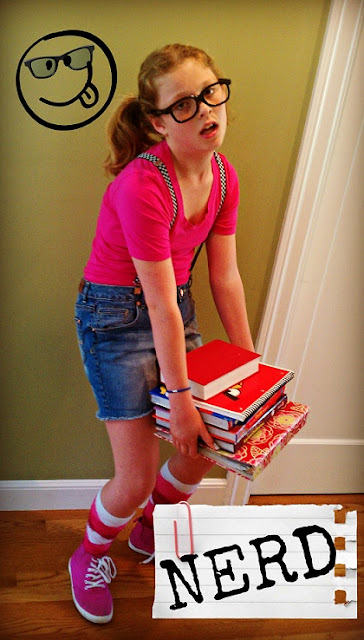 
This year The Pea and her best friend are dressing up as nerds -- although the costume they assembled is so generic, it could either be a nerd, farm girl, clown or 80's hip-hop dancer.  I would have done something totally different, but these are stubborn preteen girls, and in their minds, this is what a nerd wears:  glasses, tshirt, jeans shorts, suspenders and knee socks.  What makes it nerdy is their ability to get into character, which is not a problem for The Pea. 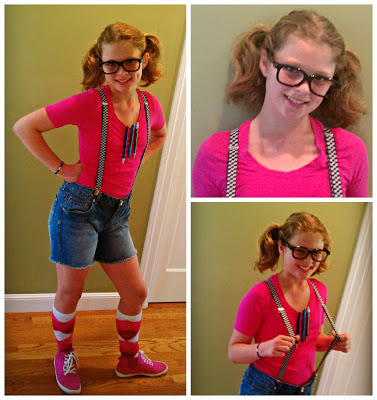 I don't think "real" nerds are quite as sassy as this one, but personally, I'm happy with her costume.  It's playful, meets her school dress code, and she can wear all the costume components after Halloween ends.  I also like it because she admits she's a bit of a nerd herself, and it shows that she's willing to poke gentle fun at herself.