Words of Wisdom for BlogHer 2011

This week I'll be joining 3,000 other bloggers in San Diego for the BlogHer 2011 conference. It's going to be my 4th straight year attending BlogHer, and I'm just as excited about going as I was in my first year. Since I've done this all before, I want to share some of the things I've learned over the years. There are already lots of other veteran BlogHer attendees who are posting advice about what to bring and what to do, but every little bit helps. Here's my two cents: 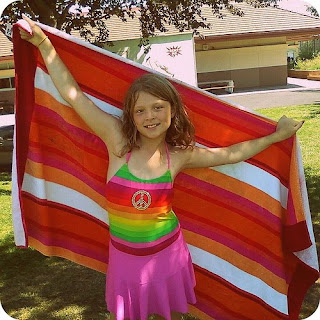 The Pea came home from summer camp today all bubbly and excited and full of stories about how much fun she had playing all sorts of water games with her friends. They were such great games that I decided to write them all down and share with everyone, because while really, all kids need to have some backyard fun with water is, well, water, these games are a great way to supplement the random splashing and spraying, especially during summer parties and playdates. The folks at Galileo Summer Quest have taken some popular games and cleverly modified them for water play. Just like those Kool-Aid mixes, all you have to do for instant kid-approval is to add some water!

Have you been to the park this summer?

Growing up in the sweltering heat of the tropics, I was raised to avoid going outdoors as much as possible -- but with this beautiful California weather I want to raise my own kids to appreciate the beauty of nature and reap the benefits of an active, outdoorsy lifestyle. We've having a "slow" summer this year -- no big trips, no fancy vacations, just two weeks of summer camp -- and we've been whiling away most of our time indoors, with trips to the library or museum, home crafts and more marathon tv sessions than I care to admit. Sometimes I need a big kick in the pants to remind me that we have a wealth of beautiful parks nearby just waiting to be enjoyed. 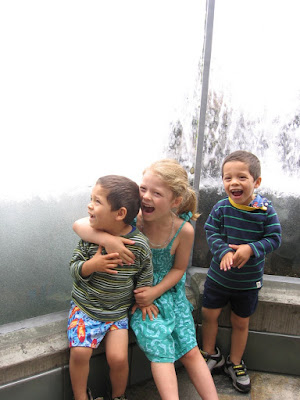 The mystery of the expanding shopping cart

After I dropped the kids off at summer camp this morning, I stopped by Target to pick up a couple of things. My intention was to spend five minutes there and get back home quickly so I could get some work done before going back to pick the boys up at noon. I really only wanted to pick up a couple of things, literally (I even brought just one shopping bag to the store with me). 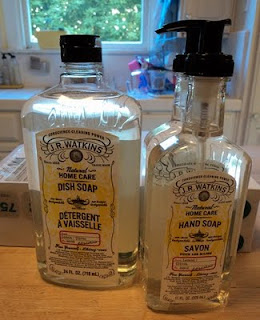 So how in the world did I end up with all this? 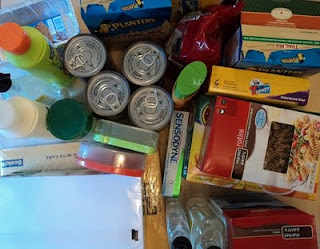 Click here to read more....
posted on Monday, July 25, 2011 Labels: about me, random things
No comments:
Email ThisBlogThis!Share to TwitterShare to FacebookShare to Pinterest

Have you seen the movie Precious? Or read Push, the book that it was based on? If you liked it, you'll probably like the author's latest book, "The Kid", which tells the story of Precious' son. I recently reviewed The Kid for the BlogHer Book Club, and everyone agrees with me when they say this book is not an easy one to read. The book is written entirely from The Kid's point of view, swear words and grammatical errors and all. Also, the abuse he has to endure is cringe-worthy. If anyone thinks removing priests who molest children don't need to be thrown in jail, just removed from their post, should read this book. The only reason I was able to keep going was the thought of this kid dancing his way to salvation (it helps that we're right in the middle of So You Think You Can Dance -- I can easily imagine him as a contestant on stage, although what he would do if Nigel Lythgoe starts trashing his performance, I have no idea!). But you'll have to read the book to find out the whole story! Read my review of The Kid over at BlogHer.
posted on Friday, July 22, 2011 Labels: BlogHer, good reads
No comments:
Email ThisBlogThis!Share to TwitterShare to FacebookShare to Pinterest A job I love

I've worked for The Savvy Source for almost 3 years now. It has been something of a dream job for me: it's part time, I can work from home, and I get to leverage the knowledge and experience I've gained from living in the Bay Area for almost 17 years, 10 of which I've spent searching near and far, high and low for places to entertain my kids. Over the years I've done all kinds of writing for them, from site reviews to book reviews to event listings to community moderation to general preschool topic writing.

My latest job incarnation involves editing the Savvy Savings and Scholarship deals that subscribers get every week; I especially love editing our local offers because I get to know about some really great offers before they go live! I'm also writing a lot of local articles with my choice of top places to go and things to do, which I love even more because I get to share my favorite places with the people who need them most: parents with young kids who want to entertain and educate them.

Check out my latest article: Five Spots for Swimming and Splashing in the Bay Area.


I'm so lucky to be doing something I love!

posted on Thursday, July 14, 2011 Labels: about me, Silicon Valley lifestyle, summer
No comments:
Email ThisBlogThis!Share to TwitterShare to FacebookShare to Pinterest

Now that July is here, 2011 is a little more than halfway over, so I thought this would be a good time to look back at some of the resolutions I made at the beginning of the year and see how I'm doing:

Click here to read more....
posted on Sunday, July 10, 2011 Labels: about me, fitness, health
3 comments:
Email ThisBlogThis!Share to TwitterShare to FacebookShare to Pinterest 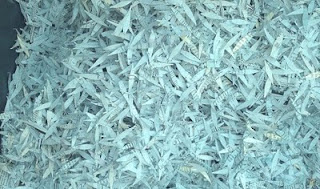 Boy am I glad our city's recycling department gave us the extra-super-large recycling bin. It's twice as big as our neighbors' bins, but we fill it up almost to the top each and every week. Granted, the neighbors aren't product review bloggers who get samples mailed to them all the time. Nor are they catalog addicts who can't bear to take themselves off companies' junk mail lists, nor do they have dads getting medical journals delivered to their homes every week. Nor do they hoard artwork, birthday cards and bank statements like they were gold. 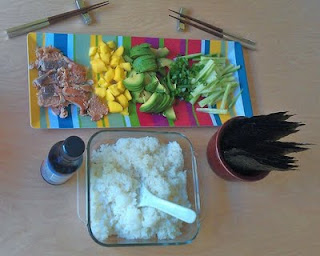