One of the nice things about vacationing in the UK is there's never any problem communicating, since there isn't any language barrier. Or Is There? Every language has its dialects, and American English and English English are so different that they have different setting on computers and phone and GPS systems. Everyone knows about tom-AIY-to versus tom-AH-to, and most people know about lifts versus elevators, petrol versus gas, diapers versus nappies, and so on. But there are so many more terms that differ across the pond. Here are a few I've already encountered after being here just 4 days: 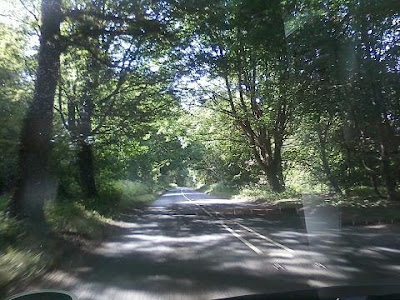 1) Freeways are motorways. The road in this photo, while not quite a motorway, is actually a main road, with a speed limit of 60mph, same as Hwy101 in Silicon Valley!

2) Hatchback cars are called estates, and sedans are saloons.

3) Speaking of GPS systems, they're called SatNavs here. We bought a UK and Europe map for our GPS -- sorry, SatNav -- so we could use it here, and it has been a great decision because we can drive anywhere we want without having to stress over maps and directions. We've even switched the voice setting from an American accent to an English one. 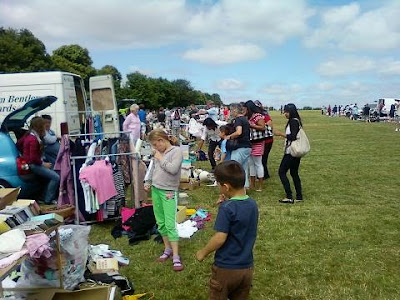 4) Garage sales are car boot sales -- literally. Instead of selling their used goods from their driveway, families sell them out of the trunk (or as they say here, boot) of their cars. Rather than doing it individually, most people seem to pay for spots at organized sales and drive their cars to the location. 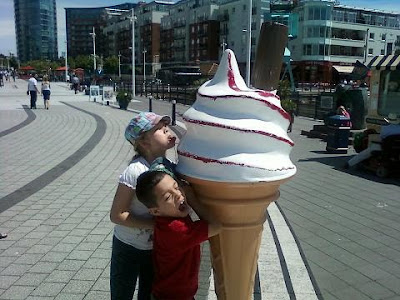 5) Popsicles are ice lollies, and soft-serve ice cream is Cornetto. To be more precise, the Brits use Cornetto in the same way I say Kleenex for tissues, Colgate for toothpaste or Xerox copies for photocopies. Another commonly used brand-name synonym used around here is Hoover and vacuum. In fact, they even use it like a verb, i.e. "I'm going to Hoover the sitting room now" (and that's another one: sitting room instead of living room -- see, I'm finding translations all the time).


6) Brits don't go on vacation, they go on holiday.


To sum up everything I've covered so far, here's a description of the photo below, written in English English:

Here's a view from Portsmouth's Spinnaker Tower, showing the harbour in the foreground and the Isle of Wight in the background. We drove up there yesterday in our rented estate car. It was a smooth, stress-free drive on the motorway, with our SatNav guiding us the whole way. The kids had a blast; they amused themselves during the drive with some books they bought at a car boot sale, and ran up and down the harbor. They even got to have some ice lollies and Cornettos as a special treat. We're having a wonderful holiday so far! 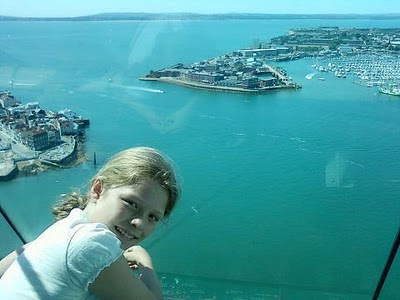 posted on Wednesday, July 07, 2010
Email ThisBlogThis!Share to TwitterShare to FacebookShare to Pinterest

You say Kleenex for toothpaste? Really? Must get confusing when you need to blow your nose ;)

Glad you're enjoying holiday - and thanks for the language lesson!

Oops, typo!! I meant Kleenex for tissues and Colgate for toothpaste. I got a bit too cut-and-paste-happy when I created this post :) I've revised the post, thanks for catching the error!