Not Having a Baby Changes Everything 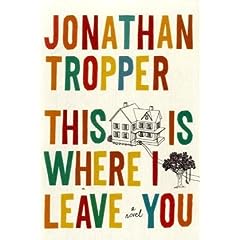 Today is the Silicon Valley Moms book club discussion day for October, and all I can think about are babies.   Every day I see dozens of babies in strollers when I drop the kids off at school; they're looking particularly adorable these days, all swaddled up in thick coats and hats to protect them from the wind and the rain.  I paid special attention to babies today because my brother and his wife are going into the hospital today to deliver their first baby via C-section.  She's got placenta previa, so I'm keeping my fingers crossed that everything is going to be alright.  They live all the way in far-off Bahrain, which I know next to nothing about, so I have to keep warding off all kinds of stereotypes about the state of development in that part of the world.  I'm pretty sure Bahrain is as modern as Dubai, and if celebrities like George Clooney and Matt Damon can vacation in Dubai, they must have great hospitals that give world-class care.  Still, I think I'll breathe a lot easier once that baby is out of her mama's tummy and all her fingers and toes have been counted.

So what do babies have to do with this book club?  Actually, babies figure prominently in October's book, This is Where I Leave You.   The main character's marriage really begins to unravel following a tragic, late-term miscarriage.  This happened to a friend of ours; at about 30 weeks, his wife went to a prenatal appointment and discovered that the baby's heart had stopped beating.  I remember driving him to the hospital from work and how awful it all was.  A year later, the wife became pregnant again; now they have two healthy boys, and although they mourn their little daughter's passing, they've moved forward and life is good.

Of course, things could easily have gone the other way, as it did in this book.  The tragedy is compounded because at precisely the time a couple should be able to lean on each other and become closer, the couple in the book, Judd and Jen,  drifted apart.   But I can see how that could happen.  In a few of my more paranoid-morbid moments, I've wondered about what Alfie and I would do if, God forbid, anything happened to our children and we were left with just each other.  In a situation like that, it would be all too easy for each of us to retreat into our own shells.  I don't know if I would have the strength to go on living, let alone keep my marriage going.    Would we go the same path as John and Louise?  Or Judd and Jen?

You know that saying, Having a Baby Changes Everything?  Well, not having a baby can also change everything.

But enough depressing thoughts.  I'm going to be an aunt today, and I'm counting my blessings.
posted on Tuesday, October 13, 2009 Labels: good reads, SV Moms
Email ThisBlogThis!Share to TwitterShare to FacebookShare to Pinterest

Congratulations on your impending auntie-hood!

Yes, a heartwrenching and touching post. I see babies everywhere because I want another one, but do feel so blessed with the ones I have. Congrats on being an auntie.

Cool post you got here. I'd like to read something more concerning this theme.
BTW look at the design I've made myself A level escort