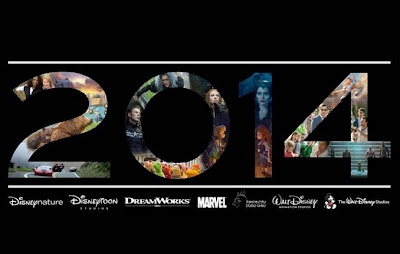 2014 has just begun, and already I'm looking forward to spending time at the movie theater!  There are dozens of great movies coming out, from sequels to popular blockbusters to movie adaptations of great books to totally original concepts.  I've put together a list of the movies I most want to see.  They're mostly family-friendly flicks, with a few blood-and-gore fantasies, a spy flick, a drama, and a comedy or two.  I doubt I'll get to see all of them on the big screen, but there's always pay per view.  Here are the 20 films I'm looking forward to in 2014, along with their US release dates.  What movies do you most want to see?

posted on Sunday, January 05, 2014 Labels: about me, movies
Email ThisBlogThis!Share to TwitterShare to FacebookShare to Pinterest