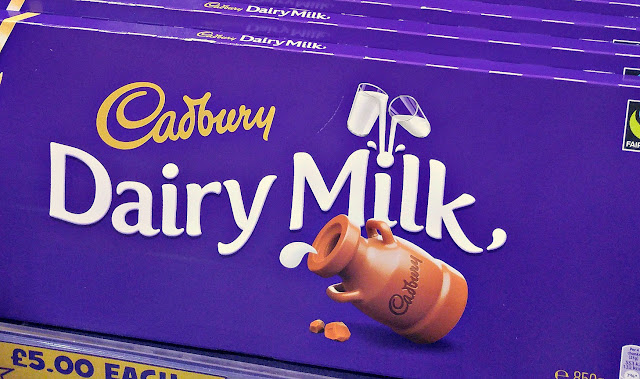 One of the things we enjoy most about visiting England is eating chocolate! While I do love an occasional (okay, frequent) Reese's Peanut Butter Cups, Hershey's Kiss or and M&M's, they pale in comparison to a Galaxy, Aero, or Cadbury Dairy Milk bar. British chocolates are just so much creamier and chocolaty-er than US chocolate! It's not just my imagination; the minimum percentage of cocoa content required in the US to be labeled as "chocolate" is 10%, while in the UK and Ireland the minimum percentage is 20%. While our true chocolate loyalties lie with Belgian chocolate (minimum 35% cocoa content), as far as chocolate candy bars are concerned we are diehard Cadbury fans.

However, if you live in the US, don't be fooled by the Cadbury bars you see being sold in drugstores and grocery stores. Those aren't made by the UK-based Cadbury company; they are actually manufactured by The Hershey Company in Hershey, PA! Hershey won the rights to manufacture and sell Cadbury chocolate to the US market in 1988. They import the Cadbury chocolate "base" -- a mixture of powdered cocoa, milk, and sugar known as "crumb" -- from the UK, but the end formulation is slightly different. Can you taste the difference? The answer is a resounding YES. 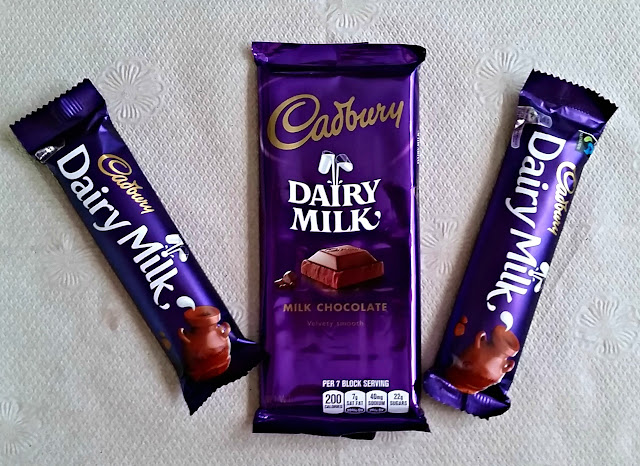 One of these things is not like the other... here are the some of the differences we noticed between the different bars:

All 3 bar wrappers have the purple background, the Cadbury signature, and the "glass-and-a-half" Dairy Milk symbol. I found it interesting that the UK-manufactured and sold bar has the Fairtrade symbol on its wrapper, but neither of the other 2 bars do. Cadbury made headlines in 2009 when it announced it was converting the Dairy Milk line to Fairtrade cocoa. I can understand why the US-manufactured bar doesn't have it (Hershey made no fairtrade promises) but why doesn't the imported bar have it? Were we eating a bar of chocolate manufactured before 2009? Have Cadbury lost the Fairtrade certification?

The US bar is shaped differently, but that's probably due to difference in serving size (I don't think Hershey's makes the 45g bars). All 3 bars had the Cadbury signature stamped onto each piece, but the US-made chocolate was very different in color than the other 2 bars. 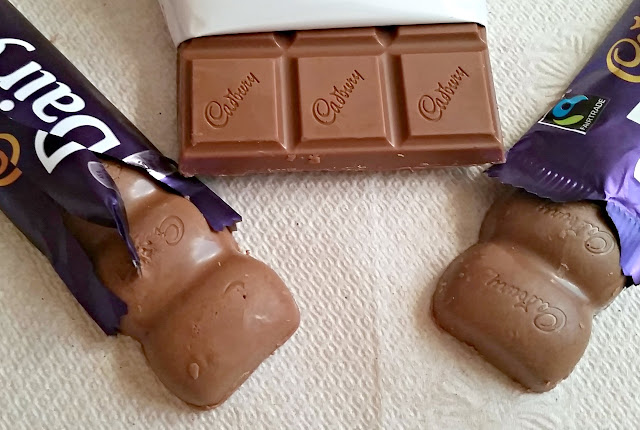 Difference #4: Taste
4 out of 5 of us could not tell the difference between the two UK-manufactured bars. Jammy claims he can taste the difference, and he proved it in a blind taste test, but since he had a 50-50 chance of getting it right, I'm taking it with a grain of salt! Maybe the bar we bought in the UK was fresher, and that explains the miniscule taste difference.

However, all of us could tell the difference between these 2 bars and the Cadbury bar made by Hershey. I'm sure I could differentiate between the two 100% of the time, even in a blind taste-test, even if I were suffering from a bad cold. I'm no chocolate connoisseur, so I don't have the right words to explain the differences, but we all noticed differences in taste and texture. The UK- manufactured Cadbury bars seemed milkier and creamier. The Hershey-made Cadbury bar seemed sweeter, and did not melt in the mouth as easily. 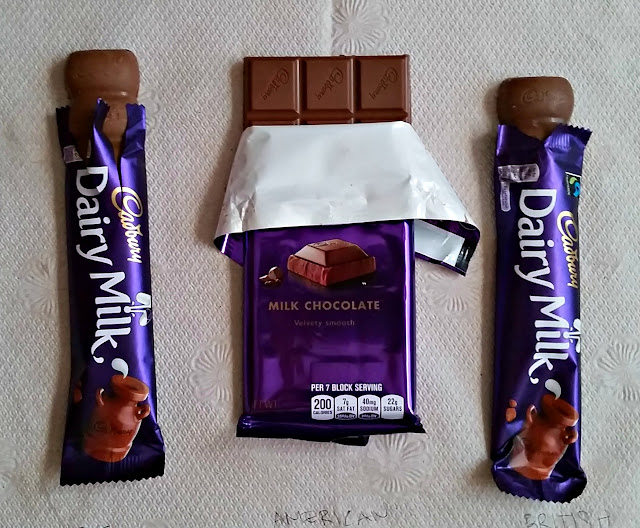