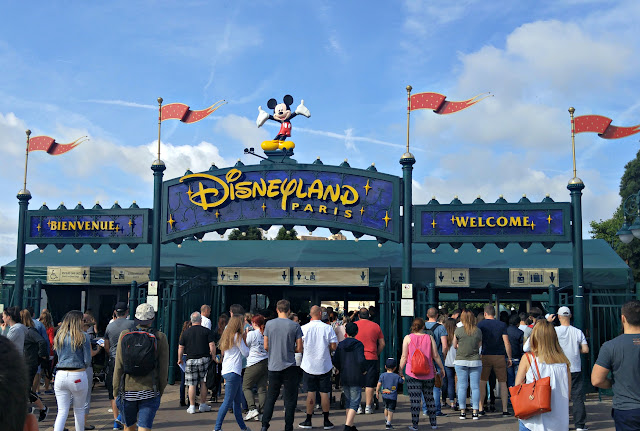 Disney has six theme parks around the world -- Florida, California, Japan, Paris, Hong Kong, and now Shanghai. Disney parks are not a "once-you've-seen-one-you've-seen-them-all" kind of thing. All parks stay true to the Disney brand, and many experiences will be the same. The Disney characters are the same, many of the rides are the same, even whole areas are the same. In all parks, you'll enjoy immaculate surroundings, friendly cast members, an immersive experience, and attention to detail. But each park has quite a few things unique to the park, and to the culture of the host country, so each park will give visitors a unique experience. That's why I want to visit all the Disney Parks around the world before I die!


Last week I got to check off one more item on my bucket list when we visited Disneyland Paris for the first time ever. As I suspected, no matter how many times you have been to your nearest Disney park, your experiences at Disneyland Paris will be different. Attractions unique to Disneyland Paris include -- Space Mountain: Mission 2, Indiana Jones et le Temple du Péril, Ratatouille, Crush's Coaster, RC Racers, Cinemagique, Animagique, Armageddon – Les Effets Speciaux, La Tanière du Dragon, and Alice's Curious Labyrinth. Some attractions bear the same (or similar) names, but have been tweaked slightly-- It's a Small World, Phantom Manor, Autopia, Pirates of the Caribbean, to name a few.

But I'm not just talking about different layouts, attractions, stores, and restaurants. I noticed quite a few subtle differences between Disneyland Paris and Disneyland in Anaheim. I've only been to Walt Disney World twice (for the moment!), so I'm not as familiar with that park, but for the most part, I'm guessing these differences apply to WDW as well. Here are 12 more ways Disneyland Paris is different: 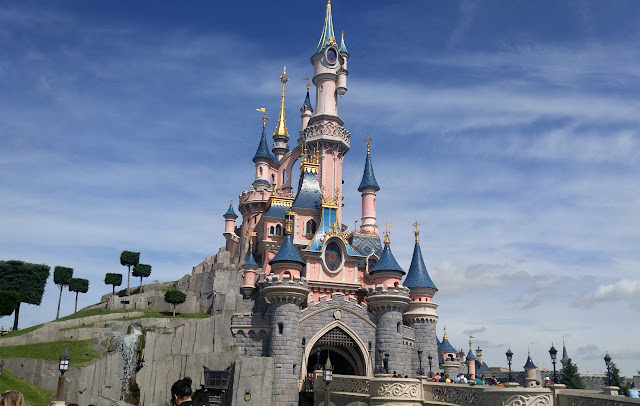 Many people who have visited multiple Disney parks have said that Disneyland Paris is the prettiest of all, and I can see why. 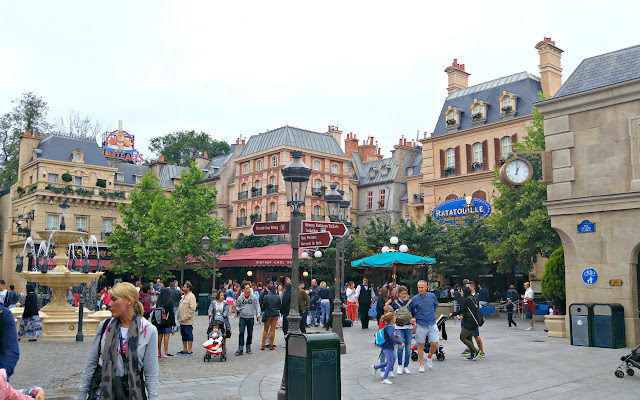 The buildings and landscaping of Disneyland Paris have a fairytale quality to them. The Victorian-style buildings of Main Street USA are wonderfully elaborate, while Discoveryland (translation to Disneyland Anaheim = Tomorrowland) has a vintage Jules Verne, steampunk feel. Adventureland has a romantic British Colonial vibe, while Fantasyland is a burst of color, a fairytale come to life. Over at Walt Disney Studios, Remy's Plaza looks like it came straight out of a Paris suburb. (Note: More about this in future posts!) 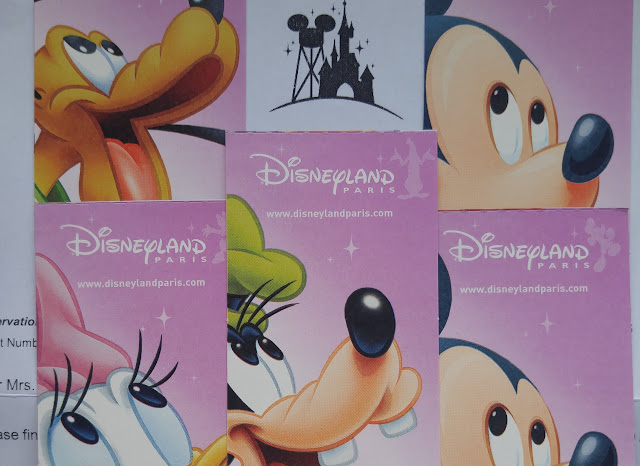 Discounted tickets to Disneyland and Walt Disney World are almost impossible to find, but I was able to buy discounted tickets to Disneyland Paris right from the official website! Tickets in the off-season are significantly cheaper; our one-day park hopper passes were just £36 each (regular price £68)! The discount was valid till July 1. School in the UK and most of Europe doesn't get out until mid-July, so if you live in the US, try to visit in June. 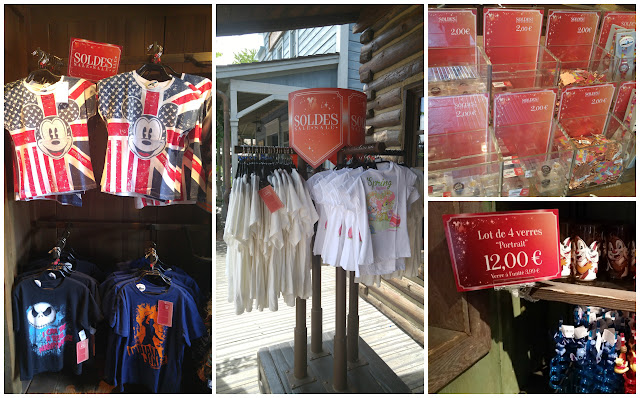 I have never seen any merchandise on sale at a store inside a park, or even at the Disney Stores just outside the park. I was floored to see a ton of Solde (sale) signs throughout the park! They had shirts, sweatshirts, caps, and bags, as well as smaller souvenirs like keychains and pencils and toys on sale. Some of the items were on sale for as much as 50% off. 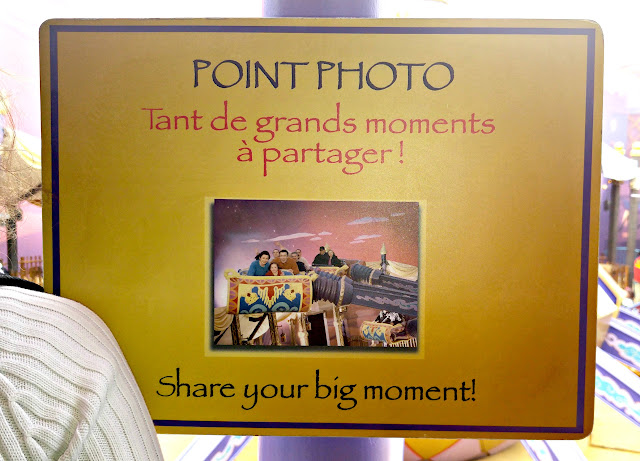 Disneyland Paris gets visitors from all over Europe, so they've tried to be as accommodating as possible by posting signs in French and English, and occasionally also in German and Spanish. Every cast member speaks at least one language other than French (just look at the flag pins on their clothes). Narrations in shows and attractions are always done in French and English. 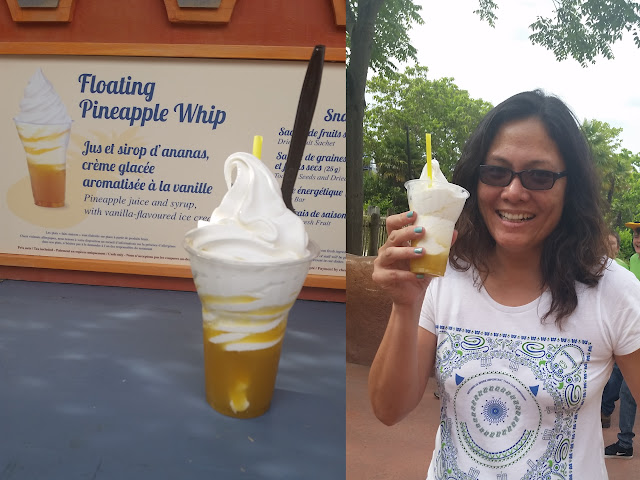 Disneyland Paris' version of everyone's favorite Disney parks dessert is good, but it's a poor shadow of its original self. It isn't even called Dole Pineapple Whip; it's called Floating Pineapple Whip. The French version has syrup mixed in with pineapple juice, and uses soft serve vanilla ice cream instead of pineapple soft serve. Saddest of all, it does not include a maraschino cherry nor a paper umbrella! 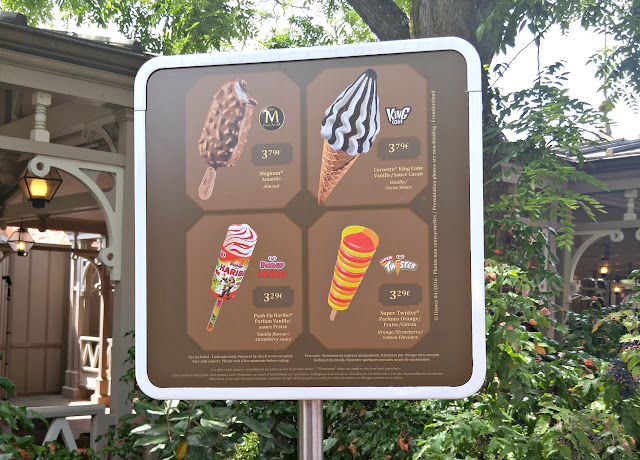 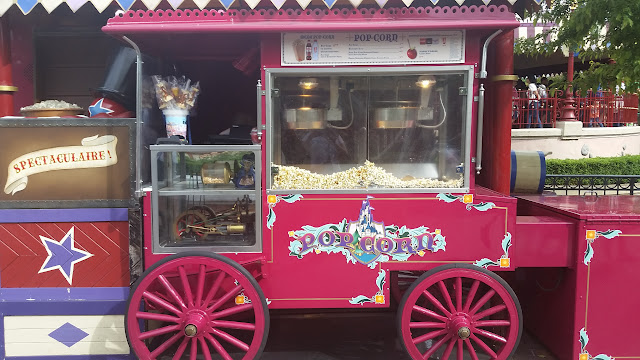 When visitors buy popcorn from a cart, they are given a choice of sweet (sucre) or salty (salé). I mentioned sucre first because based on my totally statistically significant sampling, more people seem to prefer sweet popcorn (all 3 people in the line in front of me ordered sweet popcorn). The popcorn carts have 2 separate sections for both kinds of popcorn so it doesn't take any longer to get your order filled.


No free cups of water 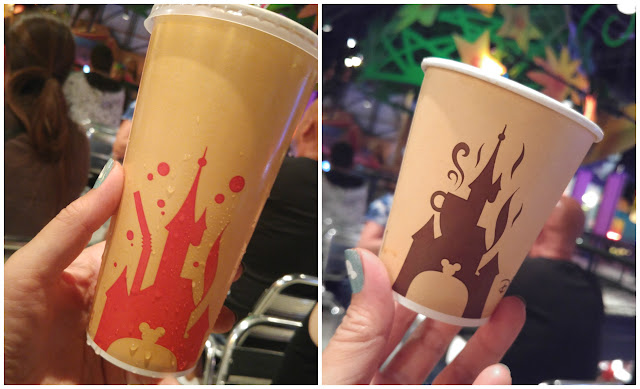 At Disneyland we are used to walking into quick service restaurants and asking for a free cup of ice cold water. When I did the same thing in Disneyland Paris, the cast member behind the counter looked confused, and when I tried to explain, she shook her head and pointed to the bottles of water for sale. Lesson learned -- bring your own water bottles to Disneyland Paris!


Mickey and Minnie ears are not a thing
3Po was looking forward to buying a Paris-exclusive set of classic Mickey ears, so he was acutely disappointed to realize that there were no Mickey ears on sale anywhere. ZERO. The only Minnie ears for sale were the basic red bow kind and a few animal-print Minnie ears in Adventureland. 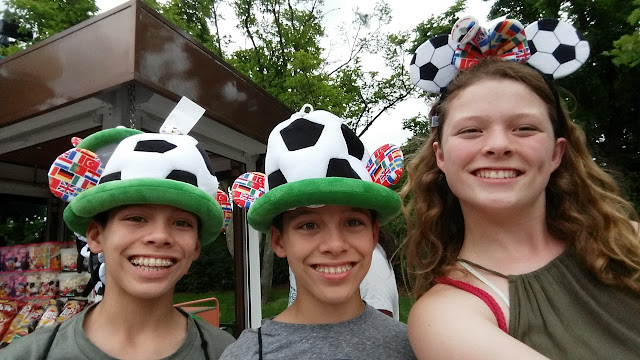 The silver lining: a few stores had special soccer-themed Minnie ears and a soccer-themed Mickey ear hat to celebrate the EURO 2016 football tournament (currently being played out in France), on sale for half off. 3Po passed on the Mickey ears because they didn't look quite right. I, however, ended up with a pair of Minnie ears that match my interests! 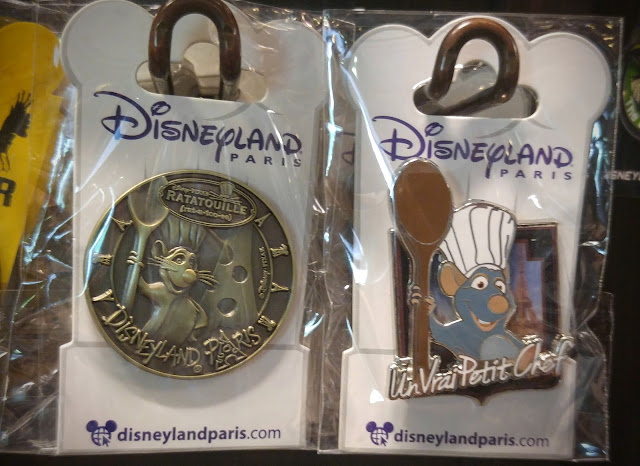 Pin trading is not as popular at Disneyland Paris. Disneyland Paris does release their own sets of pins, and they do have trading days for pin enthusiasts, but fewer cast members have pins to trade, and even fewer people wear pin lanyards. Cast members do wear pins on their clothes, but those pins belong to them; cast member pin trading is only done in stores. I was a bit intimidated by stories I had read about cast members being snooty and selective about pin trading, but that never happened to me. (Note: More about this in a future post!) 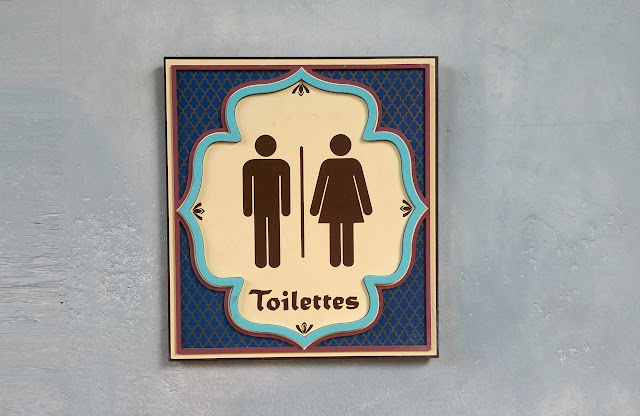 Ultra-conservative families might have a heart attack when they use the restrooms (BTW they're commonly referred to as toilets)  at Disneyland Paris, because toilets are staffed by cast members of both genders. I saw both male and female attendants in the female restroom, and Alfie saw male and female attendants in the male restroom. No one cared whatsoever; Alfie told me the little old lady began mopping the floor beside him as he was peeing! See, North Carolina and HB2 could learn a thing or two from Disneyland Paris!


People smoke
I've never seen anyone smoke at a Disney park before visiting Disneyland Paris. According to the DLP website, smoking is prohibited in outdoor and indoor areas, save for designated smoking areas (similar to the US parks rule).... but the French don't seem to have heard of it, or they ignore it, and cast members don't enforce it. We saw -- and smelled -- quite a few smokers around us all day.


People slow down
Every time we visit Disneyland, there are always people rushing from one end of the park to the other, people running to beat the lines, people darting through the crowds to snag a spot. Sometimes I feel like people walking beside me are scoping me out, wondering if we're on our way to the same attraction, wondering whether to begin a race to get there first.

We noticed the difference as soon as we stepped off our shuttle bus. It was 10 minutes before park opening and no one was running! All day, people seemed much less frantic, and more casual. I'm one of those people whose pace automatically speeds up at a theme park, so this was a totally relaxing experience.

posted on Wednesday, July 06, 2016 Labels: Disney magic, family, things to do, travel
Email ThisBlogThis!Share to TwitterShare to FacebookShare to Pinterest