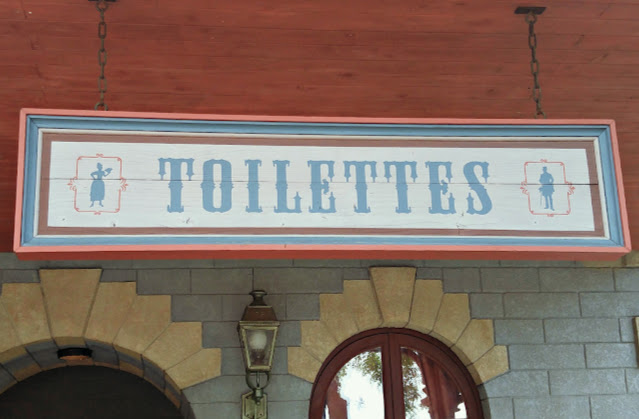 If you want evidence of Disney's attention to detail, look no further than their theme park restroom signs. Their restroom signs are always clever and witty, and they always match the theme or decor of their surroundings. It has been a while since I've posted photos of Disney restroom signs, because I think I've posted all of the ones around the Disneyland Resort, and I haven't been to any other Disney Park in a while.

We recently visited Disneyland Paris for the first time, so I got to experience the pleasure of finding and photographing new restroom signs all over the park (much to the chagrin of my family, and to the confusion of the other park visitors!). We only had 1 day in each of DLP's 2 theme parks (Disneyland Park and Walt Disney Studios Park), and I wanted to spend most of it on rides, not on finding restrooms, so this list is by no means complete. However, I think I've got enough samples to convince me that the tradition of beautiful and clever restroom signs is alive and well at Disneyland Paris. Check out the photos below and see if you agree with me!

These cowboy/cowgirl signs are exquisite. Check out the vintage tellyphone sign! 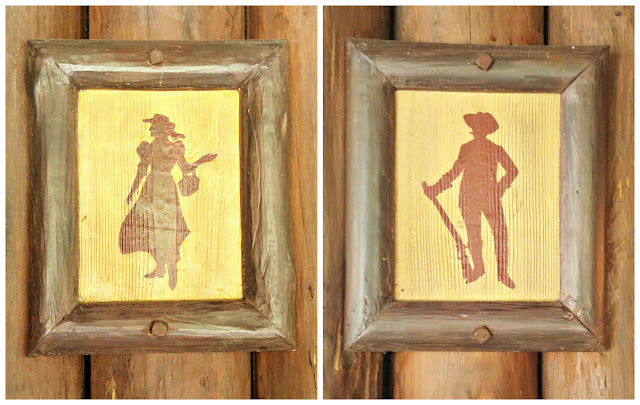 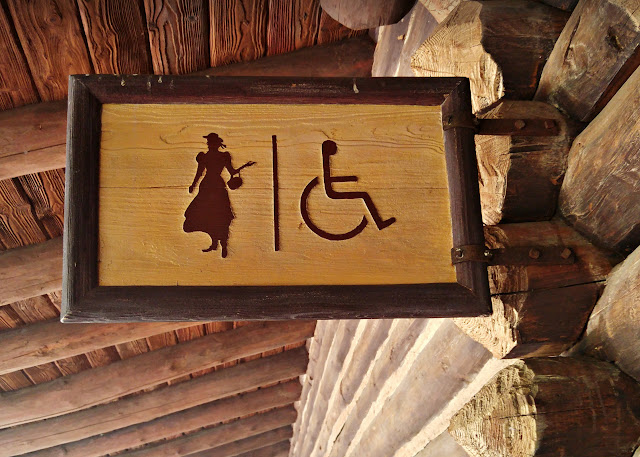 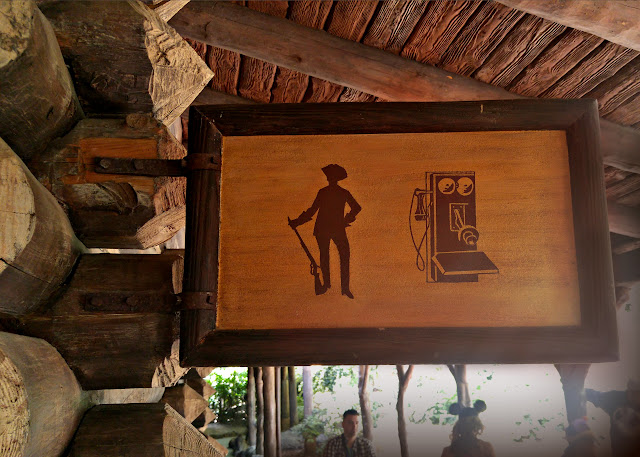 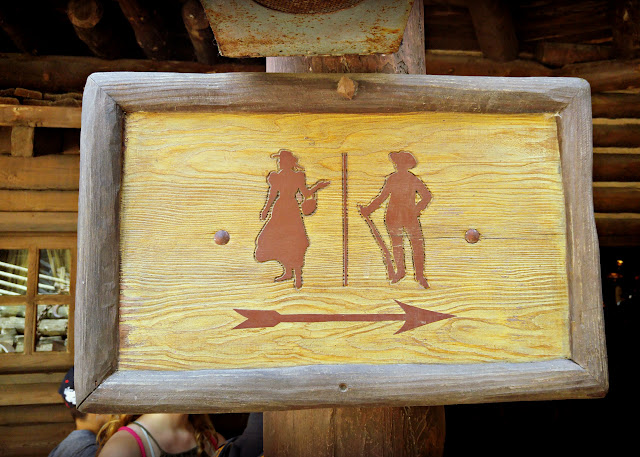 These restrooms are located near the Fuente Del Oro restaurant, which is also in Frontierland, but has a more Spanish/Mexican theme. 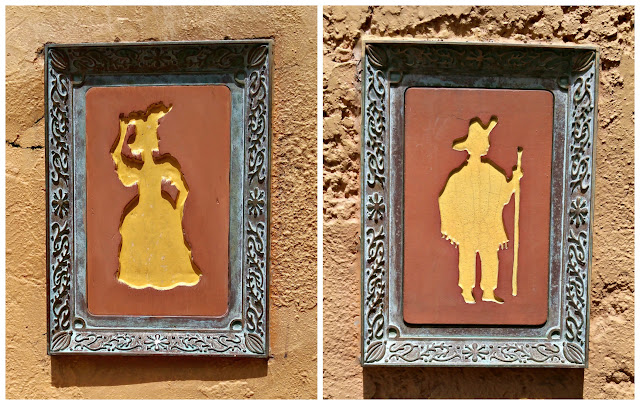 Wow, we must have drunk a lot of water in Frontierland!  These restrooms are also located in Frontierland, near Phantom Manor. The manor is built in the Western Victorian style, which explains the man's top hat as well as the woman's bustle, high collar and spats. 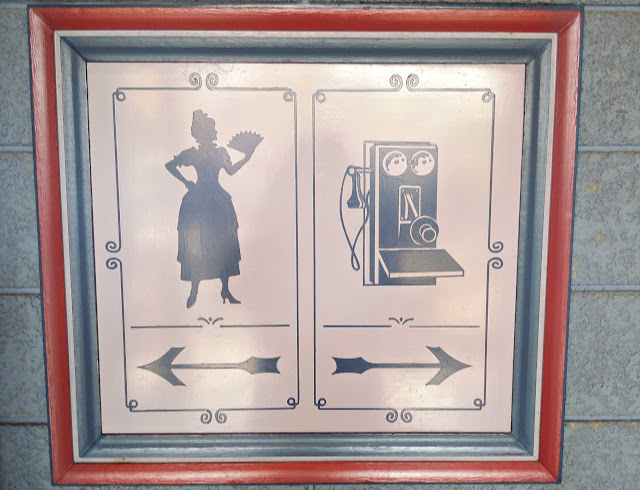 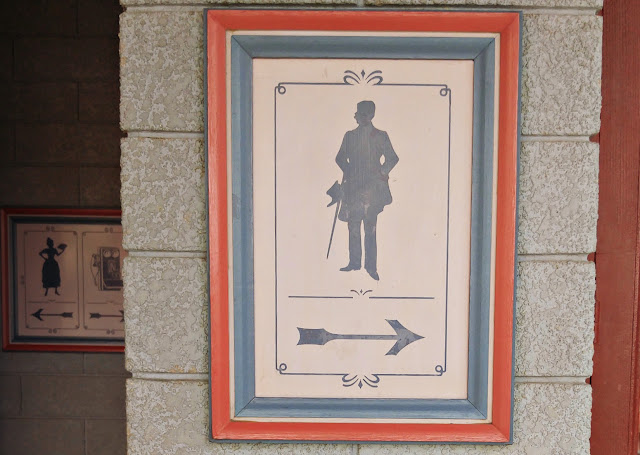 I found these signs at the Adventureland entrance near Main Street. This area had a Middle Eastern theme, like Agrabah. 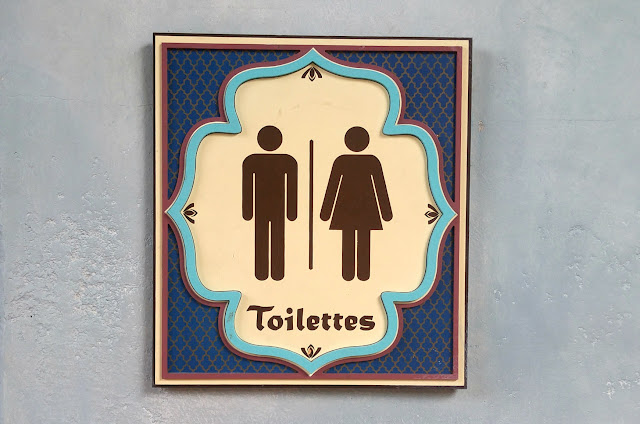 These signs were also in Adventureland, but situated nearer the Indiana Jones ride, which had a more tropical British Colonial theme. I love how the family restroom has pictures of the entire family! 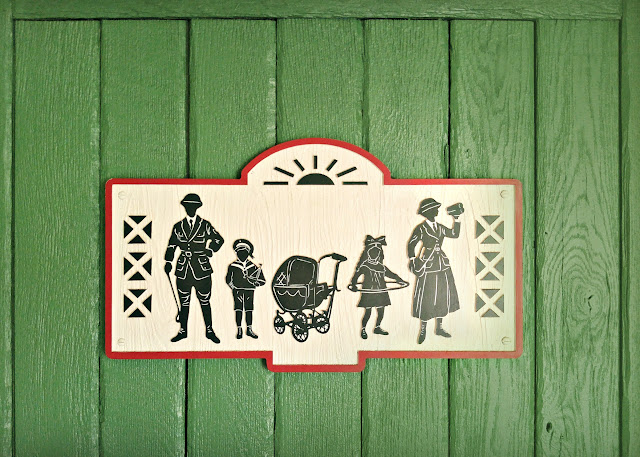 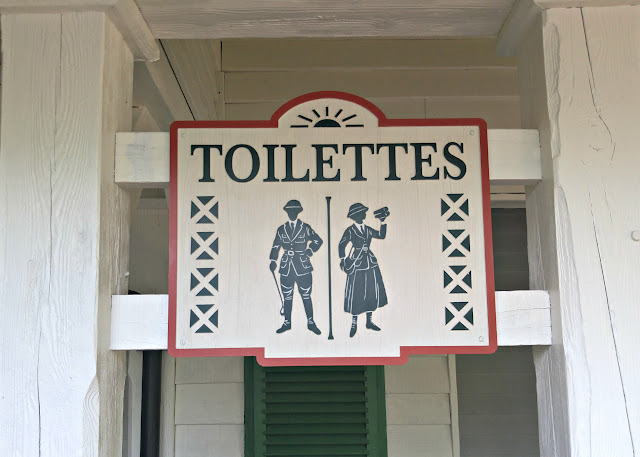 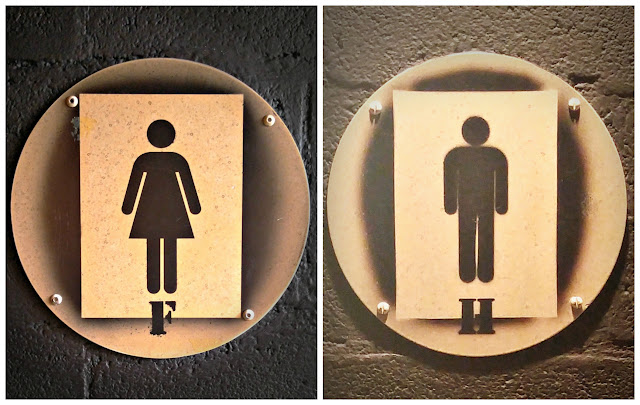 Honestly, I have no idea where in the park these restrooms are located. I only now they are somewhere in Hollywood Studios Park, but I cannot even guess from the design where I took them! If I ever remember (or if one of the kids remembers), I promise I'll update this post! 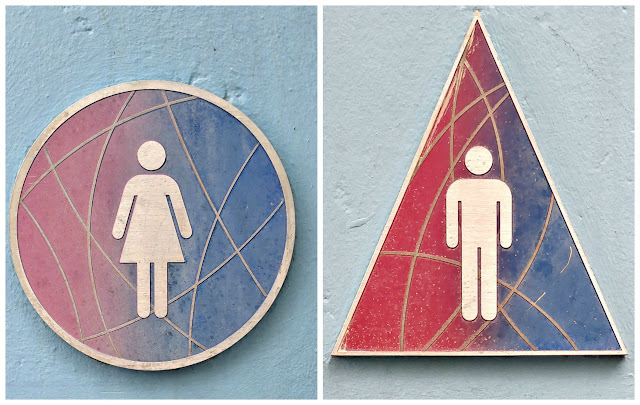 Like I said, this is by no means an exhaustive list. I guess I'll just have to go back to Disneyland Paris and hope I get the urge to pee in a different area of the park!