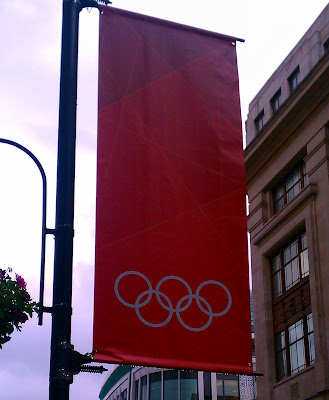 It's less than a week till the London 2012 Olympic games, and the whole nation is excited!  All the newspapers have daily Olympic inserts featuring Olympic athletes and updates on the preparations for the games.  It's not all good news -- there are reports of lost athletic equipment, 4-hour detours, and traffic congestion and confusion due to the special Olympic traffic lanes around London and the other games venues.  But for the most part, everyone is getting into the spirit.  It's hard not to, what with the whole of London putting on its Olympic party clothes!   Here are some of the Olympic trappings I've seen around: 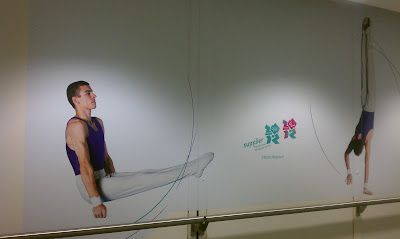 Heathrow travelers are greeted with life-sized posters of Olympic athletes. 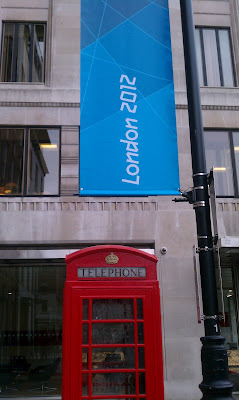 There are Olympics posters and banners all over London streets. 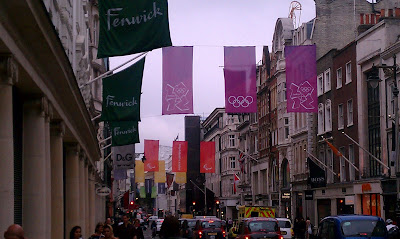 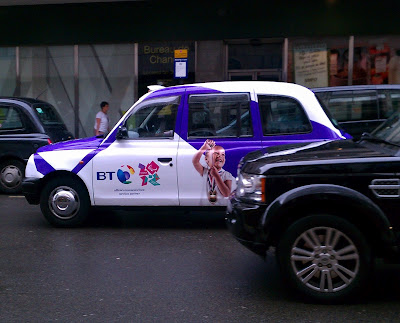 Many cabs and double-decker buses have been decorated with Olympics-themed "skins".

Regent Street is decorated with each of the 206 national flags of the nations competing in the Olympics. 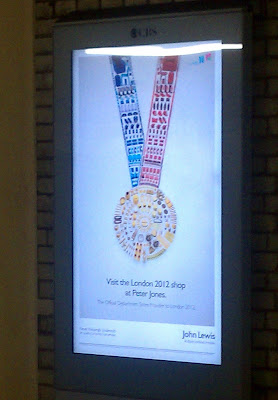 I saw tons of Olympic-themed ads on the Tube.  The official Olympics sponsors are definitely making the most of their Olympics association, and getting all the exposure they can.  Many ads feature buff, muscled Olympic athletes; I have to admit that I'm enjoying all the eye candy! 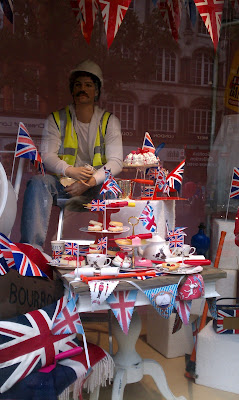 Stores and companies have also gotten into the spirit, decorating their store windows with Olympics-themed displays. Many are generic, "Go Britain"-type displays(I guess they're not allowed to use the Olympic logo or Team GB logo, or even the word "Olympics"), like this window display at Selfridge's..... 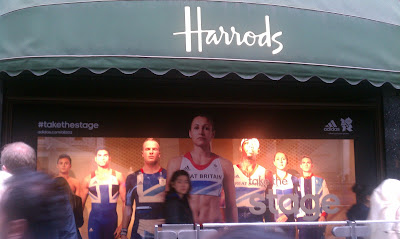 ..... but Harrods has a display with Team GB athletes in official gear, with the full official logos.

Even  Tower Bridge is celebrating the Olympics!

Cool! What an exciting time.