Disney's Planes: Celebrating the release of the movie and the videogame 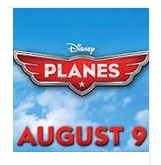 As a blogger, I've had the opportunity to see a few movies a few days before they appear in theatres; the publicity arm of the movie studio usually invites media (film critics, entertainment writers, bloggers, etc..) to advanced screenings two or three days before the movie's general release.  But this week's  Disney Planes event was probably the most advanced Advanced Screening I've ever been to -- a full 10 days before the movie's release, even before the LA red carpet premiere!
Before the movie began, we met the director, Klay Hall, and the producer, Traci Balthazor, who gave us an introduction to the movie and showed us a short film clip about the planes and pilots that were the inspiration behind the characters.  They also answered questions from the attendees and shared a few choice tidbits about scenes in the movie (I'd tell you, but I'd have to kill you.  Seriously.  You'll just have to wait for my review of the movie.  Same with the movie.  There's an embargo on movie review until the 7th, and I'm not about to risk my media credentials with Disney just to be the first to spill the beans!).

After the movie ended, we all trooped to the Palomar Hotel, where we dined on ahi tuna appetizers, sliders, gourmet mac-n-cheese (choice of gruyere, mozarella or goat cheese!) and chicken fingers.  For dessert, we were treated to a build-your-own sundae bar, complete with sprinkles, cherries, nuts and other toppings served in adorable Mickey bowls. 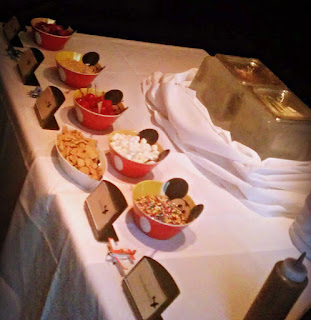 Four tv screens were set up so kids could try out the new Disney Planes video game, coming out on August 6.  It will be available on PC and on Nintendo platforms: Wii, Wii U, DS and 3DS. 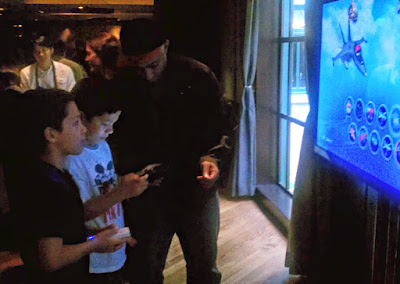 The boys loved the game so much that they refused to stop playing it, even when I told them that a Disney artist had arrived and was drawing Planes characters for kids to take home.  I kept trying to convince them to line up with me and The Pea, but those boys can be stubborn. 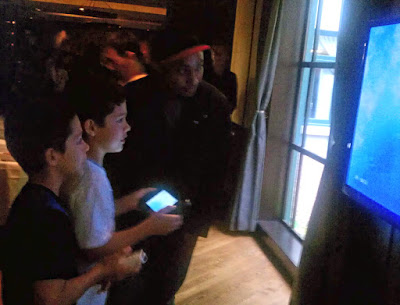 Of course, it turns out that mother really does know best.  The Disney Planes story artist, Art Hernandez, turned out to be the highlight of everyone's evening. He was amazing -- you name the Planes character, he could draw it.  Kids and grownups lined up for his sketches all night long. 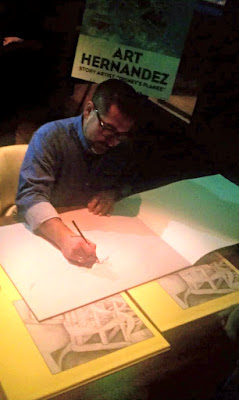 How do I know that people lined up all night?  Because once 3Po and Jammy gave up the game consoles to the next kids in line, they saw the awesome Ishani plane that Mr. Hernandez had drawn for The Pea, they decided they wanted their own hand-drawn, hand-signed Planes character sketch too. 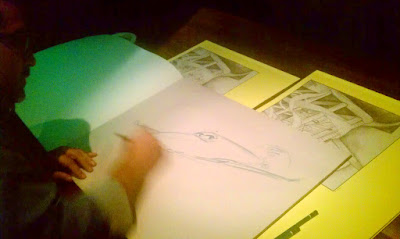 By that time, of course, the line was out the door, and the boys ended up being the very last two kids that Mr. |Hernandez drew for.  So we were one of those people who lined up all night. See kids, Listen To Your Mother!! 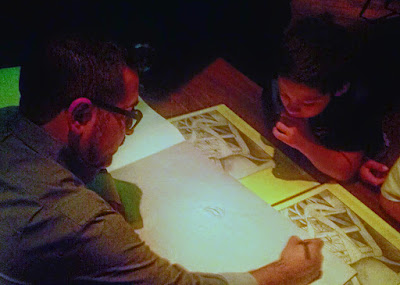 In the end, even though we had to wait in line for almost an hour and got home at 10:30PM, we all agreed it was worth the wait. 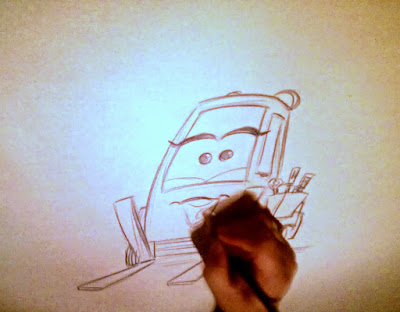 There aren't many things I will line up for an hour to get.  Any theme park ride (even Disney), no. Rolling Stones tickets, yes.  An original drawing, signed and dedicated by a Disney story artist, yes.
We are now the proud owners of an original Ishani, Bulldog, Alpha and Dottie!   The kids want to have the sketches framed and hung on their bedroom walls.  It's the perfect souvenir of a good movie and a good party.

Speaking of the movie, I've already mentioned that I'm not allowed to talk about the movie at this point, but I will risk saying this: Disney's Planes is really entertaining, and it will have you on the edge of your seats.  It almost had me running for the bathroom -- but that's it!  Not another word! Just go watch it!


Disclosure: My family and I were invited to an advanced screening of Disney's Planes courtesy of The Walt Disney Company.  Disney also invited us to a blogger dinner after the screening.