What's in our lunch? 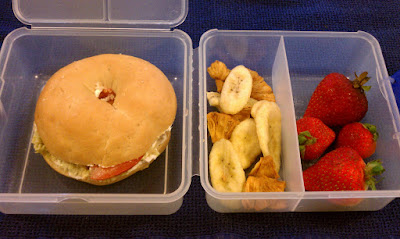 It has been a while since I've done a post about what we're having for dinner.  Although I'm happy to note that I've been really good about making most of our dinners from scratch, and about keeping us meat-free most days of the week, the truth is that I've found myself too lazy lacking the inspiration to post about it week after week.


Since we're at the beginning of the schoolyear, I've been more motivated about packing lunches than planning dinners, so I thought I'd give my "Seven Days of Dinner" post series a bit of a twist. Instead of featuring dinners, for the next few months I'll be featuring the lunches I'm packing for the kids instead of the dinners.  Deciding what to pack for lunch can sometimes be even more of a challenge than deciding what to cook for dinner, because I usually plan for lunch about 5 minutes before I pack it -- and I don't intend to change.  So rather than plan for the week ahead, I'm going to feature some of the lunches that I packed the week before.  And to make things more interesting, I'm going to try and take a photo of each lunch that I pack.

Now, I'm not the greatest photographer in the world, and with my time-crunched morning routine, I don't have much time to spend styling the food and making everything look pretty, so my photos aren't going to look as adorable or appealing as some of the amazing bento box lunches I've seen.  But if you're pressed for time, you might find some lunch ideas that will work for your family.  With that in mind, here are some of the lunches I packed last week: 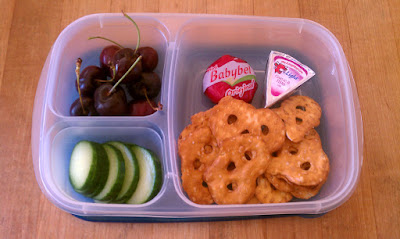 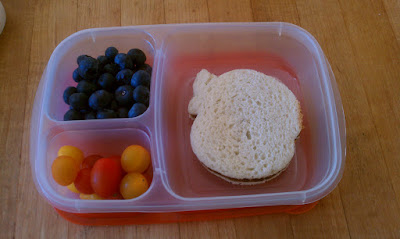 Chicken salad and sliced tomatoes on a bagel, dried bananas + pineapples, and strawberries.