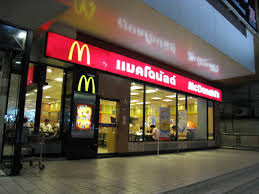 McDonald's Thailand has its share of unique menu items, such as the Samurai Pork Burger and McFish Dippers; unfortunately, we never got to try any of them. We were in Bangkok for such a short time (3 days) that I decided to prioritize the wonderful native Thai cuisine. However, we did drop by a McDonald's for a late night snack (a soft serve ice cream cone dipped in a hard mango-flavored candy shell).

One of the things I loved best about McDonald's in Bangkok was their depiction of Ronald McDonald. Most McDonald's restaurants have a statue of Ronald McDonald welcoming customers into the restaurant, but the ones in Bangkok have Ronald assuming the traditional Thai welcoming wai pose (slighly bowing, with hands pressed together in prayer-like stance). Everyone around Bangkok, from doormen to vendors to receptionists, greeted us in the wai pose, so I thought it was a delightful way of incorporating Thai culture into McDonald's. 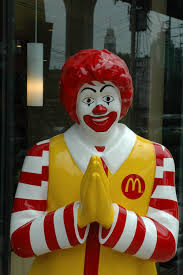 Thai pineapples are among the sweetest in the world (sorry, I'm reserving top honors for pineapples from the south Philippines), so it's not surprising that McDonald's would have a pineapple pie instead of the American apple pie. 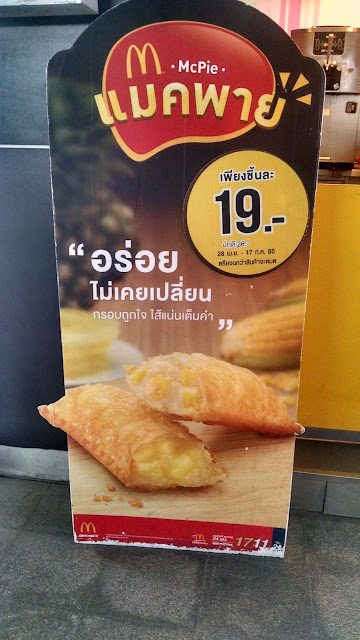 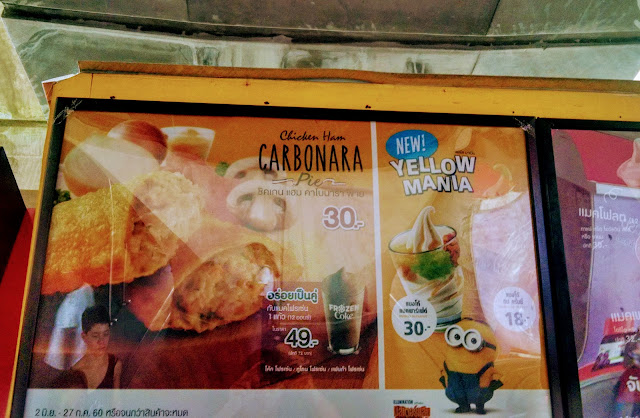 Alfie and I have already decided that we're going back to Bangkok someday. Whenever that happens, hopefully we'll have more time to sample the local McDonald's delights.