photo courtesy of ushistory.org
Today is Day 2 of The Pea's school field trip to the Coloma Outdoor Discovery School. By tonight she will have learned a lot about the culture of the people during the California Gold Rush through songs, skits, demonstrations and other hands-on activities.

She'll also have read my first letter, dated March 30 1849 (parents were asked to write 2 letters to their children, writing as though it were Gold Rush times and our children were out in the gold fields), and no doubt will be looking forward to receiving the second one. Since neither Alfie nor I accompanied the class as parent chaperones (not that I mind: slaving away at a learning station all day, eating hotdogs and getting 20 excited fourth graders to go to bed with no cellphone coverage or internet connection for 3 days is not my idea of fun), I figured my way of contributing to her Gold Rush experience would be to make my letters as kickass 1849-style as entertaining, encouraging and authentic as possible. You be the judge as to whether I've succeeded.

Today we sent The Pea off on a 3-day school trip to the Coloma Outdoor Discovery School. For the next 3 days she'll be hiking, baking cornbread, panning for gold, and learning about life during the Gold Rush times. It's a fabulous opportunity for her to gain some hands-on learning, not to mention a sense of responsibility and independence.

To further immerse the kids in their experience, parents are asked to write two letters to their children. The letters will be given to the kids at bedtime, one letter for each night they're away. We're supposed to pretend it's 1849 and our children are actually away in the gold fields. Apparently some parents really go all out to the point of aging the paper they write on.

I won't pretend I didn't think about soaking my paper in a tea bath to give it that yellowed look, but I didn't have time, so I had to content myself with sealing the envelope with sealing wax and a signet stamper (hopefully that will merit a few "cool" points among her friends). Here's what I wrote for Day 1: 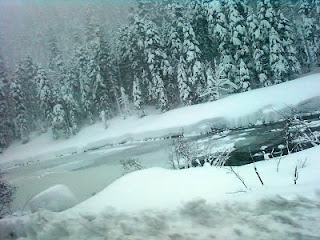 Restoring the Simple Joys of Maidenhood

I think perhaps that all the time I've spent with Alfie has dragged my mind into the (rain) gutter, because if I had seen this flyer fifteen years ago, I never would have looked twice at it. But I'm sure that if you put up an ad for Hyman Restoration Services anywhere in the UK, people would think it was funny. Bloody funny.
posted on Monday, March 21, 2011 Labels: funny stuff
No comments:
Email ThisBlogThis!Share to TwitterShare to FacebookShare to Pinterest

Pah! Who needs an Oscar when you've got this?

It has been a while since I've been picked to join a blog meme, so I was surprised and delighted to find that blogger Biz e-Mom nominated me for a Stylish Blogger Award. I have to admit, I'm not the first person in the world one would associate with the word "Stylish". Here are seven reasons why:

Click here to read more....
posted on Tuesday, March 15, 2011 Labels: about me, blogging
4 comments:
Email ThisBlogThis!Share to TwitterShare to FacebookShare to Pinterest

It's Time to Ski!

Having grown up in a tropical country, I've always envied people who can ski, especially kids; I love the way they schuss down the slopes with no fear whatsoever. So two years ago, when the kids started clamoring to learn to ski and snowboard, I really wanted to let them -- but we decided to wait and see. The 2 main drawbacks in my mind were safety and cost; safety, because neither Alfie nor I are skiers so there was no way we could teach them or protect them or even accompany them, and cost, because, well, skis and snowboards and lift tickets and helmets and lessons cost a lot.

Now here we are, two years later, having just completed our first family ski trip and already looking forward to planning another one! So what has changed? 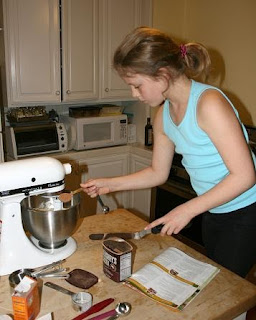 I always knew I'd own a Kitchen Mixer. My mother owned one, and I have many happy childhood memories baking cookies and brownies and cakes with that mixer. She always said a Kitchen Aid mixer was expensive, but it would last a lifetime, and my 9-year-old self really took that to heart.

Until a couple of weeks ago, the only way I could take a self-portrait was to stand in front of a mirror, or hold the camera at arm's length and end up with a huge, distorted face. 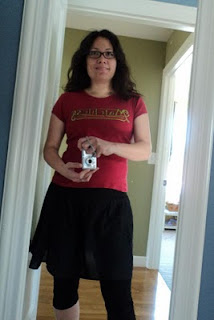