Olympics: how sweet it is 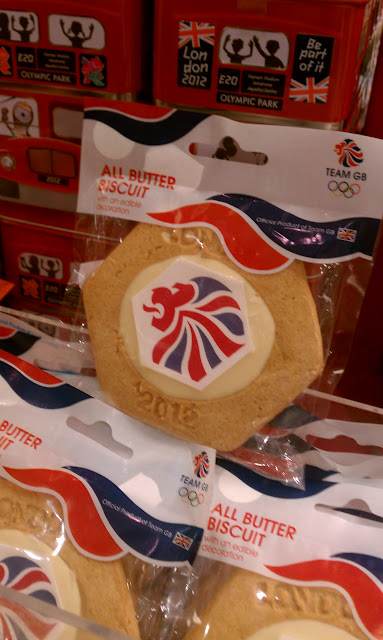 My obsession with the Olympics continues... the Brits are beginning to look at me strangely, because I can't seem to stop taking photos whenever I see a product with an Olympics logo.   I was at Selfridge's Food Hall last week, and there was I was impressed by the number of Olympics-themed edibles (both licensed and unlicensed) the Olympics-crazed consumers could consume.  From candy to cookies to cakes to crisps to coke, companies are offcompanies are taking the word "consumer" literally!  Here are my favorites: 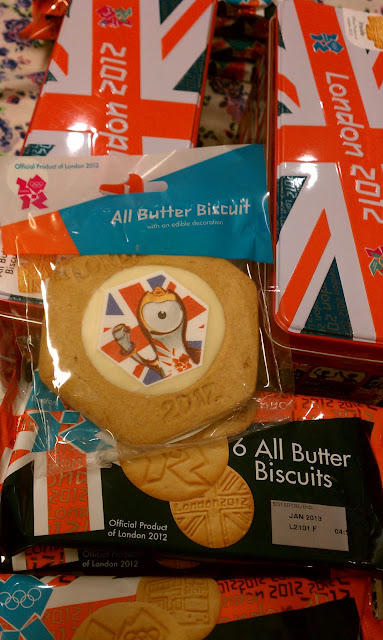 Would you pay a premium for Official London 2012 cookies (or, as the British call them, biscuits)?  Sure, the frosted mascot and Olympic medal designs are cute, but it's not like you can keep them as a souvenir.   They did have cookies in special Olympics tins, which I would totally buy: after the cookies are gone, I can use the tin to store my souvenir Olympics pins, key chains, pens, snowglobes, coins... on second thought, maybe the frosted cookies would be better for my budget. 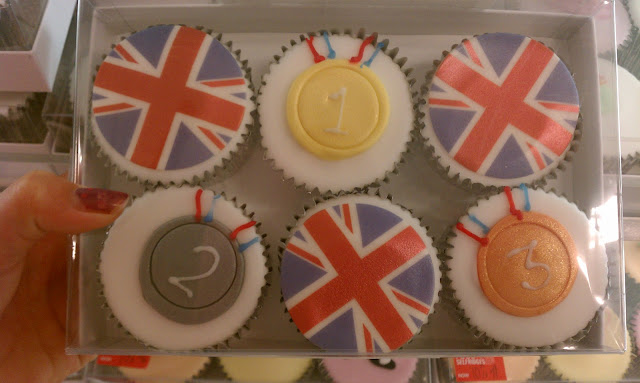 These cupcakes (or, as the British call them, fairy cakes) would be great for your opening ceremony viewing party! 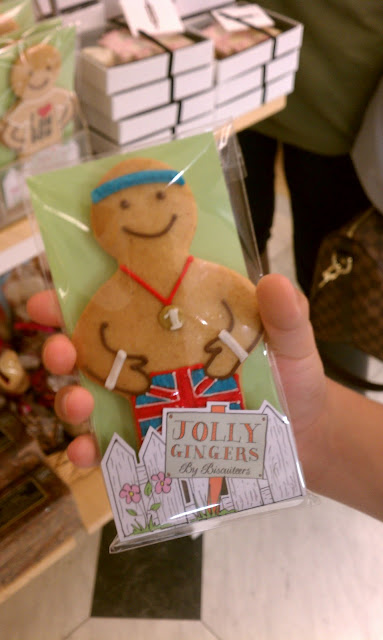 My kids begged me to buy these athlete gingerbread men (or, as the British call them, gingerbread men).  Can you imagine this little guy singing, "Run, run, as fast as you can, you can't catch me, I'm the gingerbread man.... in fact, I'm so fast, I'll be giving Usain Bolt a run for his money in the 100 meter race!" 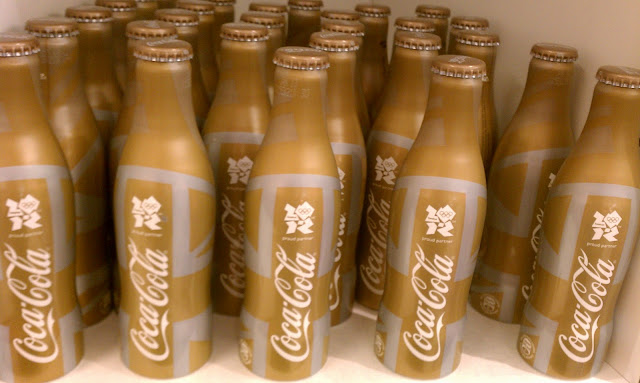 This is the reason we were at Selfridges in the first place: I discovered on the internet that Selfridge's was selling limited edition gold Coke bottles, exclusive to Selfridge's.  The week before, we were given free Coke when we saw the Olympic torch at Salisbury (Coca-Cola is the Torch Relay's presenting partner, i.e. major sponsor), and The Pea really liked the cool aluminum bottle designs (see photo below).  She wants to take the empty bottles home to show her friends, so I thought the gold bottle would make a nice addition to her collection. 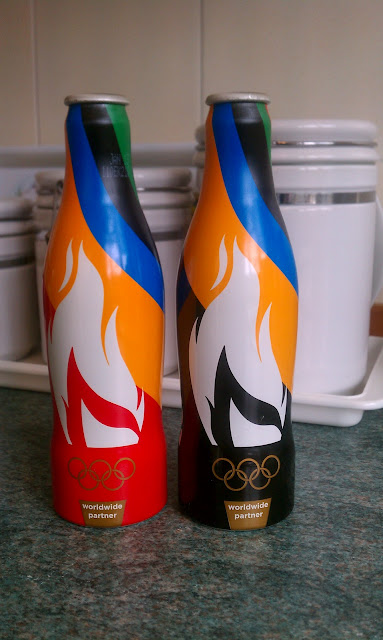 My Olympics souvenir collection is growing -- but unfortunately, so is my waistline.