What's on your running playlist? 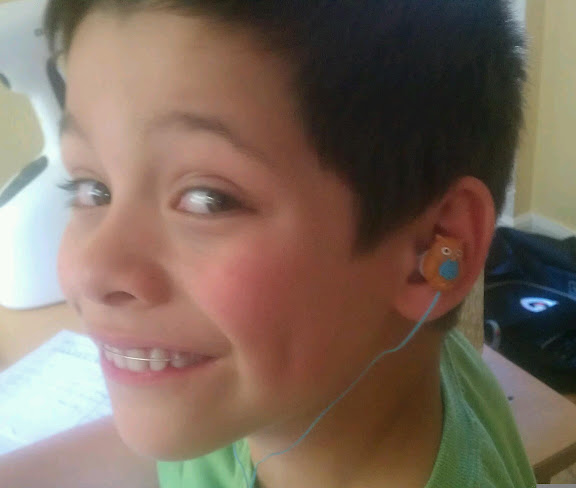 When I got my first iPod and started listening to music while running, I couldn't believe how much more enjoyable running could be. Music truly lifts the spirits and makes the hours and the miles pass much more quickly. But you can only listen to your favorite 100 songs again and again before you end up hating those songs as much as you hate Barney the dinosaur's I Love You song. Rather than banish YMCA from my running playlist forever, I resolved to add at least 10 new songs to my running playlist before my 40th birthday.

To many people, that would be a no-brainer, but as you many have guessed, I am not the most adventurous listener. I stopped listening to the radio in my late teens, so until I started dating Alfie, my musical tastes were stuck in the 80's. Much to Alfie's embarrassment, when we married in 2000, the "new artists" in my cd collection included names like Hall & Oates, Kenny G, Barry Manilow, Duran Duran and Tears for Fears (thank goodness Madonna has reinvented herself time and time again over the years, so at least I did have 1 hip artist on my favorites list). I'd probably still be running to the same hundred songs if it weren't for these five secret sources for discovering new music:


Alfie -- My husband listens to music constantly. His tastes run to every genre and every era, from Mozart to Elvis to Enimem (case in point: his early morning playlist this week includes Lauren Shera, Edidth Piaf, Van Morrison, the Rolling Stones and Yes). He flatly refused to play my beloved Kenny G, so over the years I've listened to and learned to appreciate the likes of Mumford and Sons, the Decemberists, Ray La Montagne, Morrissey, Queen, Vince Jones, and many, many more.

The Pea -- When my daughter started getting into music, she was into Hannah Montana and Justin Bieber and anything on the Disney Channel. I'm already wedded to 80's music, thank you very much, so I had no room in my heart for more awful tweenybopper pop. I wondered whether we'd be repeating the age-old generational struggle: Turn off that crap! -- but she introduced me to Lady Gaga, Pink, Katy Perry, and Coldplay, so I can't really complain.

Glee -- I love watching Glee. The plotlines are the perfect blend of hilarious and touching, and I love how they never shy away from important social issues like bullying, teenage drinking, homosexuality, homelessness, and more. I think I'd watch Glee even if they didn't have such awesome musical numbers -- but I'm glad I don't have to make that choice. The Glee cast has such great voices, and the Glee producers are my musical soulmates; they seem to have a knack for picking music that I love. Every week I look forward to discovering a new song (or rediscovering an old one), and downloading both the Glee cast version and the original artist's version!

Rolling Stone Magazine -- Why bother trawling the radio for potential favorite tunes when I have the editors of Rolling Stone curating the musical landscape for me? When our RS magazine arrives, I simply leaf through it, take note of the songs they like, and listen to them on Spotify.

My daughter's annual jazz dance recital -- Every year I'm stuck in a theatre for 2 hours watching girls of every age showcase what they've learned in dance class all year. In those 2 hours, my daughter is on stage for approximately 3 minutes. Discovering the hip/catchy songs the dance teachers have chosen to set their pieces to is one of the things that makes the 2 hours bearable.


Thanks to my secret sources, finding great music for my running playlist was much easier than I expected! Here are some of my latest additions:


These songs are inspiring. They're upbeat. They're fun. And they never fail to put a spring in my step when I go off for a run. And amazingly (for me, anyway), all but 3 of these songs were released in 2011 (2 were released in late 2010 and 1 in 2008). My musical tastes have finally caught up with the times!

So, what's on your running playlist?
posted on Monday, April 30, 2012 Labels: about me, turning forty, What's in your...
Email ThisBlogThis!Share to TwitterShare to FacebookShare to Pinterest

my favorite songs for running
http://monikasrdl.blogspot.com.es/2013/03/favourites-at-moment-1-running-playlist.html