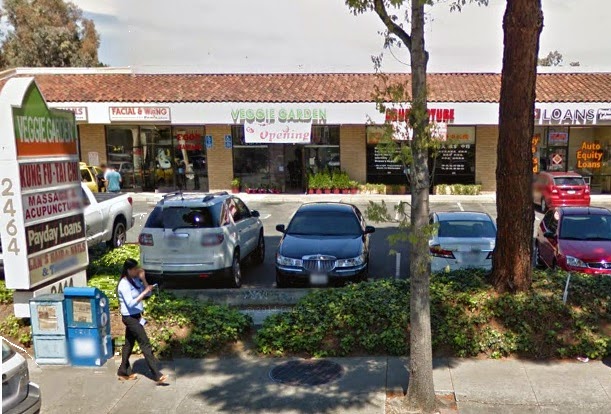 Do not be fooled by its commonplace appearance. Like so many things, it is not what outside, but what is inside that counts.

The character in the Disney movie Aladdin was talking about Aladdin's magic lamp (and Aladdin himself), but this quote applies equally to restaurants.  Don't dismiss a restaurant just because it looks like a dive!  Almost everyone I know will agree that some of the best food they've eaten can be had places where they spend money on the food, not the decor.

Our current favorite Chinese restaurant, Veggie Garden, is the perfect example. If you were to drive by this restaurant, you wouldn't give it a second look.  It's right in the middle of a strip mall, sandwiched between a beauty salon and an acupuncturist.  I'm not sure what made me stop that day -- maybe it was the amazing smell -- but I'm so glad I did.  Judging from its outside appearance, Veggie Fresh is just another greasy spoon join, but once you step in, you'll find yourself in an ultra-clean, neat, and bright place to eat.
They've obviously taken great care with choosing furniture and tableware -- it has a very modern Asian look and feel. 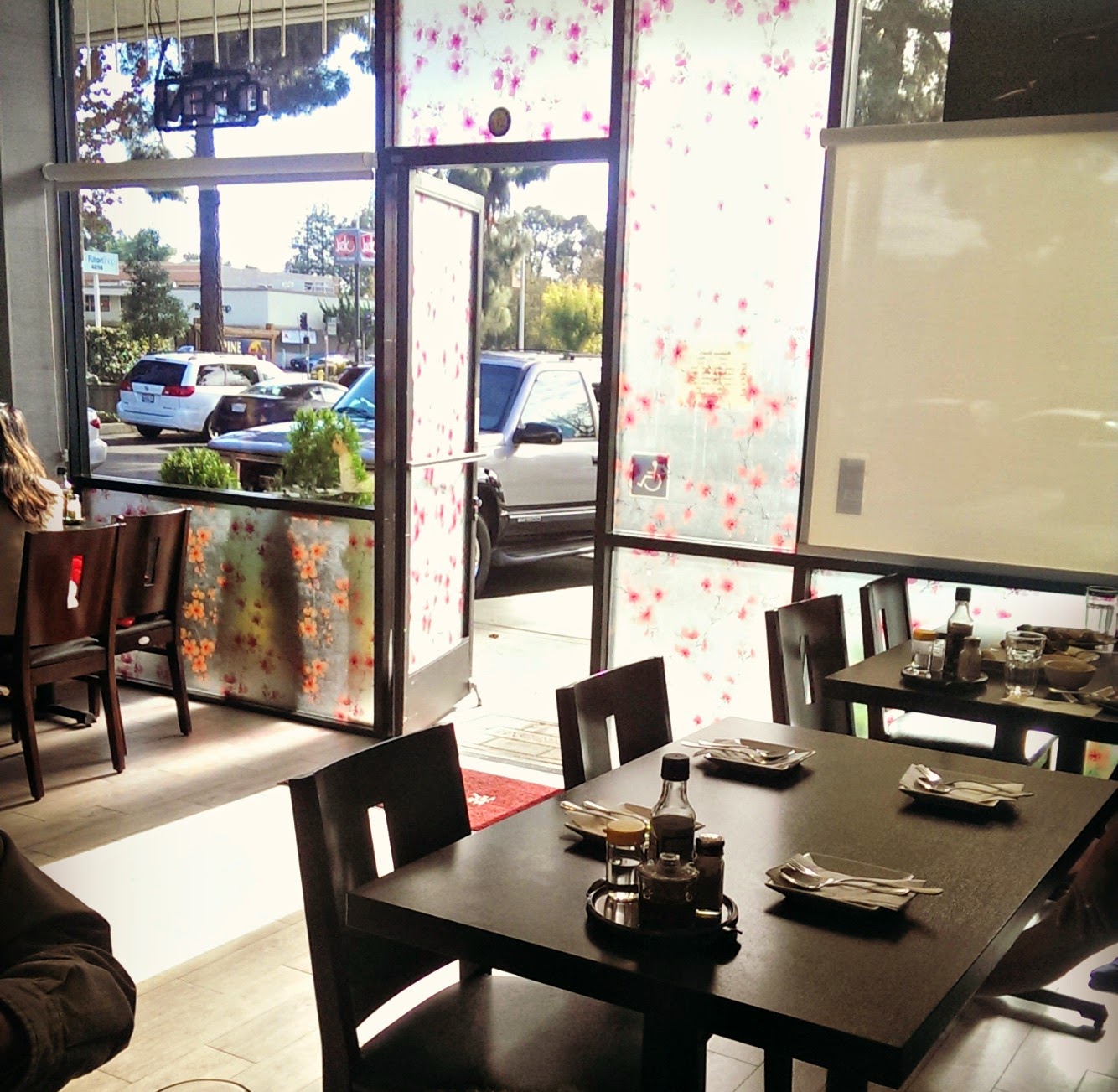 Two video screens showcase photographs of all the menu items (a big help in deciding what to order!), and a board lists down specials. 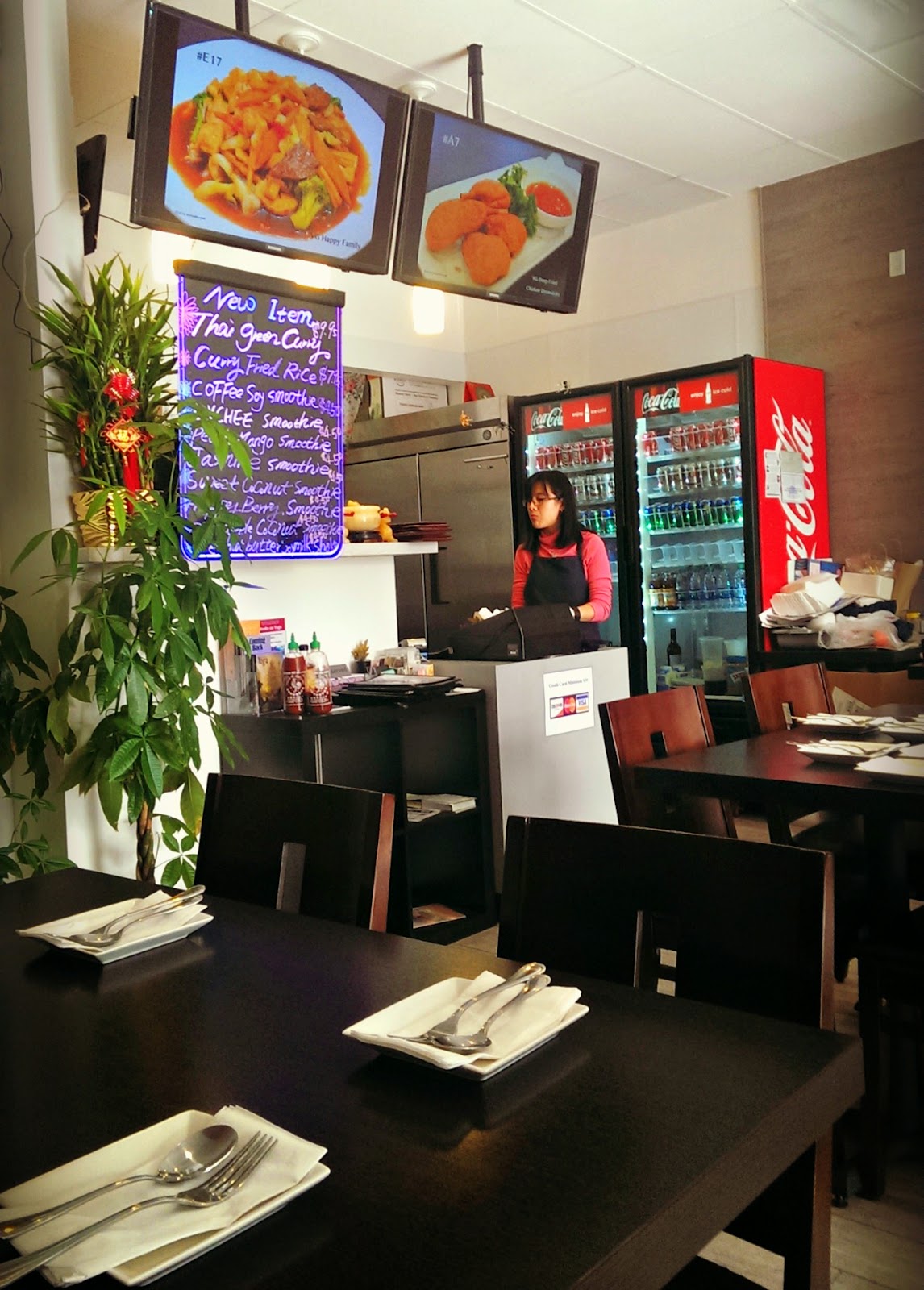 Their food is a joy to eat.  Everything is vegan, and even though the prices are low, it's the complete opposite of cheap Chinese food -- not too salty, not too greasy, served up hot and fresh.

Whatever you order for your main course, you must start out with Vegan Scallion Pancakes.  They're basically crispy fried dough with scallions incorporated into the dough, and plum sauce drizzled on top. It's always a challenge to split this one up, because we're five people but the pancake is divided into 8 wedges. 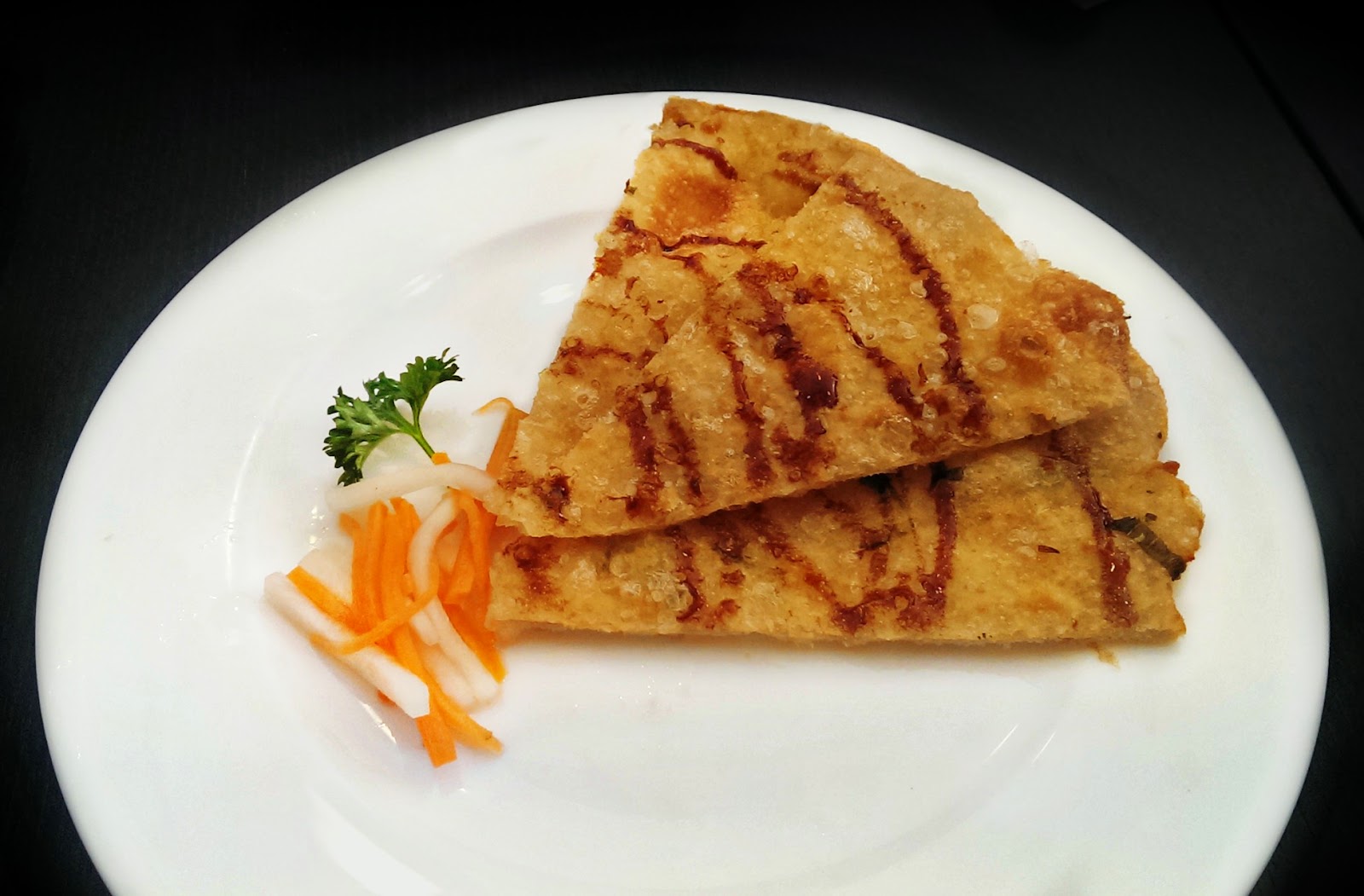 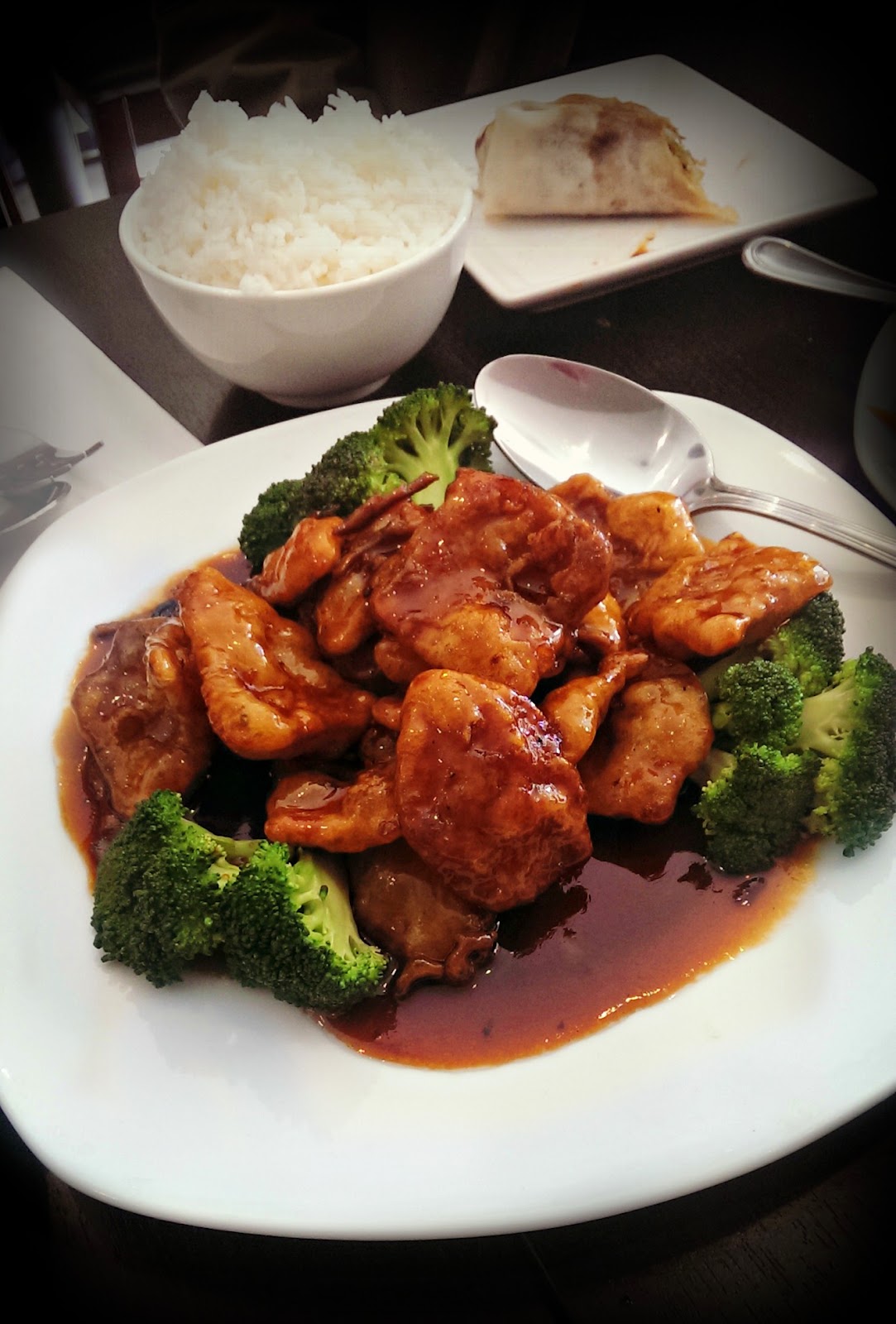 They have the best brown rice I have ever tasted.  I actually prefer it to white rice! 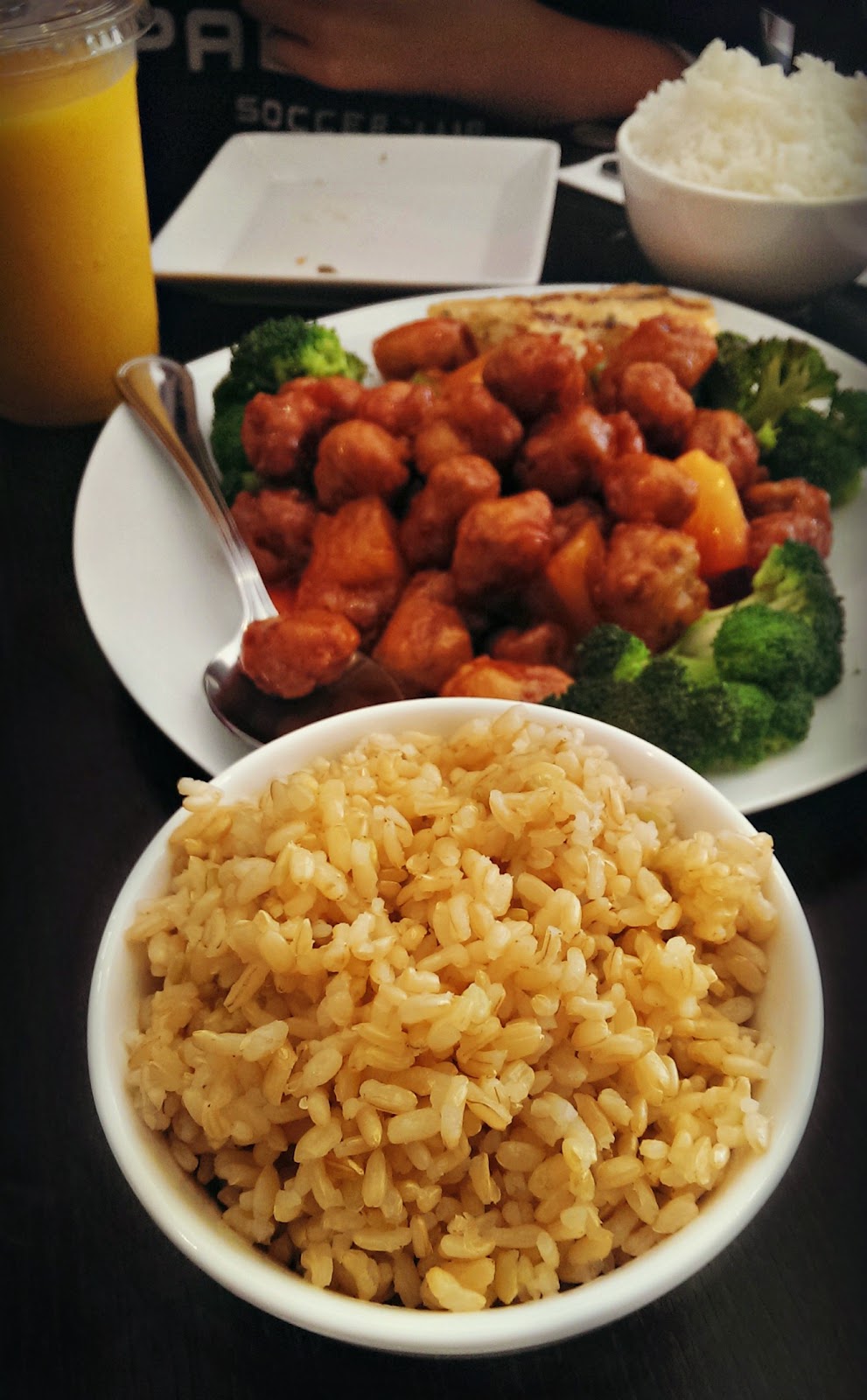 Other dishes we like are Basil Egglplant, Vegan Curry Chicken, Homemade Vegan Pot Stickers.  If you like fruit shakes, definitely order their Lychee Shake!

Four people will be more than satisfied ordering one appetizer to share, three main dishes, and rice for three people (get rice for four if at least two have big appetites).  For five people, add a second entree. Appetizers cost about $5 and entrees cost about $10, so you can enjoy amazing food without breaking the bank.

We love this place, and it looks like a lot of other people do as well.  There are always people eating whenever we go, but there are always one or two empty tables (probably because no one knows about it!), so we've never had to wait to sit down.  The nondescript storefront definitely works to our advantage, because we it has become our go-to gem whenever we're craving Chinese food. It's probably a good thing that I'm not a prominent restaurant blogger, because if word ever got around about Veggie Fresh, the place would be packed!