What's in my runDisney playlist 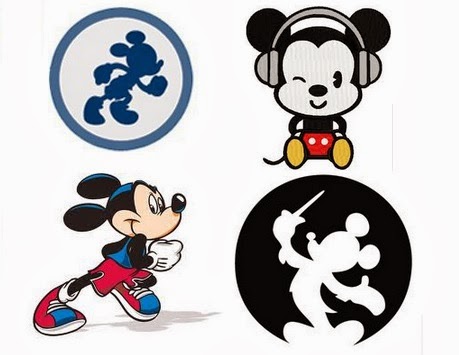 Finishing a runDisney 5k, 10k, or half-marathon is a big Must-Do item on my bucket list.  Who wouldn't want to put on a running tutu (note to SELF magazine, tutus aren't lame -- you are) or Disney-inspired outfit and race through a Disney park?  However, at this point in time I just can't justify the cost, so I'm really excited about doing the next-best thing: a special runDisney 2-mile fun run at the Disney Social Media Moms conference.

Naturally, since it's a Disney event, I've made a Disney song playlist to run to!  I've been running to these songs for years (other than Let It Go, which I added in November), but they were always part of other playlists, not in a Disney playlist of their own.  Here are the songs on my Disney playlist:

I love running to these songs because they're all uptempo, heavy on the beat, and high on the energy.  While I'm running, I can pretend I'm running through the African serengeti, the Scottish highlands, the beaches of Hawaii, the Great Wall of China, and all the other amazing locations these movies are set in.  When my energy levels falter, I think of Mulan racing towards the Imperial City, trying to outrun the Huns; I think of Elsa, realizing that she's not just running away from her past, she's running toward her freedom; I think of Merida, running because she's so happy to be free from duty and tradition. If those gals can run, so can I! And just like that, my spirits begin to lift, and I truly feel like I can "Chase the wind and Touch The Sky".

Do you have a Disney running playlist?  What Disney songs do you like to run to?

posted on Sunday, March 30, 2014 Labels: Disney magic, fitness, music, What's in your...
Email ThisBlogThis!Share to TwitterShare to FacebookShare to Pinterest

Great playlist, Thanks for sharing, See you soon!