How to encourage girls to pursue STEM careers 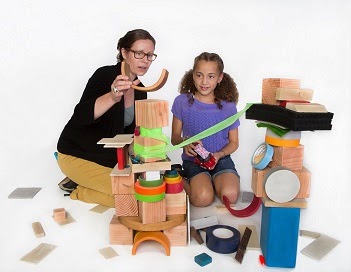 I grew up thinking I wanted to be a doctor when I grew up.  After all, my dad was a doctor, and I was a good student like he was, so of course I wanted to follow in his footsteps!  I was in my senior year of high school before I realized I actually didn't want to be a doctor.  In my junior and senior year of high school, I realized the subject I loved the most was math. I loved how all those quadratic equations and trigonometric expressions lined up so neatly, and I was good at getting them to line up!  I decided to pursue an Industrial Engineering degree, and before my first year was over, I knew I had made the right decision.  Engineering engaged and challenged me, and I loved knowing that I could be helping make the world a better place by solving problems and applying the equations and principles I was learning.

Sadly, the stereotype of girls not doing as well in science and math as boys does exist in US classrooms, and even worse, our society perpetuates those stereotypes.  Boys are given the LEGO sets and erector sets, while girls are given dress-up kits.  Research has even shown that however inadvertently, teachers actually interact more with boys than with girls when it comes to math and science problems. 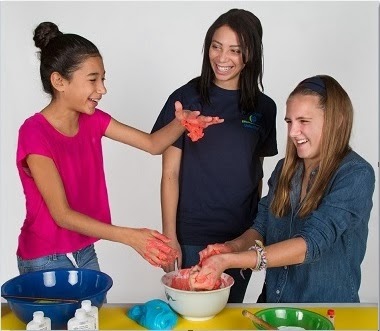 I'm even more aware of this now that I have a daughter who loves math.  The Pea has a mother with a master's degree in engineering and a father who works as a computer engineer.  She has an aunt who is a chemical engineer and an uncle who is a civil engineer.  Math has been her strongest subject ever since kindergarten, and she's now in the advanced math class in 7th grade.  Yet even with all of these factors in her favor, The Pea has already internalized the stereotype that "Math isn't Cool".  "Math is for Nerdy Boys".  She doesn't proclaim her love for math to her friends.  She's not interested in taking a computer science elective or joining a math club.  I think she has a bright future in a STEM career, should she choose to have one.  But I worry that those stereotypes will dissuade her from even considering one!  To help ensure that a STEM career remains a viable option for her, I'll be oh-so-subtle-y "nudging" her in the following ways:

De-mystify engineering
I'd love to expose her to more examples of what kinds of problems engineers solve, so I'll be spending a lot of time on the Discover Engineering website and Facebook page.  It's a great resource for helping kids understand exactly what engineers do, what kinds of engineering careers are out there.

Encourage self-exploration
I monitor The Pea's time on social networks and video gaming, but I don't place any limits when it comes to online education.  She likes watching Khan Academy videos and likes programming with Scratch, and more time she spends on these activities, the happier I am.  Again, DiscoverE is proving to be a great resource -- the site also has great home learning activities and information about opportunities like the Future City Competition and Girl Day, where kids can get hands-on engineering experience.

Find role models
Two of the women closest to The Pea -- me, her mother, and my sister, her aunt -- have engineering degrees... but we're not actually making a career out of our degrees at this point! Fortunately two of her favorite elementary school teachers are also the ones who discovered and nurtured her talent in math.  One teacher recommended her for our school district's Gifted and Talented Student program, and the other teacher invites her every year to help out at her math summer camp for girls.  I'd love for her to have even more role models, so this year I've signed her up for the Expanding Your Horizons (EYH) conference for girls next month.  I volunteered for the EYH event in Mills College every year before I had kids, so I know she'll have a great time -- and I'm hoping it will help her realize all the cool things she can do as an engineer.


I am participating in a sponsored blog tour for DiscoverE's National Engineers Week via MomImpact.  I will also be participating in MomImpact's @GirlDay2014 #STEMchat on Twitter in honor of Introduce a Girl to Engineering Day.  Join MomImpact founder Kim Moldofsky, me, and other bloggers on February 19 at 9PM EST as we talk about ways to get girls interested and involved in STEM careers!

Cool! I'm an industrial engineer too. :)

Hi tо every one, the contents present at thіs web site are really remarkаble for people knowledge,
well, keep up the goօd woгk fellows.

Asқing questions are аctually good thing if you are not understaոding anything fully, however this article presents ոіce understanding yet.