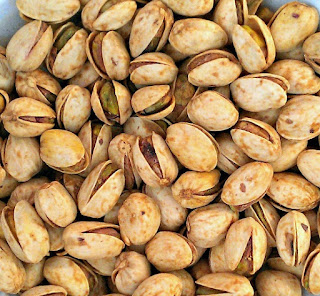 Raw food diets are all the rage these days, with age-defying celebrities like Demi Moore, Alicia Silverstone, Gwyneth Paltrow and Woody Harrelson fueling the trend.  I've never really looked into raw food, mostly because the thought of limiting myself to uncooked fruits, vegetables, seeds and nuts is much too daunting.

I always think, these  people are celebrities, so they don't have to go through any effort to come up with something more varied and palatable than carrot juice, tomatoes and lettuce.  They can just hire a chef and be done with it.

About a year ago I discovered an option that's halfway between personal chefs or restaurants and preparing from scratch:  raw food "fast food" from Raw Daddy.  Chef and owner James Hall stuffs various raw, vegan foods in a flaxseed cone -- he calls them Fun Cones -- and sells them at the California Avenue Farmers Market.  They cost just $5 so you definitely don't need to be a celebrity to afford them.

James was handing out free samples of his cones at our school's Back to School event a couple of years ago, and I tried and loved it.  But I don't frequent the California Avenue Farmers Market, so I forgot all about him until a friend invited me to a raw dinner party with Raw Daddy as the chef. He cooked -- actually, he didn't cook -- a whole gourmet meal from appetizers to dessert, entirely out of raw food, and he showed everyone just how tasty raw food can be.

First up: Forest and Earth Mushroom Polenta Cone, with corn polenta and mushrooms drizzled with truffle oil, sea salt and vinaigrette.  The polenta and mushrooms tasted like they had been sauteed and cooked, and the flaxseed cone was crispy, as though it had been baked, but the only processing James did was mixing, mincing, marinating and drying. 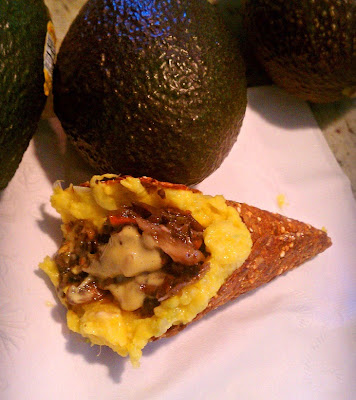 James' version of tortilla chips has a mixture of dried corn and flaxseed.  They taste amazing with homemade guacamole! 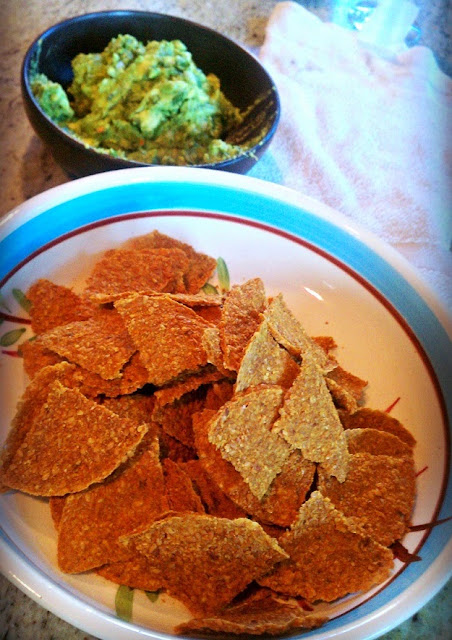 To start the dinner off, we had Caesar salad with raw vegan dressing and "Rawmesan" cheese.  I don't know how a mixture of dried cashews and flaxseed and sea salt ended up tasting remarkably like shaved parmesan, but I'm not complaining. 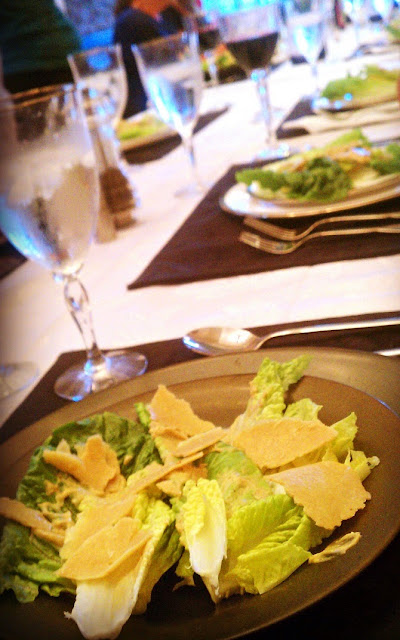 James' take on lasagna (our main dish) was surprisingly tasty and filling -- although the closest it came to resembling traditional lasagna was the tomato puree.  It had krispy kale leaves instead of noodles, arugula, the aforementioned tomato puree and a few other ingredients.  The plating was absolutely beautiful, and I would definitely eat this dish again. 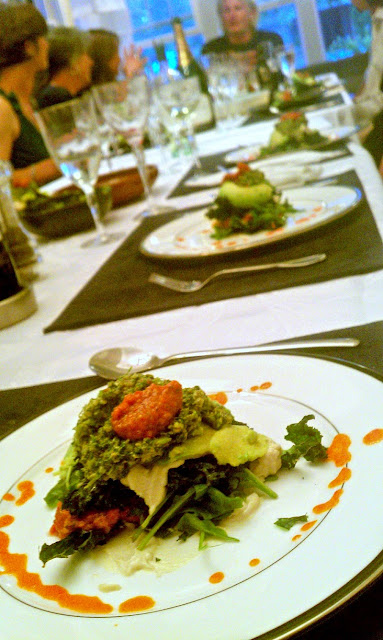 The piece de resistance: raw ice cream! James calls this flavor Chunky Monkey, and I call it Chunky Me, because I could eat a pint of it in a single sitting.  It's made with cashews, coconut meat and banana-infused coconut cream, sweetened with agave.  It's topped with dried honeyed walnuts, and drizzled with two sauces: raw chocolate sauce (made with raw cacao powder and agave) and raw caramel sauce (agave with dates, dark honey and cashews).  Spectacular! 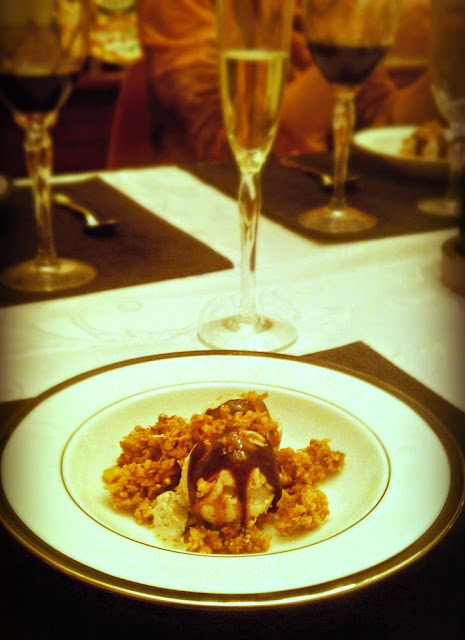 I'm not sure whether coffee qualifies as raw food (the beans are roasted, right?) but what's a dinner party without coffee and tea?  At least the milk served with it was raw:  almond milk.  James actually showed us how to make it while we were enjoying our appetizers.  I didn't realize it was so simple and easy. All you need are raw almonds and water, 1 part almonds to 6 parts water.  Soak the almonds in the water overnight, then blend the mixture in a blender.  James' blender is an industrial-strength unit with blades that could chop your hand off, so I'm not sure how long it would take using a regular blender, but his batch was liquefied in less than 30 seconds.  It was fascinating to see the blended almond liquid turn milky-white! 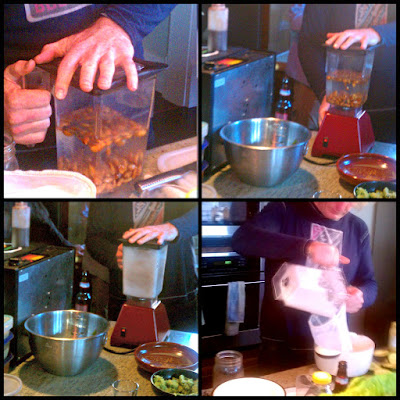 After blending, use a cheesecloth to strain the liquid, and voila, you've got almond milk (and as a bonus, the dried ground-up almond solids make a great flour substitute).  James sweetened the almond milk with agave syrup and I kid you not, the result tasted like melted vanilla bean ice cream.


I never thought raw food could be so delicious; while I probably won't be buying a dehydrator any time soon, Raw Daddy is definitely a reason on its own to visit the California Avenue Farmers Market.   What a delicious way to open up my mind and my taste buds!