How to roast tomatoes 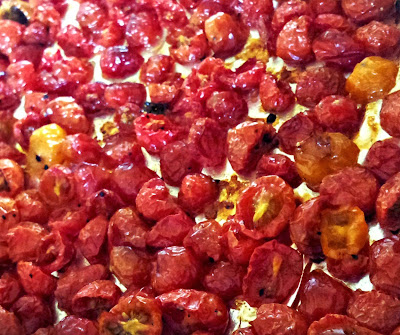 I received a review copy of Jennifer Perillo's cookbook

Oven's are a lazy cook's best friend.  I love baked dishes because usually all you have to do is throw ingredients into a casserole, throw the casserole into the oven, and the oven does the rest.   Roasted vegetables are probably the easiest dishes to make, and getting a great-tasting roast is nearly foolproof.  I first learned how to roast potatoes when I was a graduate student, then graduated to roasted carrots, peppers and onions when I first had kids.


This month marks another milestone: I've finally found the perfect way to roast tomatoes.  My food bible these days is Homemade With Love: Simple Scratch Cooking from In Jennie's Kitchen, by food blogger Jennifer Perillo.  I attended a launch party for her cookbook, where Jennie served dishes from her cookbook.  One dish that everyone raved about was the tomato and mozzarella panzanella.  I make caprese salad all the time, and I couldn't understand how Jennie's panzanella had such depth of flavor when pretty much the only difference between her salad and mine was the croutons.  Then it hit me:  I use fresh tomatoes in my caprese salad and Jennie uses slow-roasted tomatoes in her panzanella.

With that revelation, I decided to try roasting tomatoes Jennie's way.  I can't find the recipe on her blog (In Jennie's Kitchen) so I can't link back to it and I don't want to plagiarize, so you'll have to buy her cookbook for the exact recipe.  The gist of it is grape tomatoes, cut in half, olive oil, parsley, salt and pepper.  Spread in a small shallow pan, roast in oven at 250 degrees, for 1 hour.

The tomatoes get all caramelized and mushy like you see in the top photo, and the flavor is amazing.  Recently I made a sandwich for Alfie's lunch that included these slow-roasted tomatoes, goat cheese with chives, sliced cucumbers and wasabi spread -- and Alfie said the sandwich tasted amazing.  My mind is spinning with the possibilities for enjoying these tomatoes.  The most obvious ones:

Last but not least, don't forget to use them in Jennie's Slow-Roasted Tomato & Fresh Mozarella Panzanella! It is truly to die for :) 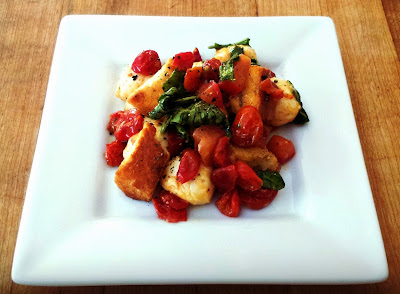 posted on Friday, May 24, 2013 Labels: food, recipes
Email ThisBlogThis!Share to TwitterShare to FacebookShare to Pinterest