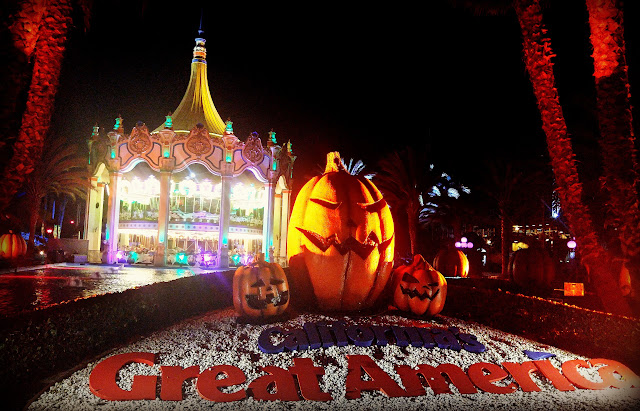 It's October again, and for teens and pre-teens in the Bay Area, that means Great America's Halloween Haunt is back! We visited Halloween Haunt for the first time last year, and we enjoyed ourselves so much that I bought Gold Season Passes (which offers unlimited Halloween Haunt admission) this year. There just isn't enough time to see all 8 haunted mazes in a single visit, so we have been looking forward to going multiple times this year so we can enjoy each and every one.

The only problem? The Pea doesn't like haunted mazes. She hates getting startled when costumed actors come out of nowhere. The Dia de los Muertos maze, which is more is more artsy than scary, was all she could handle last year. 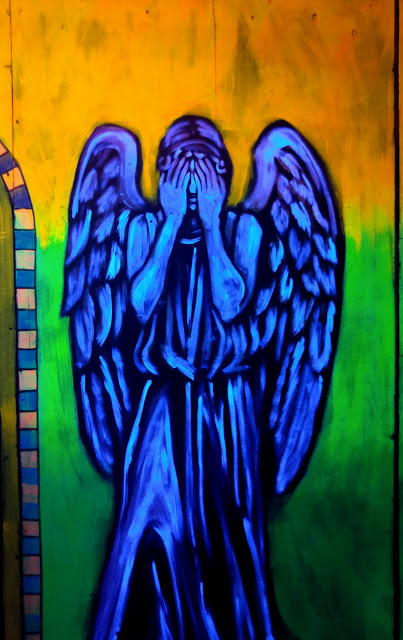 For our first visit to Halloween Haunt this year, The Pea was determined to buck up and go into the mazes with the rest of us. But her resolve only lasted until the Dia de los Muertos maze. When she saw the insanely long lines for the other mazes, she said she didn't want to wait in anxiety and dread for an hour, just to spend 5 minutes getting scared out of her wits. 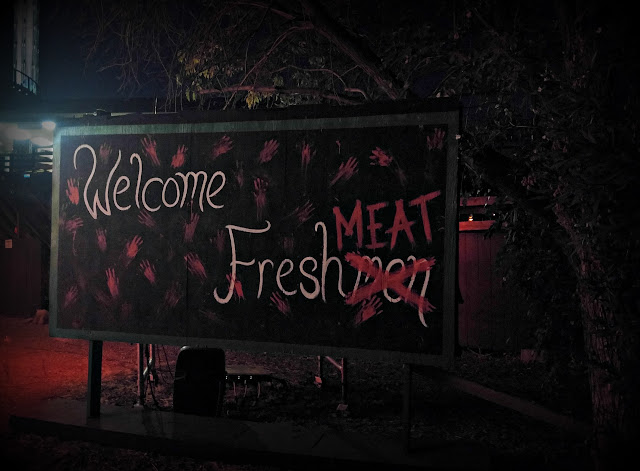 Fortunately for family unity, a few other attractions came to the rescue. None of us really wanted to go on any of the rides, because we can do those at any time of the year, but the boys were willing to spend time watching a few shows -- and it turned out to be a great experience for everyone. 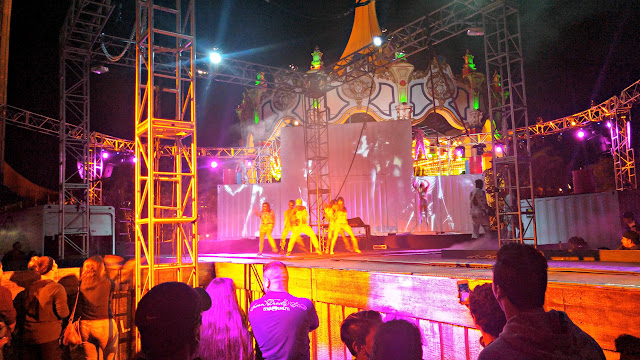 The first show we watched was Nytewalkers, a high energy dance/trampoline/acrobatic performance that we loved so much, we actually watched it twice!  The second show was almost exactly the same as the first one. The only difference was that at the ending of the second show, performers passed out light-up hula hoops to the audience and joined them in a short impromptu dance party. Watching this show has also had an unexpected side effect: the soundtrack featured Bohemian Rhapsody and Galileo, and The Pea has been playing Queen songs nonstop since then!

The second show we watched was Blood Drums, featuring two drummers banging it out to electropop music. They used a variety of instruments, from a standard drum set to metal cans and plastic buckets. I always love a good drumbeat, so I really enjoyed this show as well. 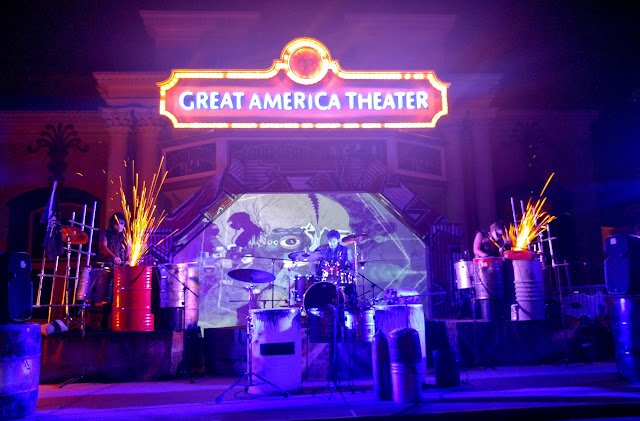 The show also featured a fire dancer who went off and on the stage swinging a variety of fiery props, from hoops to hanging lanterns to an umbrella frame. I'm not sure what fire dancers have to do with blood drums, but it was great to watch her twirl and whirl those flames around. 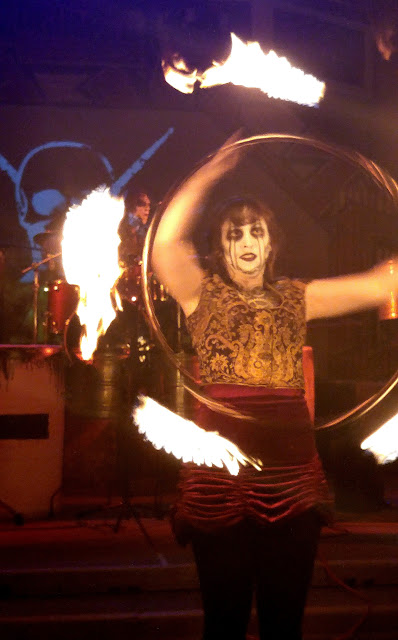 The Halloween Haunt shows definitely saved the night for The Pea, and I definitely recommend making time for at least one of them when you're planning your Halloween Haunt night. Moral of the story: don't let your fear of zombies scare you away from Halloween Haunt, because a lot of them are quite friendly! 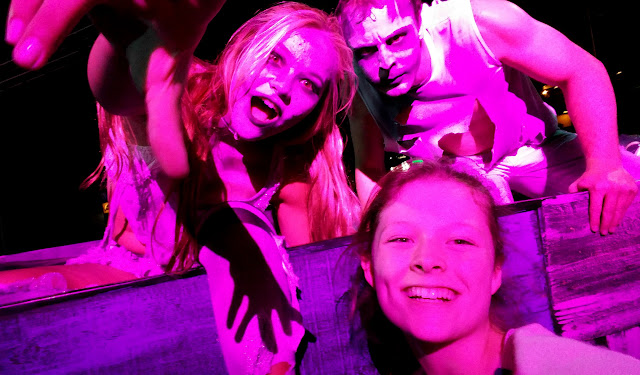