Meats and Sweets: McDonald's in the Philippines 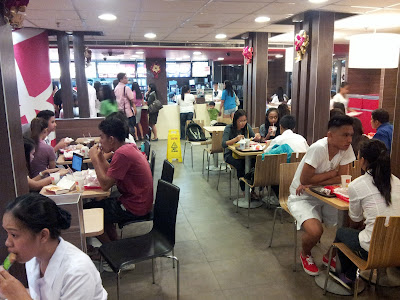 I've just come back from a 3-week vacation in my native country, the Philippines.  It was one of our busiest vacations ever, with no less than 3 side trips (and it would have been 4, had a typhoon not stopped us) to various parts of the country.  I had a long list of Must-Dos and Must-Sees that I never got around to completing, but one thing I simply had to do was visit a McDonald's restaurant and gorge on the local offerings that one simply cannot find in the US (or anywhere else in the world, for that matter).


I still remember the first McDonald's restaurant in the Philippines; it opened in Cubao in 1984, and I remember lining up for over an hour with my family to order food.  My patience was rewarded with a cheeseburger and blueberry-flavored milkshake (it was limited-time item connected with the 1984 LA Olympics).  Back then, eating at McDonald's was a special occasion kind of treat, and it still is for a large portion of the population, because their burgers-and-fries fare was so novel.  Over the years, as more and more Western chains began popping up, McDonald's Philippines stayed popular by introducing dishes tailored to local tastes.  Here are some of them: 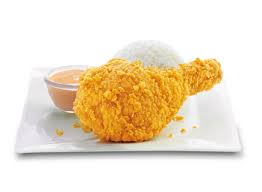 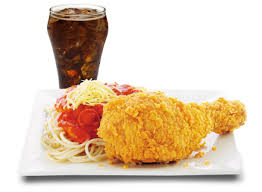 McSpaghetti is another popular local menu item.  The sauce is specially formulated to Filipino tastes: it's quite sweet, and contains sliced red hotdogs.  I know, that sounds weird but it's sooooo good... 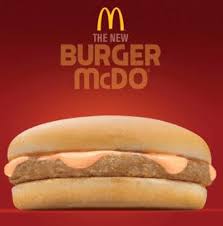 You can't get any more basic than the Burger McDo (it's not pronounced "Mc-Doe", it's pronounced "Mc-Daw"):  beef patty, bun and thousand-island dressing.   As of December 2012, it cost 37 pesos (about 90 cents based on current exchange rates).

This is by no means the complete list.  A few more dishes I love that I didn't get a chance to enjoy or  photograph on this trip include:

Drinks:  Pineapple juice and iced tea are staple drink offerings.  And when I say "iced tea", I don't mean cold brewed tea. I mean an overly sweet, faintly lemon-flavored, powdered drink mix that probably doesn't contain any tea in it, just a whole lot of sugar. Alfie says it tastes vile, but I grew up with this stuff and until I was in my mid-20's, this is how I thought iced tea tasted.  In fact, the first time I sipped a glass of iced tea in the US, I nearly spat it out because it was totally unsweetened!

Dessert:  McDips are regular soft-serve ice cream in a cone, with a hard candy shell in 3 flavors: chocolate, strawberry and ube (sweet purple yam).  In addition to the candy shell, you can also get the cone dipped in pinipig (native rice krispies).

Again, my apologies for the lack of photos, but at least it gives me an excuse to visit McDonald's again the next time I'm in the Philippines.  As if I need an excuse.

Sad! Eat real food. The planet, your body, and your children will thank you for it.

Interesting that there are so many different options at the McDonald's in the Philippines. When we went to Taiwan this summer, I didn't see anything on the menu at their McDonald's that we don't have in the US.