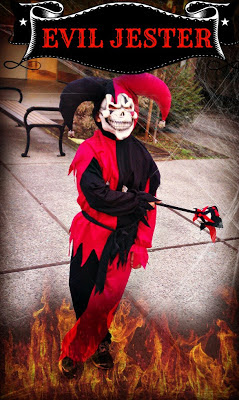 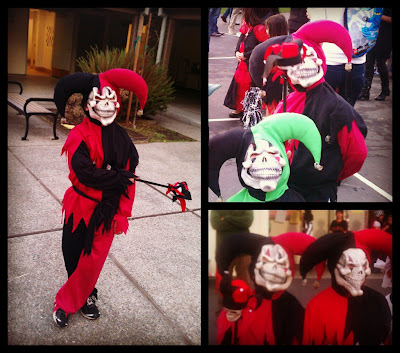 Like I told you, his red jester costume is identical to 3Po's green jester costume, except for the color.  The funny thing is, one of Jammy's friends has the exact same costume as his, so there were 2 red jesters at school today, and Alfie snapped a photo of them thinking they were 3Po and Jammy (in defense of Alfie's parenting skills, you should know that Alfie is colorblind so he can't tell the difference between red and green).