Wading Through the Holiday Aftermath

Has it really been 18 days since I last posted on this blog? And to think I had just posted about resolving to post more frequently. Oh, hang on: that was over a month ago, and between then and now there was this little thing called a vacation. I didn't think anything could cure me of my internet addiction, but apparently 3 weeks in Manila with only occasional internet access does the trick.

* Unpack suitcases and find extra space for all the new toys and souvenirs and bric-a-brac that we've brought home from vacation;

* Throw or give away old toys and clothes because extra space is harder to find in this house than a pair of matching Polly Pocket shoes;

* Wash all the dirty clothes we've brought back with us (Fortunately for me, Alfie returned home a week before the kids and I did, so he tackled the laundry I left behind in December. He even stripped and washed all our bedsheets, even though already did that before we left. Hmmm, maybe I ought to leave Alfie home alone more often);

* Take down and store the holiday decor (again, Alfie took them down for me since he didn't want to be the only house on the block with holiday decor in January, but he has no idea where they're stored so they're still all over the guest bedroom);

* Sort through a month's worth of mail: bills, magazines, junk mail and everything in between;

* Sort through this year's holiday cards, which is a task entirely separate from sorting mail, since it involves updating our records for people whose addresses have changed, sending belated cards to people we forgot about, and deciding which cards to keep, which cards to toss, and which cards to cut and save for the kids' holiday crafts next year;

* Sort though hundreds of holiday photos and upload to various social networking sites, including Alfie's and my Facebook accounts, Flickr accounts and family home page;

* Completely restock our cupboard and refrigerator with food;

* Help the kids prepare their class presentations so that their teachers can see that they didn't miss an entire week of school just to sit at home and watch the Cartoon Network.

All of this would be doable were I not on the toilet every fifteen minutes, suffering from what the doctor says is "traveler's diarrhea" (I was born and raised in the Philippines, so a part of me refuses to believe that there's a parasite in Manila that isn't already in my body, and I'm thinking of something much more exotic, like a foot-long tapeworm. Ok, maybe I watch too much House). I'm not sure whether I feel lightheaded due to lack of food (curse this BRAT diet!) or lack of sleep, but so far, given the choice to blog or to nap, napping has won. So I've decided to put this blog on autopilot for the next few days while I sleep my post-holiday haze away, and schedule some posts with photos of our vacation. Because a picture is worth a thousand words anyway, right? Especially a picture like this: 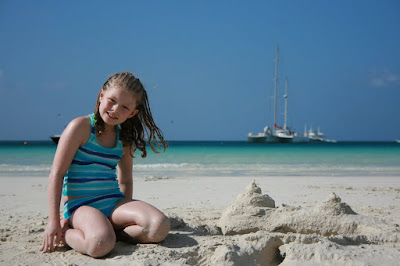 Hopefully that tapeworm will decide I'm a bad hostess, and seek refuge elsewhere. and I can get on with things. Till then, I'll be in bed.
posted on Monday, January 11, 2010 Labels: about me, holidays, home
Email ThisBlogThis!Share to TwitterShare to FacebookShare to Pinterest

I want not approve on it. I over nice post. Particularly the title attracted me to be familiar with the unscathed story.