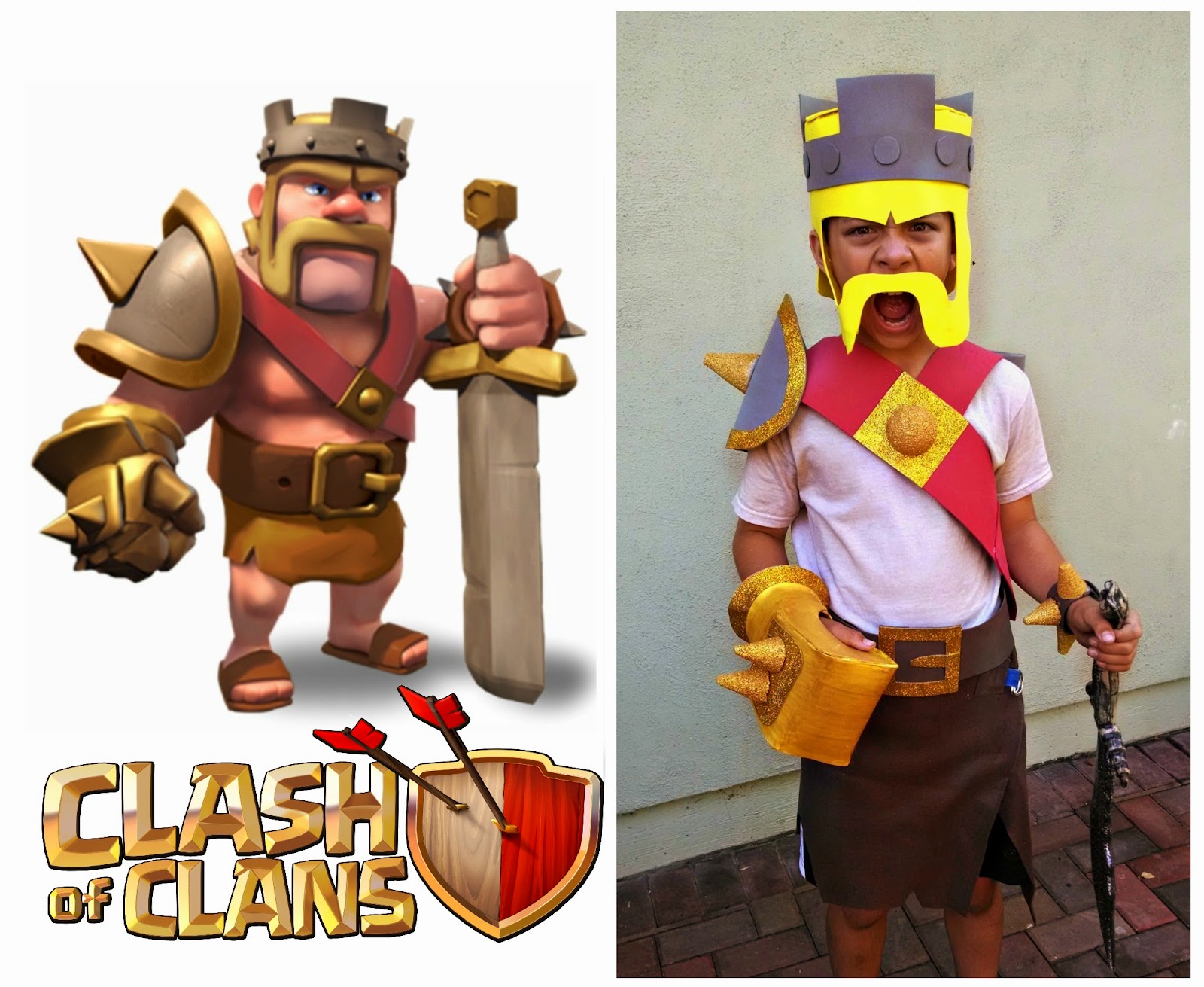 Jammy had a lot of trouble figuring out what costume he wanted to wear this Halloween. His brother 3Po already had an awesome Chinese dragon head, and Jammy is extremely competitive by nature, so he wanted something with a significant "Wow" factor.  He and his friends are crazy about the Clash of Clans game, so I suggested dressing up as a member of the clan: the barbarian king. 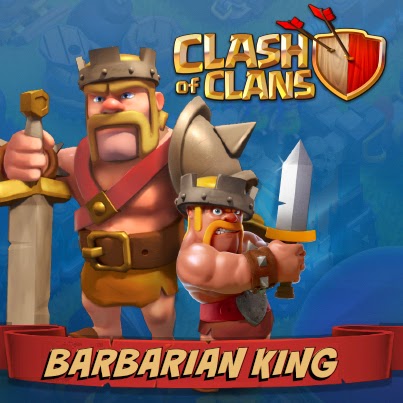 From the Clash of Clans Wiki:
The Barbarian King is the toughest and meanest barbarian in all the realm, whose appetite for Dark Elixir has caused him to grow to a giant size. He can attack enemy villages or guard your village.

Bigger than a giant

Toughest of all barbarians


The only problem was, no commercial version of this costume exists, and I haven't found any instructions to follow.  The only photo I could find of a Clash of Clans Barbarian King costume was from ComicCon.  Cosplay enthusiasts spend hours on their costumes, and I wasn't about to sew an entire muscle suit just for Halloween night, but I thought I might be able to fashion a decent costume out of craft foam. The challenge would be making it look recognizable to Clash of Clans fans. I realized that most people wouldn't realize that Jammy was dressed up as a Clash of Clans character, so I also wanted it to look obvious that he was some sort of barbarian warrior.

I think we did a pretty decent job, don't you?! 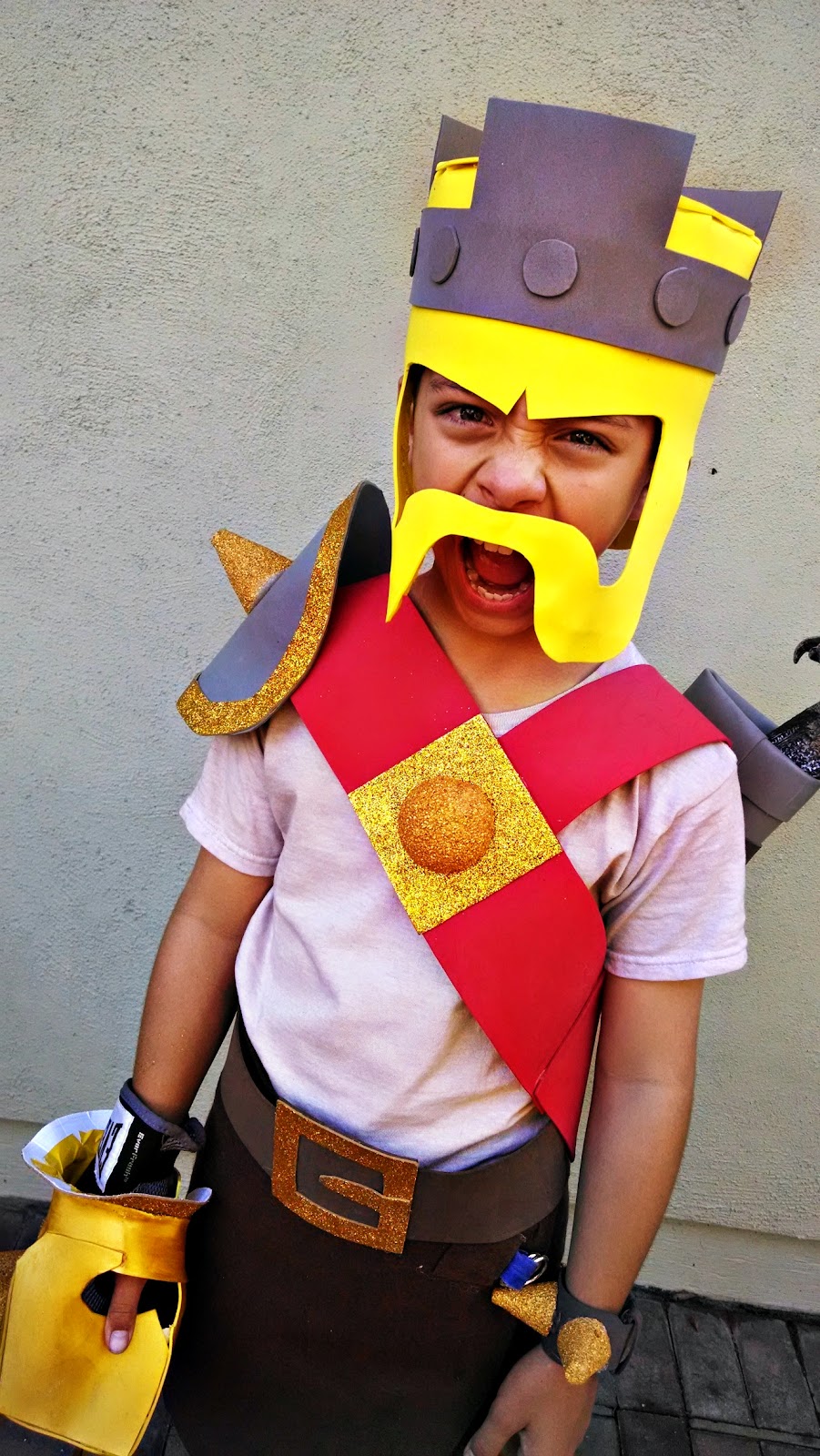 Most of Jammy's costume is made of foam and styrofoam.  One exception is the Barbarian King's loincloth, which we cut from brown felt.  The other exception is Jammy's chest -- he didn't want to go shirtless so we dyed a white tshirt tan!  The belt is brown foam, and the buckle is glittery gold adhesive foam. On one hand, Jammy sports a golden fist, made from a boxing glove which we covered with yellow foam (painted gold).  One his other hand, Jammy has a studded wristlet made of brown foam.  The spikes are made of styrofoam cones, painted gold. 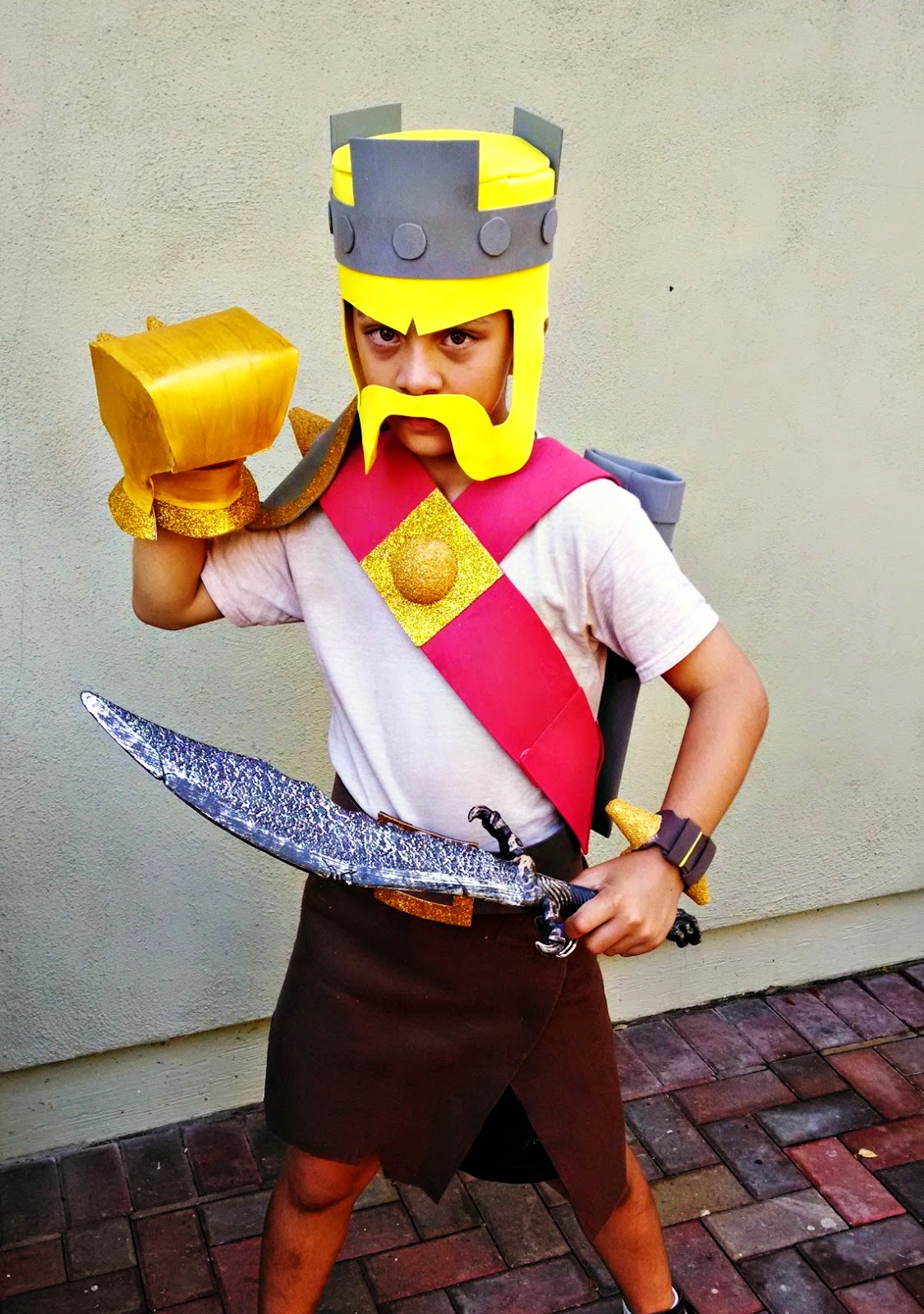 I fashioned the king's "blond hair" from yellow foam, wrapping it around his head like a helmet to make it look more cartoon-ish.  The helmet-hair has a handlebar mustache and sideburns attached to the hair.  We glued on a grey crown on the "helmet-hair" like the Barbarian King has. 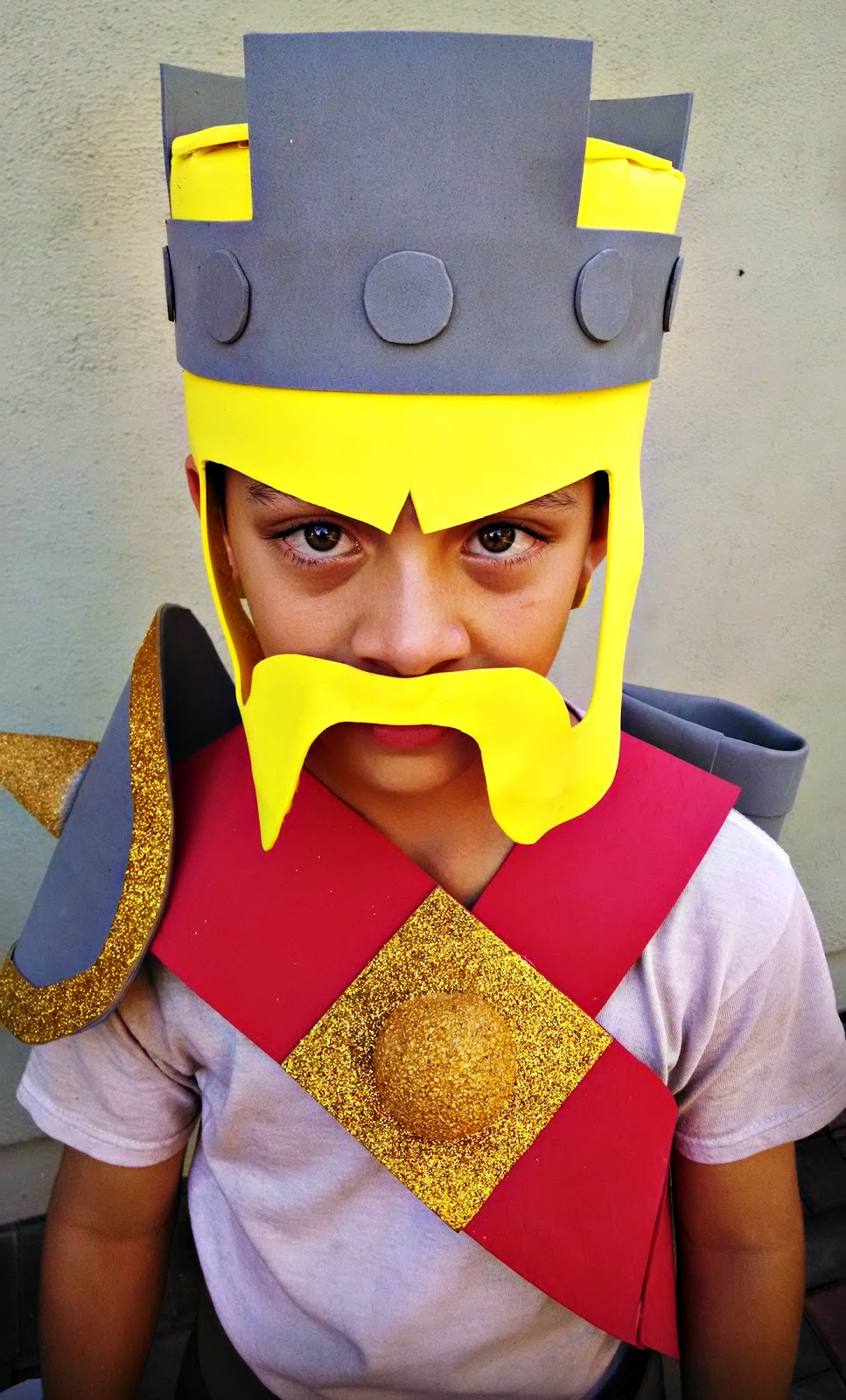 Jammy's shoulder armor is made of grey foam, and the trim is glitter gold adhesive foam.  I bought a styrofoam cone and Jammy painted it gold, then hot glued it to the center of the armor. 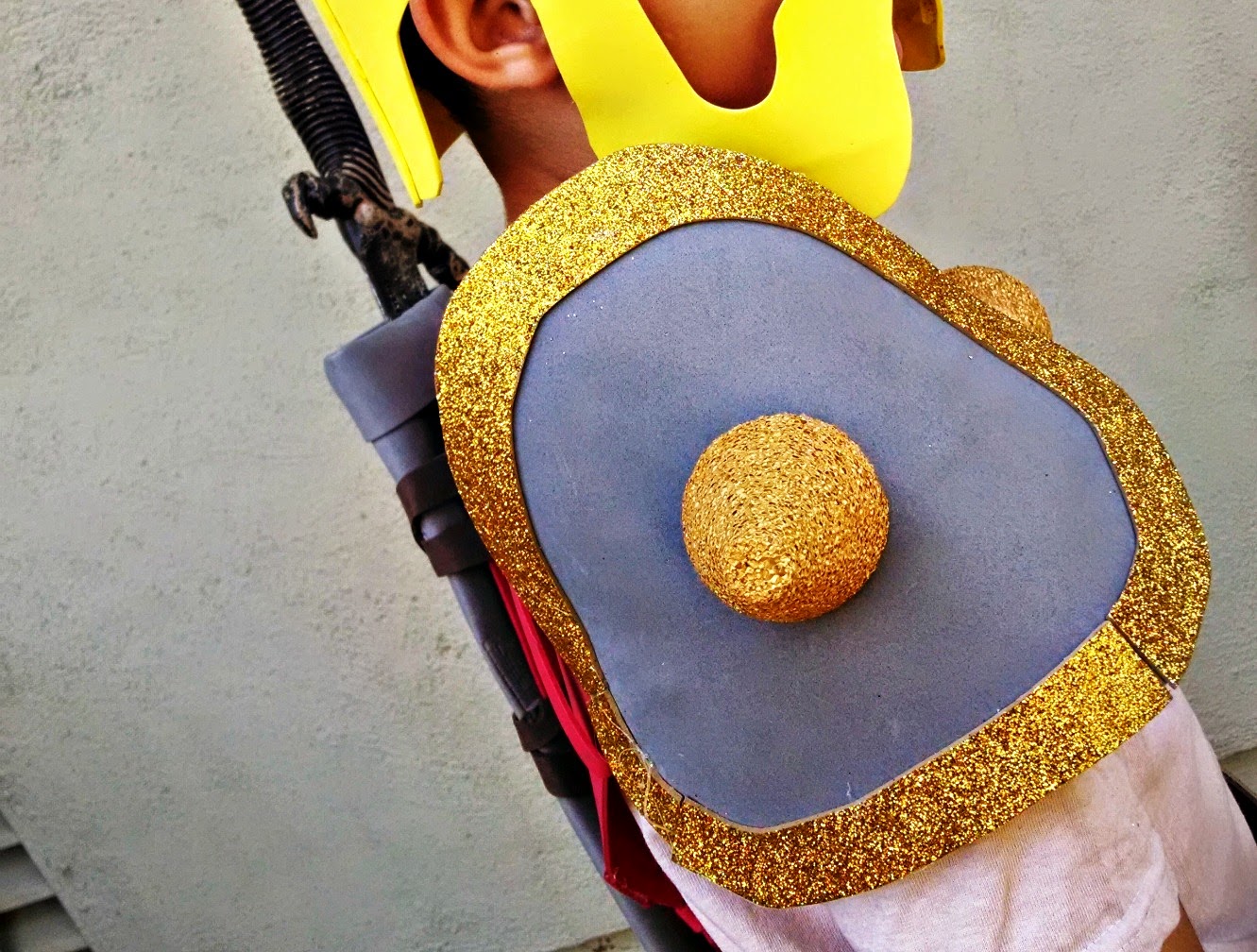 The armor straps are made with red foam.  I added a foam sword holder at the back so that Jammy would have someplace to put his sword.  I know from experience that 10 minutes into the trick-or-treating, one of my kids is sure to hand me whatever costume accessory they insisted on having (in this case, the sword) because they've realized it's too inconvenient to carry around while trick-or-treating.  I'm not about to get caught in that same trap this year, thank you very much! 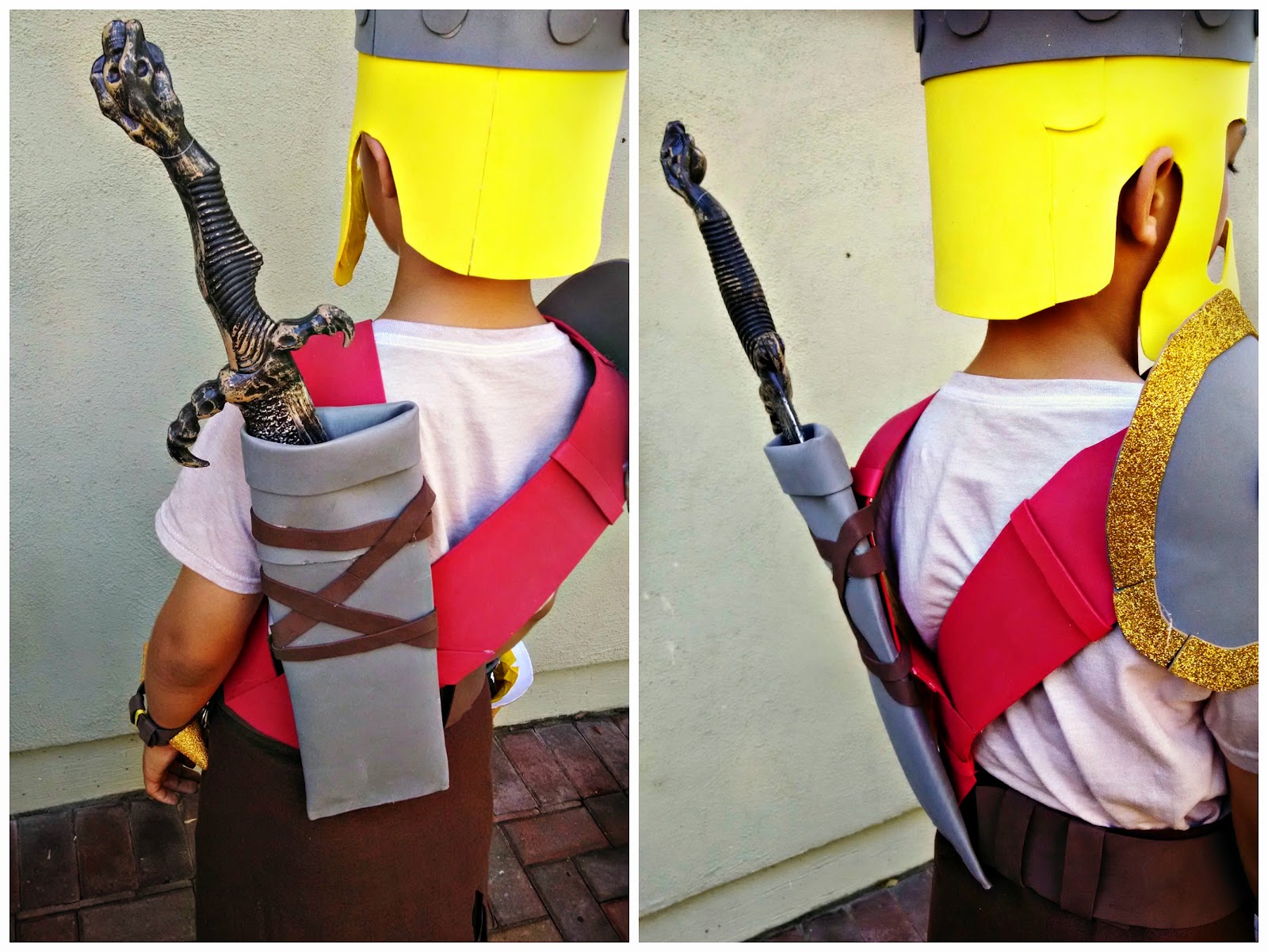 If we ever get the opportunity to attend ComicCon, Jammy is ready!! 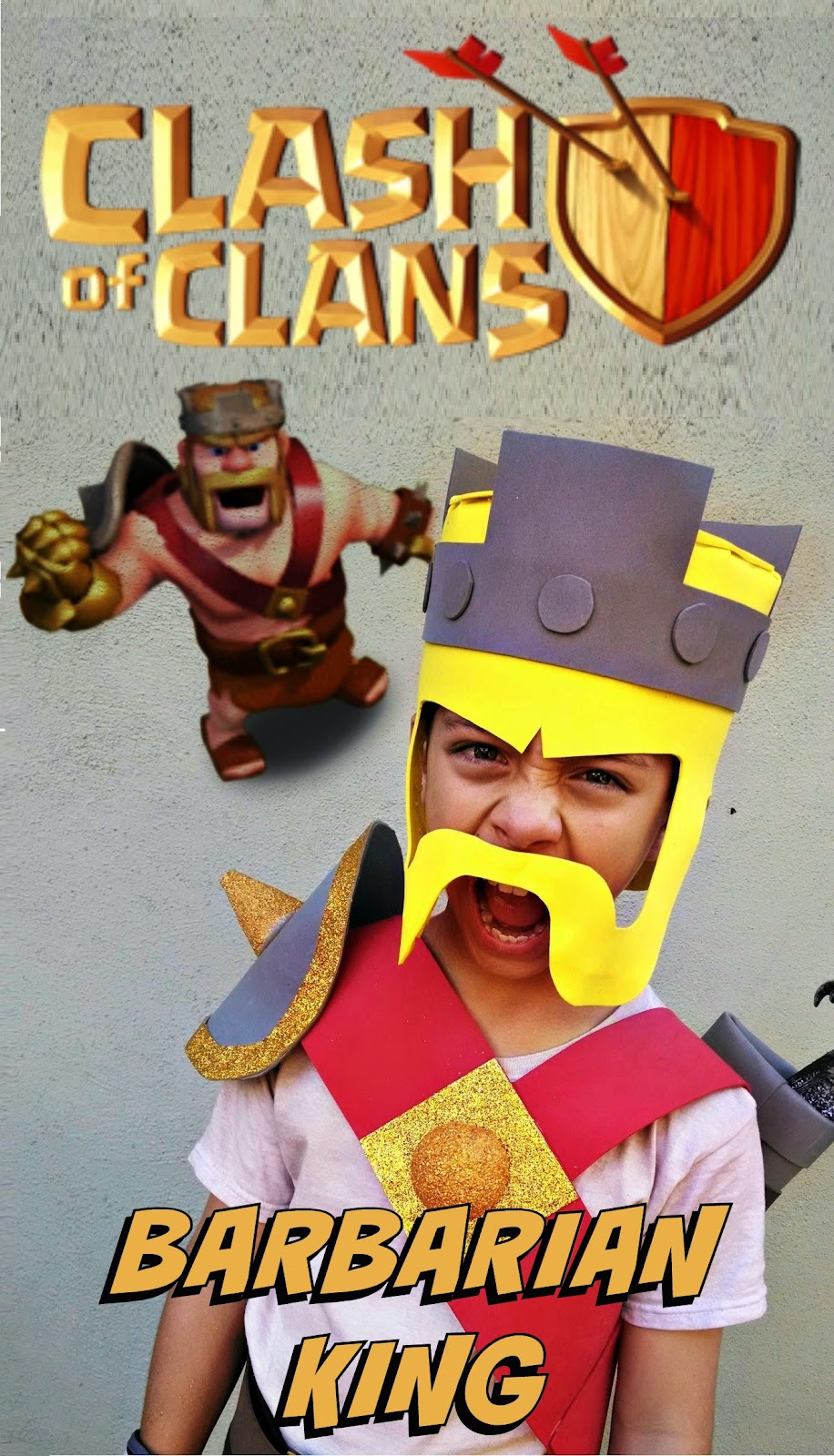 posted on Monday, October 27, 2014
Email ThisBlogThis!Share to TwitterShare to FacebookShare to Pinterest