Like many families, we love looking at holiday decorations and light displays. There are several great places around the Bay Area that are known for their light displays; our favorites are Eucalyptus Street in San Carlos and the Los Gatos Fantasy of Lights, but for one reason or another we didn't get to see either one this year. This year we got our fill of twinkling lights at an entirely new place: Global Winter Wonderland, a holiday display in Santa Clara.

Global Winter Wonderland is a collection of holiday-themed displays, such as toy castles and snowmen and Santa's workshop, along with displays of landmarks around the world, such as the Eiffel Tower, the Taj Mahal and the Golden Gate Bridge. In the daytime they look bright, colorful and cartoon like.... 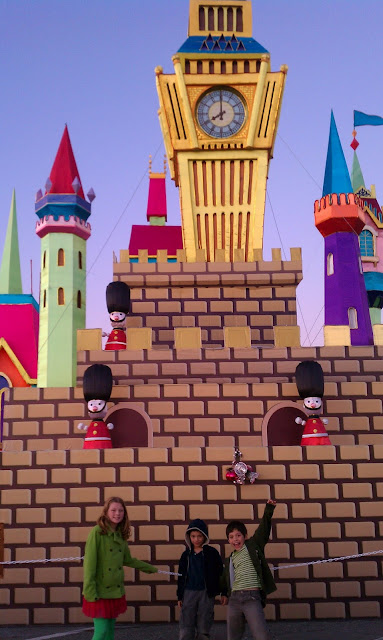 .... but at night they all light up with hundreds of bright, lights! It looked really amazing, and we spent a couple of hours walking around looking at all the displays. To be sure, I'm not sure it should have been called "Global" Winter Wonderland -- it was more like "Mostly Asian Winter Wonderland". Asia was disproportionately represented, with dragon boats, Confucius statues, pagodas, and Chinese lanterns (just look at the entrance archway in the first photo!), and even the characters in the other displays looked like they belonged in a Japanese cartoon. 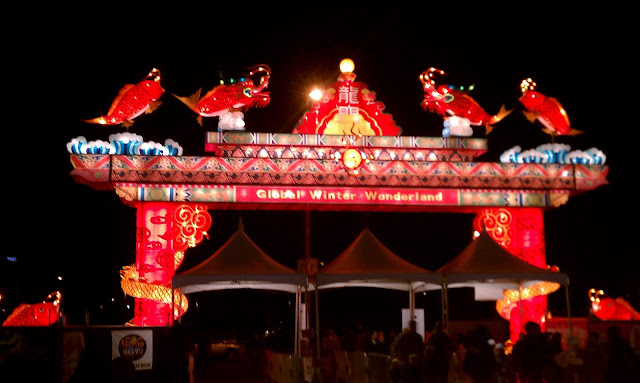 Also, they seem to have made a mistake regarding Native American dwellings. This is definitely a native straw hut commonly found in the Philippines, Thailand and other Southeast Asian countries! 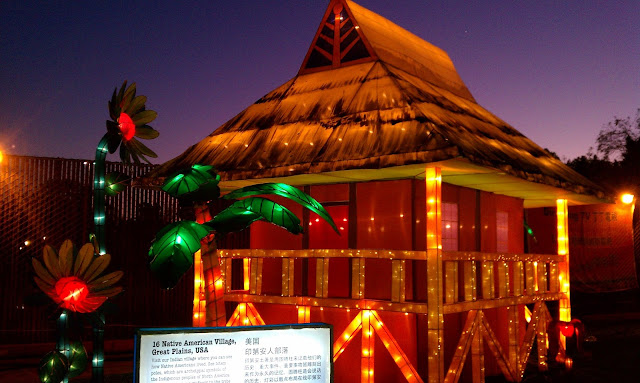 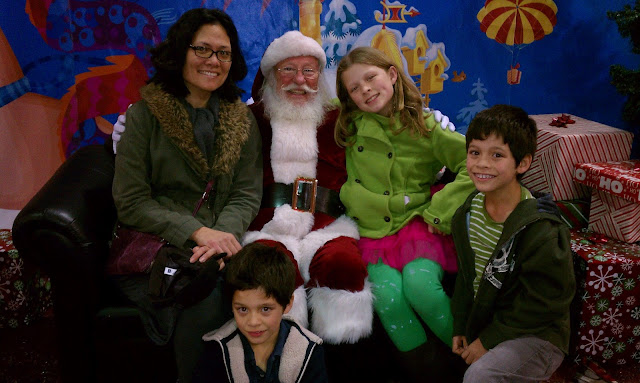 posted on Tuesday, December 27, 2011 Labels: family, holidays, kids, things to do, travel
Email ThisBlogThis!Share to TwitterShare to FacebookShare to Pinterest

Wow--wish I could've seen it! Looks like so much fun.