Can I brag about my kids now? 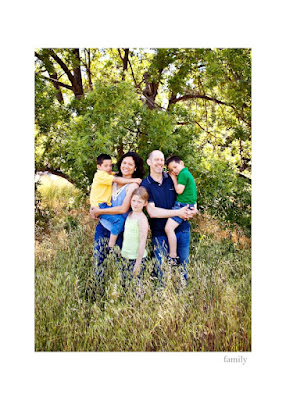 My latest program with BlogHer was so much fun -- we're promoting ABC's new show, No Ordinary Family, and we were asked to write about what makes our family extraordinary. I could have gone the conventional route and taken the opportunity to brag about my kids. For instance, I could have said things like:

* The Pea is the most gorgeous creature on earth. I think she must have been Helen of Troy in a previous life, and it amazes me that those model talent scouts haven't discovered her yet.

* 3Po is destined to become a soccer superstar. He's running rings around the other kids and I think he should be playing with 10 year olds.

* Jammy is going to win the Nobel Prize in Mathematics -- well, he would, if they had one, and I have a feeling they're going to create one especially for him. Both his kindergarten and first grade teacher have told me how good he is with numbers so obviously we have a genius in our hands.

But I didn't, because you might think I'm an insufferable, delusional stage mom. So I took a different approach, and assigned each member of our family a superpower that's every bit as impressive as the powers of the characters on ABC's new show. Click here to read more about our superpowers ....
posted on Wednesday, September 15, 2010 Labels: funny stuff, kids
Email ThisBlogThis!Share to TwitterShare to FacebookShare to Pinterest