The kindness of strangers 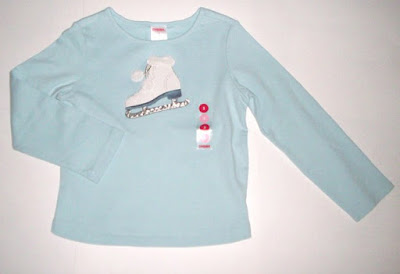 My dad has a story that he likes to tell as proof that God exists. He was late for a flight and arrived at the gate just as his flight, the last one of the day from Chicago to LA, was just leaving. With my mother waiting to join him in LA so they could board their flight to Manila together, and with no way to reach her, he pleaded with the gate attendants to let him through, but apparently the airplane door was already closed and it was already beginning to pull away. Desperate, he turned and looked out the window at the airplane and waved his arms wildly. He swears that he caught the eye of the pilot -- and the pilot nodded at him and actually stopped the plane. They reopened the plane doors and let him in.
You can image that I have a hard time believing his story -- c'mon! But hey, this happened in the 60's, when planes were smaller and security was looser, so what do I know? And dads don't lie, right? Anyway, whether he embellished his story or not, I still enjoy hearing him tell it. Not only because it shows that God does work in mysterious ways, but because it reaffirms my belief in the basic goodness of mankind. In a world where thugs beat up old ladies, isn't it nice that stories like these exist?

Besides, it just so happens that I have a story like that of my own (and I swear, this one's true). Mine happened about a decade ago, when I was in Manhattan on a business trip and I left my wallet in a taxi. I cursed my carelessness and braced myself for the tiresome process of replacing my credit cards, bank cards, drivers license, etc.. Then, later in the evening, the hotel phone rang. It was my sister calling; had I by any chance, lost a wallet? The taxi driver had found my wallet wedged in the back seat and called the only phone number that he could find in my wallet - hers. He gave my sister his home phone number and told her to call him back if indeed I had lost a wallet. I couldn't belive it! I gave him my hotel address and the next day he came over and returned my wallet to me -- with all the cash in it. He was a middle-aged man who lived in New Jersey; he was an immigrant, he worked long hours and was probably struggling to make ends meet. He could easily have said he found the wallet empty. Yet he chose to do the right thing.
About a week ago, something very nice happened to me again. I had been looking for something for several weeks, and was finally forced to admit that it was lost. It's the Pea's favorite shirt, a powder-blue shirt from Gymboree, with a cute applique on it that proclaims her newly-found love of ice skating to the whole world. She hadn't worn it in several weeks, but since my laundry turnaround time is somewhere between 1 and 2 weeks, we figured it was somewhere in the laundry hamper. When it still hadn't turned up after a full wash cycle, we combed the house looking for it, to no success. She was so sad about it that I had already begun searching eBay for a replacement.
Then last night, the phone rang. It was a lady from The Pea's elementary school, calling about a shirt in the school lost-and-found. She was in charge of sorting out all the stuff kids leave at school and sending unclaimed items to charity. I nearly choked on my dinner when she asked if The Pea had lost a pretty blue shirt with an ice skate on it (I still have no idea how it ended up at school; after all, it's not likely that my 6-year-old secretly goes around school topless in February. But I'm not going to waste too many brain cycles on it). By some stroke of luck, I had written our last name on the shirt tag. But it wasn't luck that this lady took the time to look us up and contact us, it was just plain being nice. When I dropped by her house to pick the shirt up, I noticed several other packages on her porch. She had done the same for several other people.
MLB, thank you so much. The stakes may not have been as high in as my dad's story, and it may not be much in the way of monetary value, but your act of kindness means as much to my daughter as that taxi driver's did to me. Thank you for making my daughter's day and giving her her own story about the kindness of strangers.

Bonggamom is cross-posting this on both the Silicon Valley Moms Blog and Filipina Moms, in the hopes that MLB, the taxi driver, the pilot and others like them will somehow read this and know how much their gestures are appreciated.
posted on Wednesday, February 27, 2008 Labels: love
Email ThisBlogThis!Share to TwitterShare to FacebookShare to Pinterest