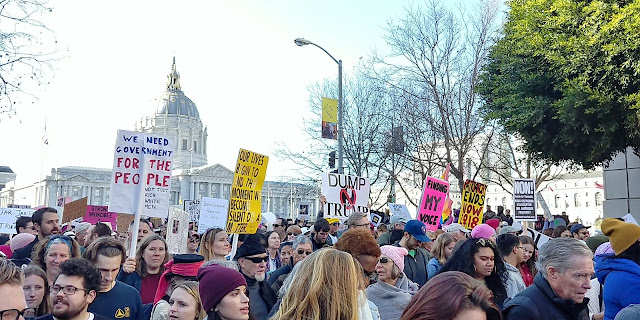 
As expected, the majority of the funny signs involved Trump: 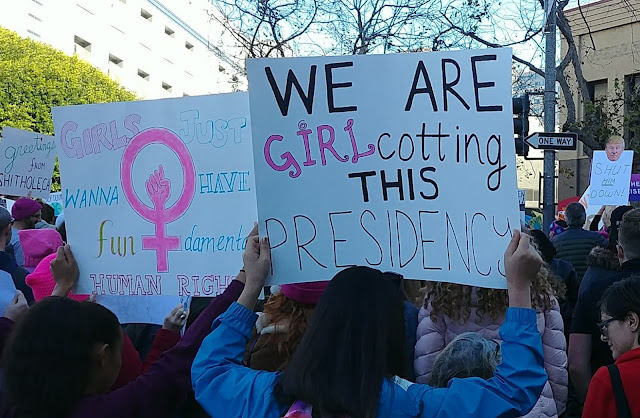 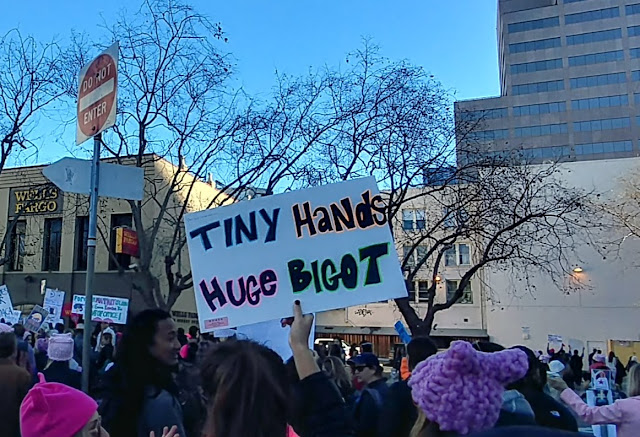 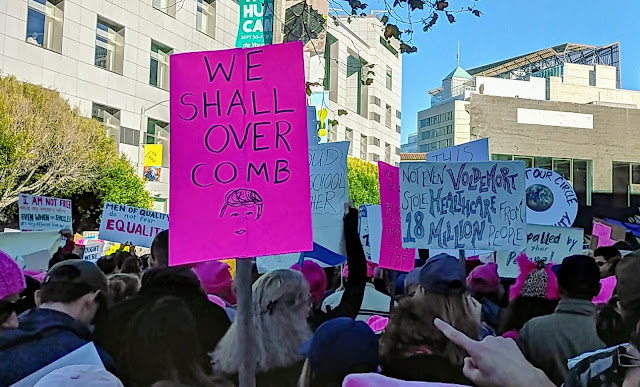 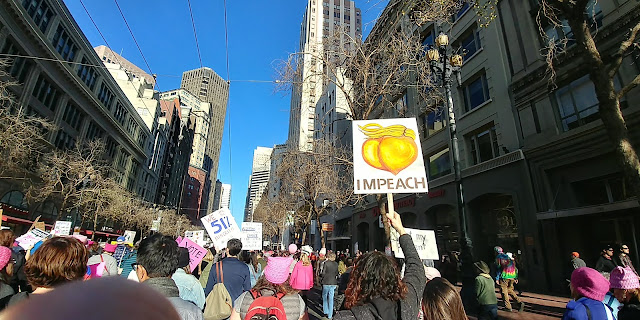 Other signs focused on empowering women and using the power of your vote to bring about change: 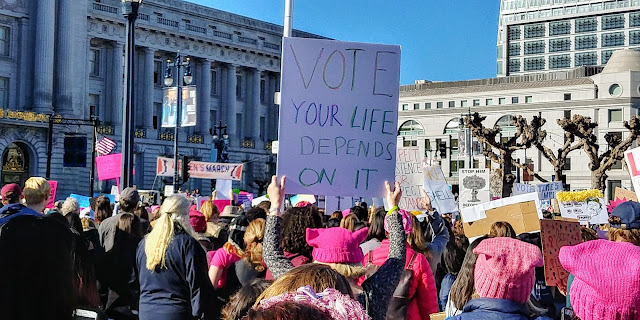 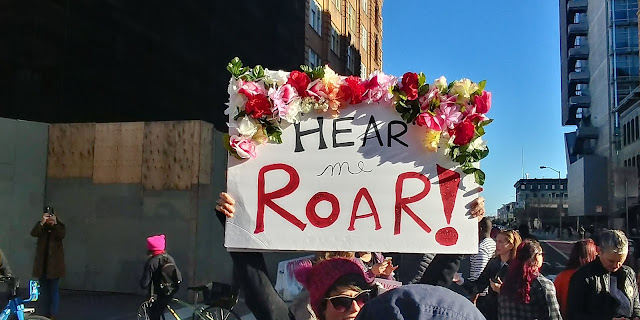 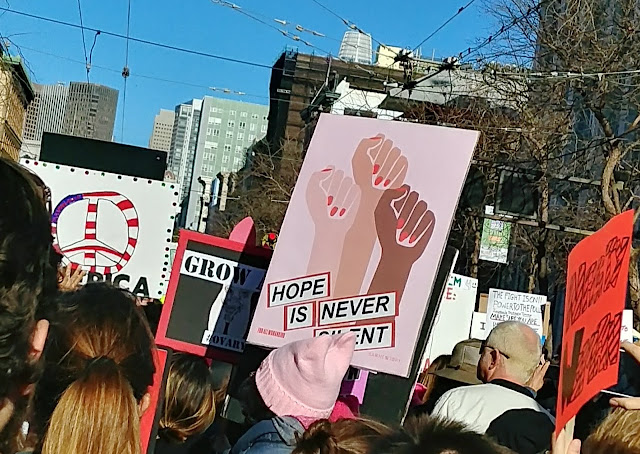 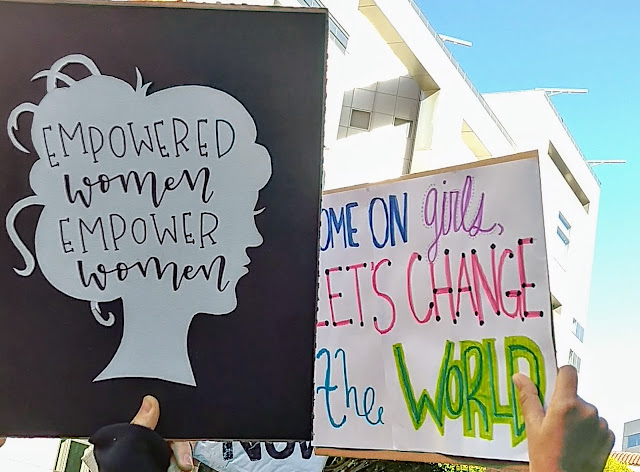 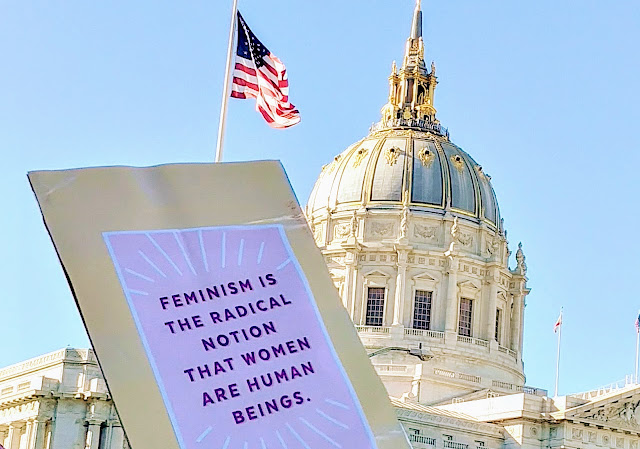 Other marchers highlighted specific causes such as LGBT rights or immigrants' rights: 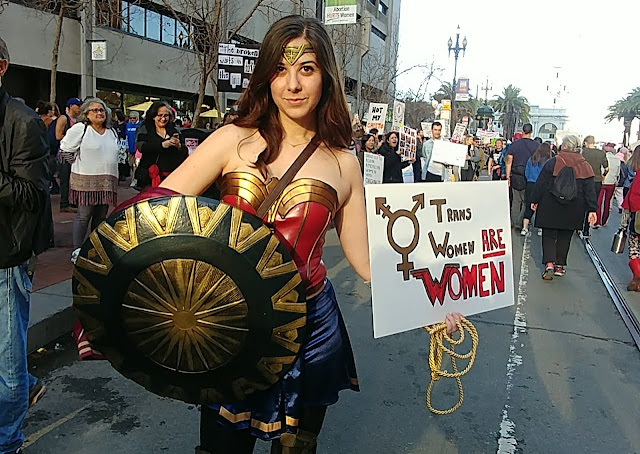 We were amazed by people's creativity! The amount of effort some people took was impressive. We saw some truly one-of-a-kind signs: 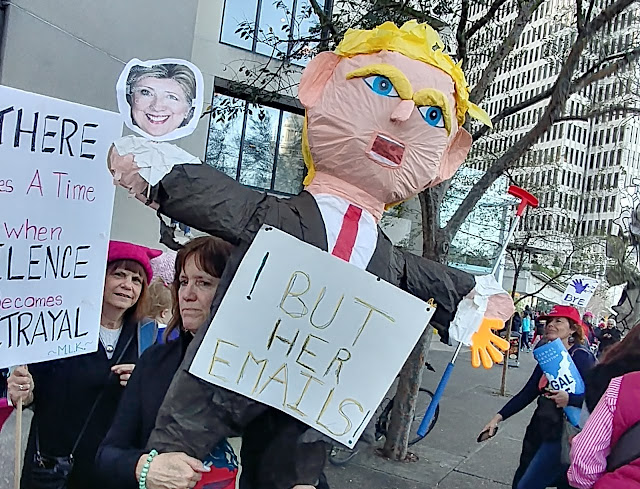 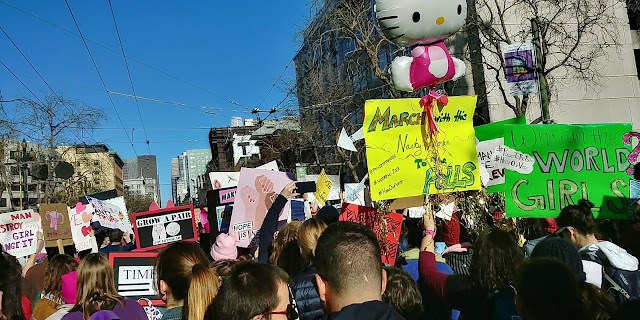 Naturally, The Pea and I did not march empty-handed. We brought the posters we made from last year, along with two more signs that I made this morning. One had a Rosie the Riveter/midterm elections theme, and a second with a Princess Leia theme. Both turned out to be a hit! Many people stopped The Pea to ask her if they could take a photo of the signs, or pose with her and the signs. 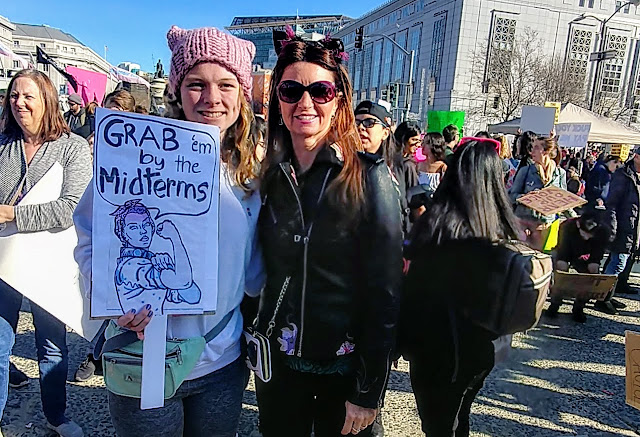 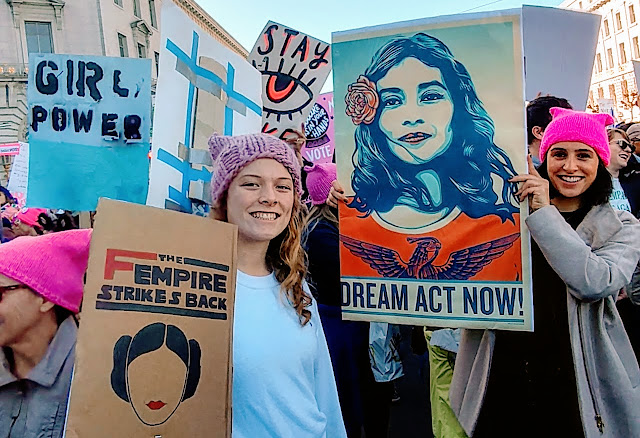 Some day I hope to be able to plagiarize this amazing woman's sign. Hopefully, by that time there will be nothing to protest. 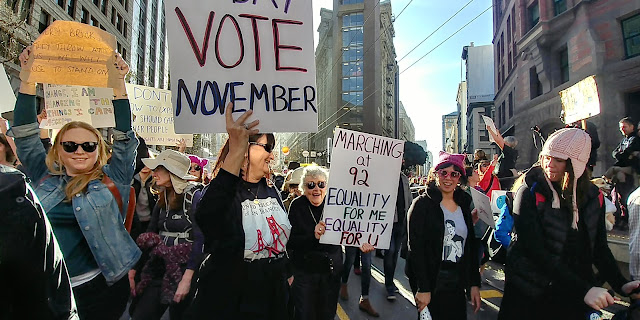 We loved this set of original artwork signs. They had designs on both sides! 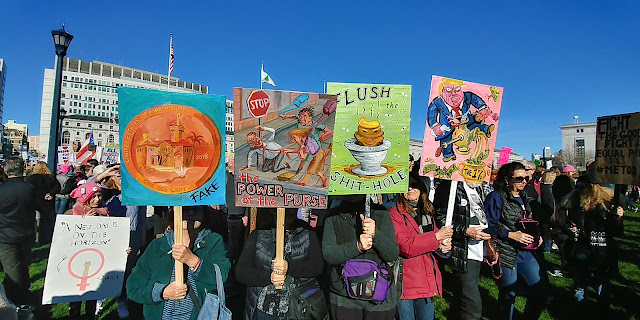 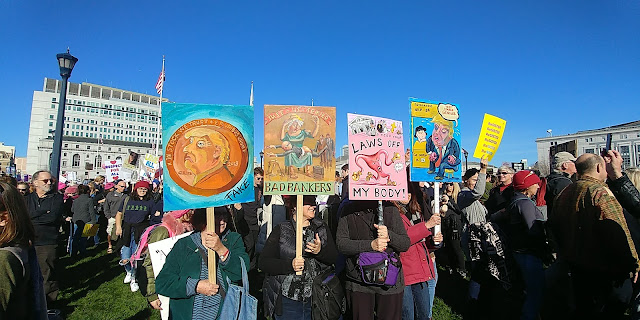 We can't wait to see what signs people come up with next year! 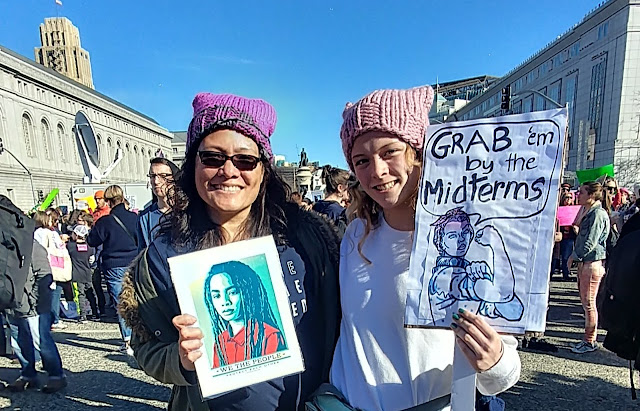 posted on Saturday, January 20, 2018
Email ThisBlogThis!Share to TwitterShare to FacebookShare to Pinterest