Saying goodbye to the Hollywood Tower of Terror 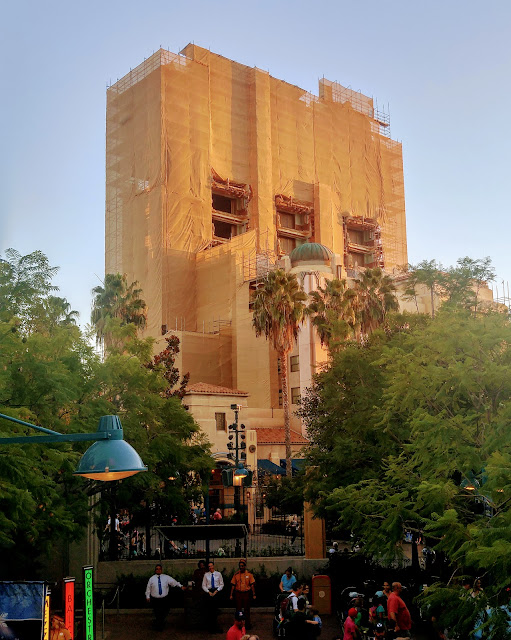 The Twilight Zone Tower of Terror has always been my favorite ride at the Disneyland Hotel. No matter how many times I ride it, I always come out with my hands shaking and my throat raw from screaming. So I had mixed feelings when Disney Parks announced that the ride would be getting a Guardians of the Galaxy makeover in 2017. They'll be keeping the elevator-drop mechanism, but completely redoing the exterior as well as the ride visuals and sound effects. I've been through enough ride closures and openings to know that whatever they come up with will be nothing short of Marvel-ous, but I do feel a twinge of sadness at the loss of my favorite ride.
Fortunately Disney recognizes how much the attraction means to fans. They have given guests a few special Tower of Terror (ToT) experiences to enjoy before it closes for good on January 2, 2017. Here are six things you can do to make saying goodbye a little easier:

Take the plunge after dark 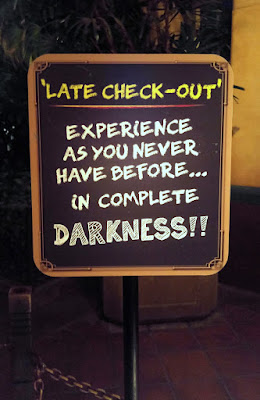 Once nighttime sets in, guests can avail of the hotel's "Late Check-Out" option -- the chance to ride the Tower of Terror in total darkness. It's a totally unique, totally terrifying experience! Once the elevator doors close on you, the lights go out and you literally cannot see your hand in front of your face. You can still hear narrator Rod Serling's, you can feel the elevator rise, and you can hear the doors open, but you have none of the visual clues. It's completely disorienting; I've taken the drop many, many times and this felt like a whole new ride. As you would expect, the Tower of Terror is very popular these days, and Late Check-Out is even more so. Already-long lines are compounded by the fact that ToT stops issuing Fast Passes after 5:00PM. Expect wait times of 60-100 minutes.

A couple of eateries at Disney's California Adventure have special food and beverage items commemorating the hotel's closing. Award Wieners in Hollywood Land serves the Tower Drop Dog, an all beef frank dipped in red pepper ketchup on a black bun. It's topped with grilled onions, peppers, and crunchy onions. Over at the Carthay Circle Restaurant and Lounge, guests can order The Drop, a martini with Midori, Irish cream and grenadine syrup.

Take a photo at the special HTH photo set 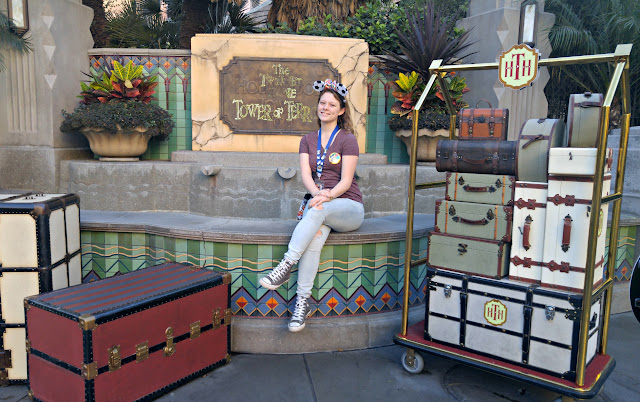 Take a photo with the Hollywood Tower Hotel bellhops

We headed to the Hollywood Tower Hotel as soon as Disney's California Adventure park opened, only to find that the ride was experiencing a malfunction. Because there were about half a dozen bellhops just standing around, they were more than willing to pose for a photo with my daughter. The bellhops and their somber sense of humor are one of the things I will miss most about the Hollywood Tower Hotel, so I was happy to have something to remember them by. 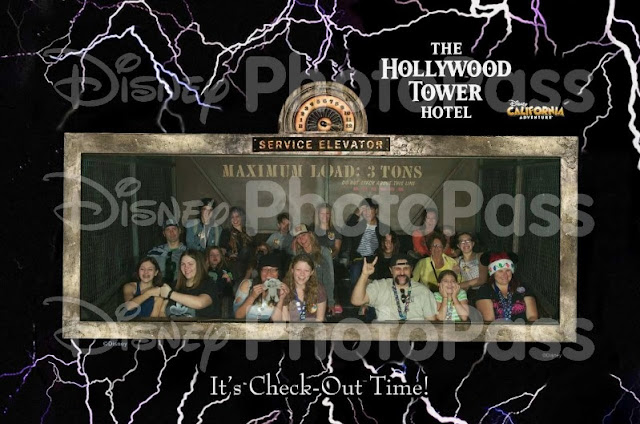 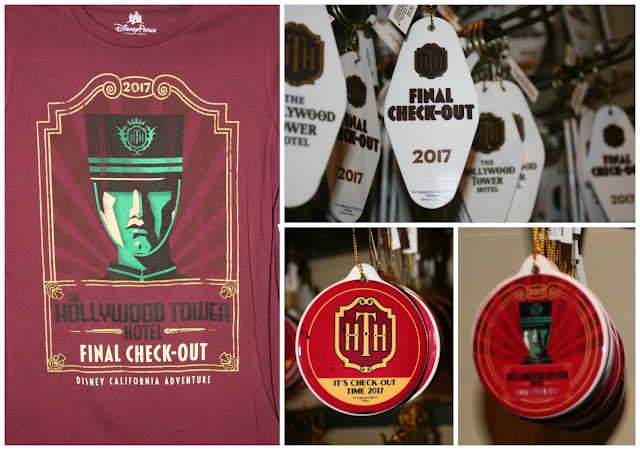 It never occurred to me that the Hollywood Tower Hotel would ever leave California Adventure, so I've always breezed by the souvenir shop at the end of the ride. Now that HTH merchandise is disappearing fast (there are no more HTH-themed trading pins, for example), it's worth taking a look at what's left. Disney Parks Merchandise has released special Final Check Out products that are sure to be big sellers on eBay; keychains, ornaments, and tshirts will be available until January 2.

Disclosure: I was a guest of the Disneyland Resort for a recent media event.