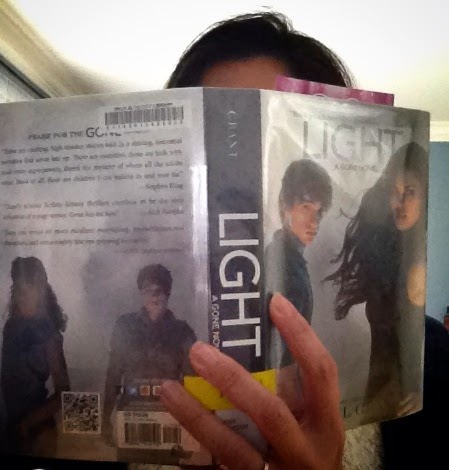 This morning I saw a great list of books to read before they show up on the big screen in 2014.  I compared the list with my 2014 must-see movie list, and noticed that eight of the movies I want to see (The Monuments Men, Vampire Academy, Divergent, The Giver, The Maze Runner, The Boxtrolls, The Hunger Games: Mockingjay Part 1, The Hobbit: There and Back Again) are film adaptations of novels.  Four of the movies (Captain America: The Winter Soldier, The Amazing Spider-Man 2, X-Men: Days of Future Past, Guardians of the Galaxy) are based on popular comic book series, and three more (Jack Ryan: Shadow Recruit, Maleficent, How To Train Your Dragon 2), while not exactly based on a book series or story, feature characters from the series or stories.  To me, it's an indication that whatever the state of the original screenplay industry may be, books and works of fiction are alive and well!

I can't think of a single novel-based movie I've seen that was better than the book, so if I'm going to watch all these movies, I have quite a few books to read this year*.   I've put together a list of some books on my must-read list 2014; I say "some" books, not "all", because you never know what new books I'm going to discover this year!

RICK RIORDAN
The Blood of Olympus

REZA ASLAN
Zealot: The Life and Times of Jesus of Nazareth

CRESSIDA COWELL
How to Betray a Dragon's Hero

GEORGE R.R. MARTIN
A Game of Thrones
A Clash of Kings
A Storm of Swords
A Feast for Crows
A Dance with Dragons


* I didn't include the Vampire Academy book series on this list because I don't think I could bear yet another vampire romance.  Twilight was enough for me.  Also, I didn't include Here Be Monsters (the book that The Boxtrolls is based on) at this point because, well, I don't know why.  The plot summary didn't appeal to me.  For once, I think I'll watch the movie first, then decide whether I want to invest my time in reading the entire series.

posted on Wednesday, January 08, 2014 Labels: about me, good reads
Email ThisBlogThis!Share to TwitterShare to FacebookShare to Pinterest