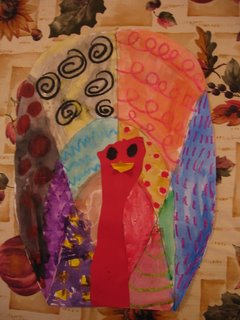 It's Thanksgiving Day, and all I can think about is beef, not turkey. I'm a prize-winning chef! Earlier this week I threw together some beef and pastry and called it Mini Beef Empanadas, and sent it with Graham to his office's Thanksgiving potluck. Fourteen people brought dishes, everyone voted for the dish they liked best and mine came in third! Graham swears it should have come second because he thought he wasn't allowed to vote his own dish, then found out that everyone voted for their own dish anyway. Sweet, loyal Graham -- he thought the empanadas were a shoo-in because everyone was raving about them and they were the first to go. No wonder people like joining contests and winning tacky, useless blue ribbons. What a rush to hear people rave about your cooking! Here is what they look like in their raw state: 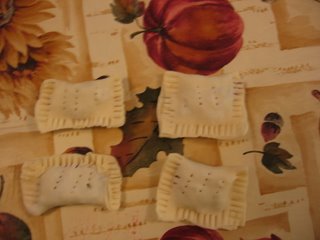 I'll take another photo later once they are baked and on their way to our Thanksgiving dinner. Hopefully everyone will like it as much as Graham's officemates did.