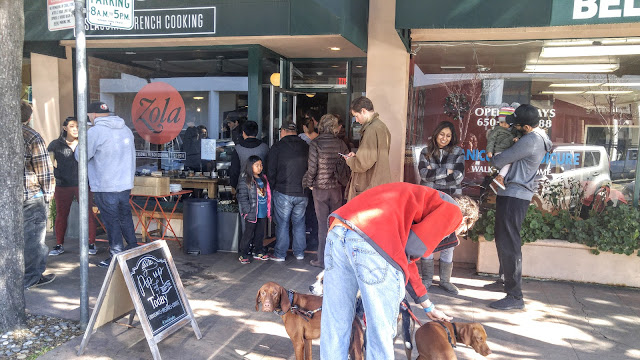 Alfie always says I'm terrible at noticing things that are right under my nose. I'm always the last to realize when it's raining, when the milk has run out, or when he cuts his hair (to be fair, he keeps his clipper set at 1/8 inch and cuts it twice a week). The same goes for restaurants: they come and go in our local downtown area, and I'm never the wiser. I certainly never would have noticed the long line for the best pop-up patisserie ever had I not run into a friend one weekend morning. She invited me to come along for the best pastries in the Bay Area. With a description like that, how could I resist?


The pop-up we went to is held at a local restaurant once a month or so. The proprietor, a talented young pastry chef, does not have a storefront yet, so once a month he bakes up a storm and sells his goods to raise money. It's gotten so popular when we arrived, 20 minutes before opening, the line was already snaking around the block.

At 10:00 am, the line began to move. After about 15 minutes, we entered the restaurant. A sample of the day's pastries were on display near the front of the restaurant. I inhaled the buttery scent of pastry dough and wondered if these treats could possibly taste as good as they look and smell. I used our time in line to figure out which ones you'd like to buy, but quickly realized I wanted them all. 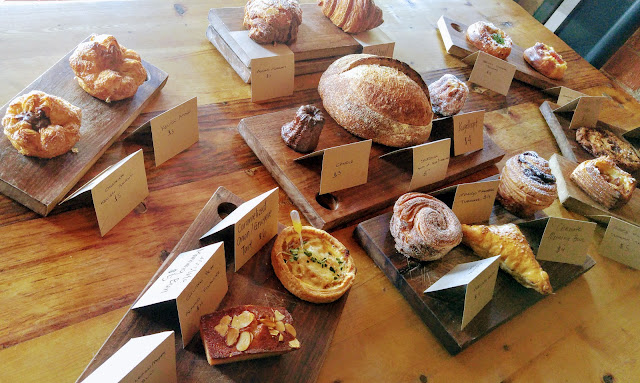 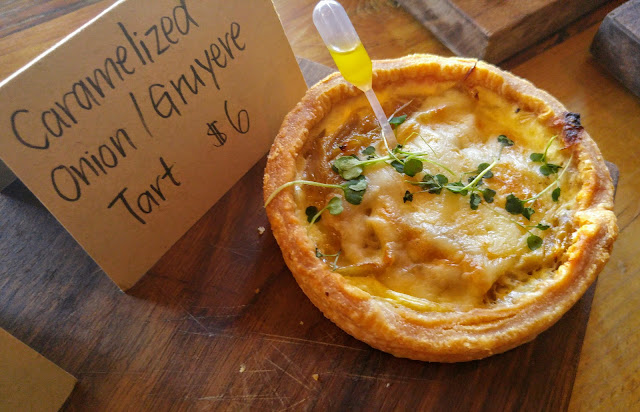 I decided on the kougin amann, onion-gruyere tart, chocolate croissant, ham and cheese croissant, chocolate chip cookie, and apple turnover. As I was about to pay, I was offered a sample of chocolate sable cookies; after half a bite, I added a bag of cookies to my order. 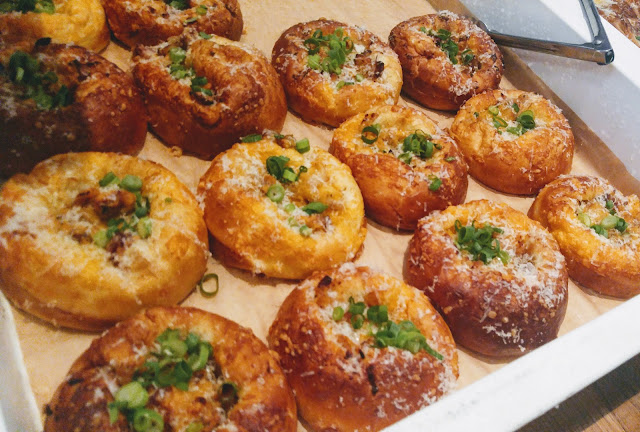 The store stays open for as long as there are pastries to sell. Judging by the number of people in line and the gigantic boxes they were filling, I would say that by 10:00, you'd be lucky to buy anything. 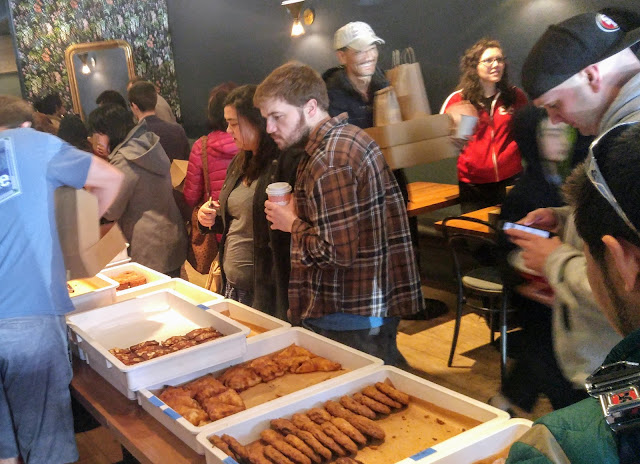 I took my new treasures home to share with the family, but in retrospect I'm not so sure that was such a good idea. I should have eaten them all myself, because every single bite was glorious. When you divide a pastry by 5, you end up with a measly bite that's just enough to tantalize you and leave you wanting more.

My favorite was the kougin amann (pronounced "queen aMAHNN"). It looked a bit like an ordinary croissant,, but my friend said it was her favorite, so I bought one and quickly discovered that beneath the ordinary croissant dough is a layer of buttery, sugary, caramelized goodness. I'm torn between sadness that it took me so long in life to discover kouign amann, and happiness that I've been let in on a delicious secret. 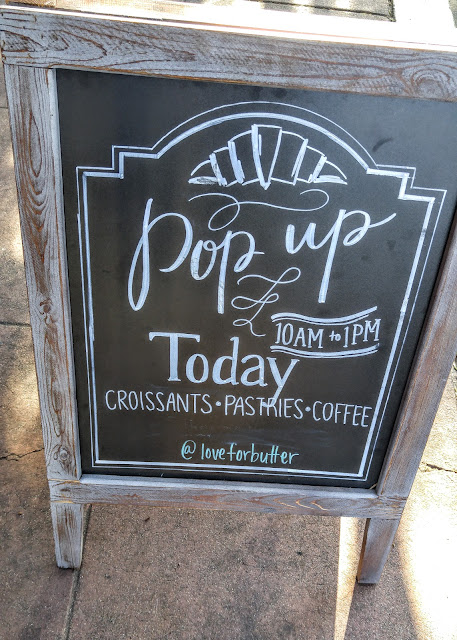 Note that I haven't revealed the name of this amazing pastry chef or what his pop up store is called. I'm torn between shouting it out to the heavens, and selfishly keeping it to myself so that the lines don't get any longer. Truth be told, the pop-up doesn't have a name, and there isn't a set schedule. So I'll leave you with 2 clues -- the chef has an Instagram account, and he has a great *ahem* love for butter -- and let you figure it out.

Now that I've told you about it, I might have to kill you. But after you taste these pastries, you just might die of bliss anyway.