Pumpkin Food and Drink at the Half Moon Bay Pumpkin Festival 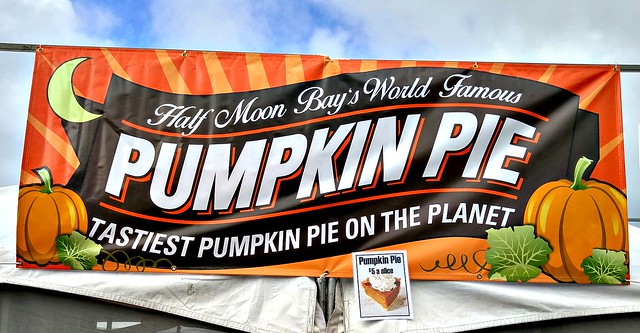 Before I came to the Bay Area, I didn't really like pumpkins. I hated the calabaza (squash) and spinach broth that was a fixture of my childhood dinner table, and I figured pumpkins didn't taste any better. All I really knew about pumpkins was pumpkin pie, and I can't stand pumpkin pie.

I still hate pumpkin pie, but over the years I've fallen in love with pumpkins. Not only are they a symbol of my favorite time of the year, they also make for some really good eats! I've discovered a ton of pumpkin foods that I love -- and I've discovered that the best place to get them all in one place is the Half Moon Bay Pumpkin Festival.

In case the name hasn't given you a clue, the festival celebrates all things pumpkin, including pumpkin crafts, merchandise, food, and drink. You could feast for days on nothing but food made from pumpkin!  Allow me to whet your pumpkin appetite by listing down all the pumpkin food and drink I saw at the Half Moon Bay Pumpkin Festival:

Let's start with appetizers and snacks. Pumpkin bread and pumpkin muffins, anyone? 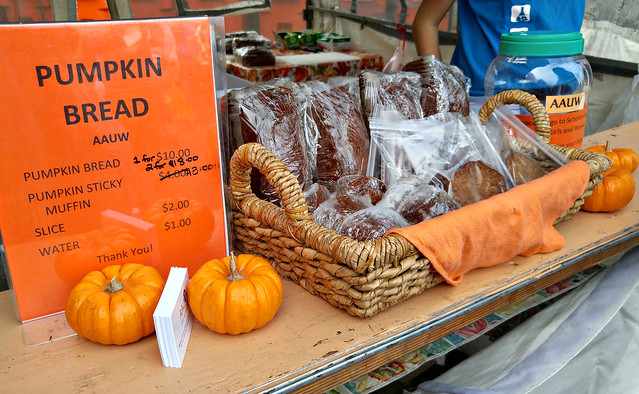 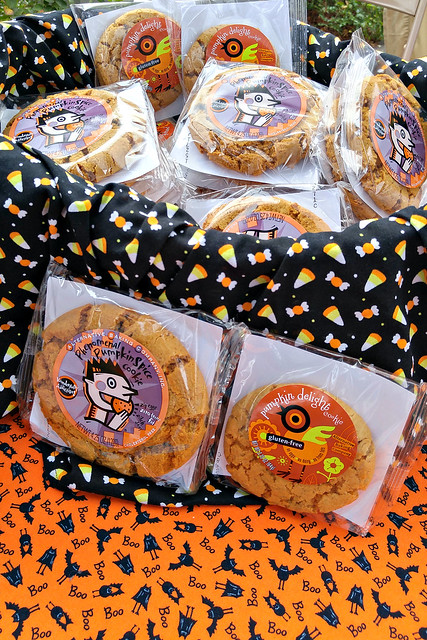 If your snack profile is savory, pumpkin seeds are a fun, healthy snack. 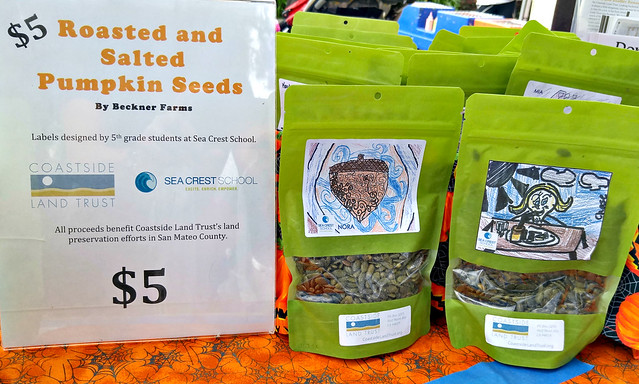 Feeling thirsty? Grab a bottle of pumpkin soda for the kids... 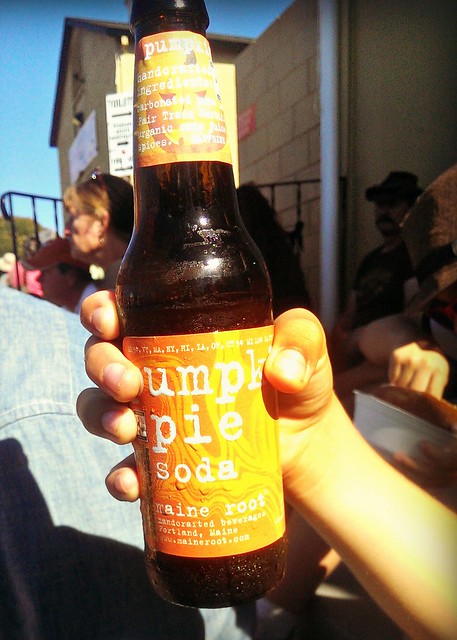 ... and a flagon of pumpkin ale for the grownups. 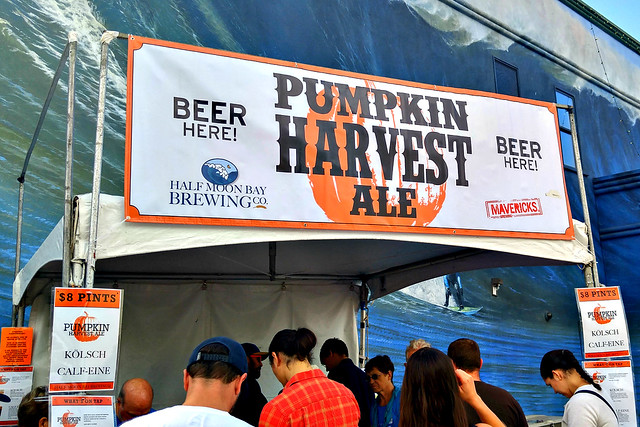 On to the main course. Festival booths served up pumpkin mac-n-cheese (with a pumpkin seed topping), pumpkin soup, and pumpkin chili. 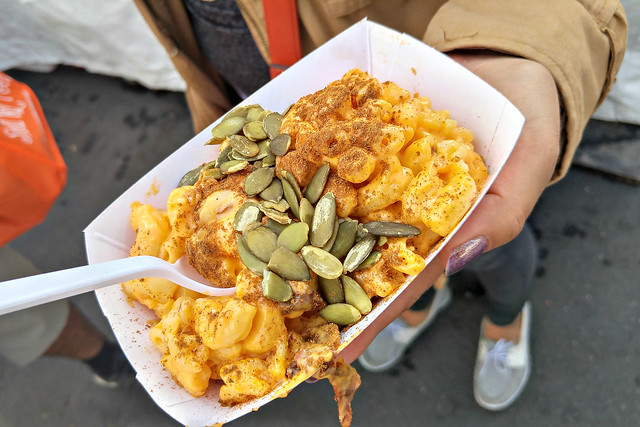 It's time for dessert! The Half Moon Bay Pumpkin Festival has the best homemade pumpkin ice cream around. It's so smooth, sweet, and creamy, I look forward to my bowl (yes, BOWL) of pumpkin ice cream every year. 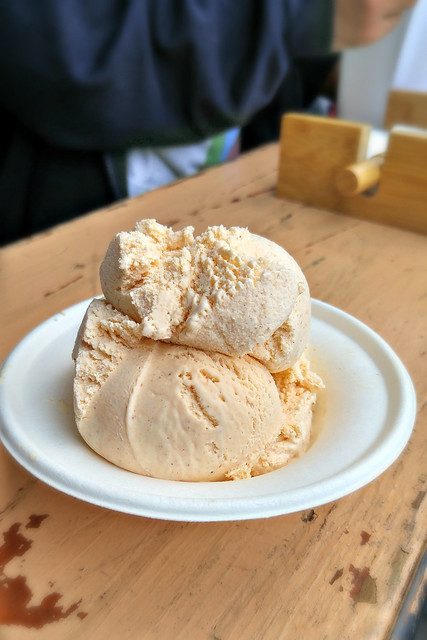 Pumpkin cheesecake has a nice sweet tang, and it's a great alternative for pumpkin pie haters like me. 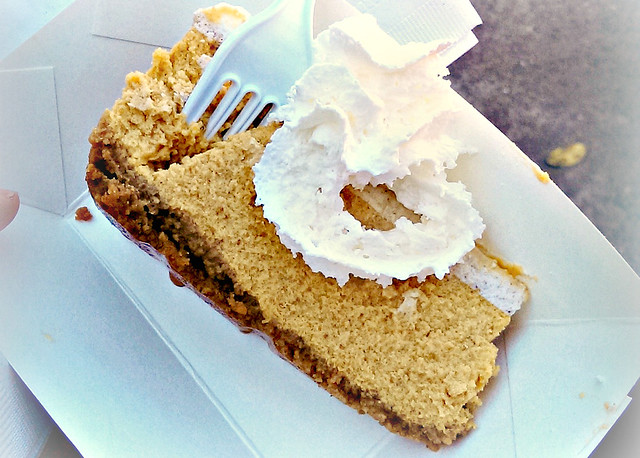 Much as I dislike it, I guess I can't really write a post about pumpkin foods without mentioning pumpkin pie. This is probably the most popular pumpkin food at the festival. 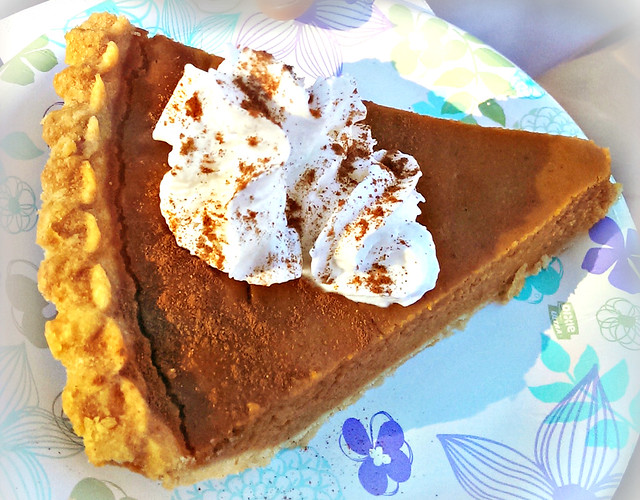 The rest of the family vehemently disagree with me on this; they would happily consume pumpkin pie from now till Thanksgiving. 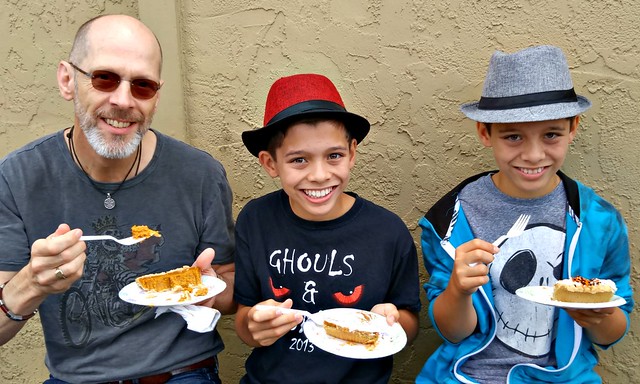 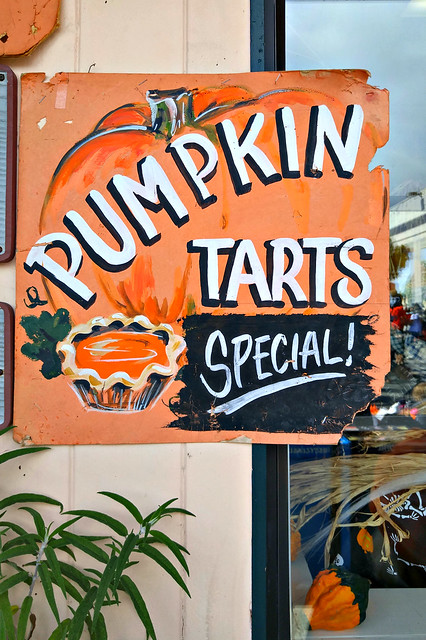 The Half Moon Bay Pumpkin Festival is over for 2015; you'll have to wait till October 15-16, 2016 to enjoy the next one. Fortunately, you can still enjoy any of these pumpkin treats by making them yourself, and by hunting them down online or in your local neighborhood!