It has been four days since the conference ended, and as usual, I'm still trying to take it all in.  I'm sorting through business cards, still cropping and editing photos, still gathering my conference notes, still putting away the swag. I know that the longer I wait, the less probable it will be that I actually write a BlogHer 2014 recap post, so rather than attempt to describe everything I did and everything I learned, I've written a "Best Of" post.  Without further ado, here are the best things about BlogHer 2014:

To be perfectly honest, I was not altogether impressed with the conference agenda; there seemed to be way fewer breakout sessions than at the last BlogHer I attended, and I wasn't inspired by any of them.  But the general sessions and keynote speeches more than made up for it.  It's too difficult to pick a single one, so I invented different categories for all of them!

Best 10x10 Project speech: Stacey Ferguson
The 10x10 project features a variety of bloggers who each gave their 10-minute take of how blogging has evolved for them over the last 10 years.  My favorite one was Stacey Ferguson, aka Justice Fergie, who spoke about how she founded the Blogalicious conference.  Runner up was Katherine Stone, founder of Postpartum Progress, a resource for moms suffering from postpartum depression, also celebrating its 10th year. 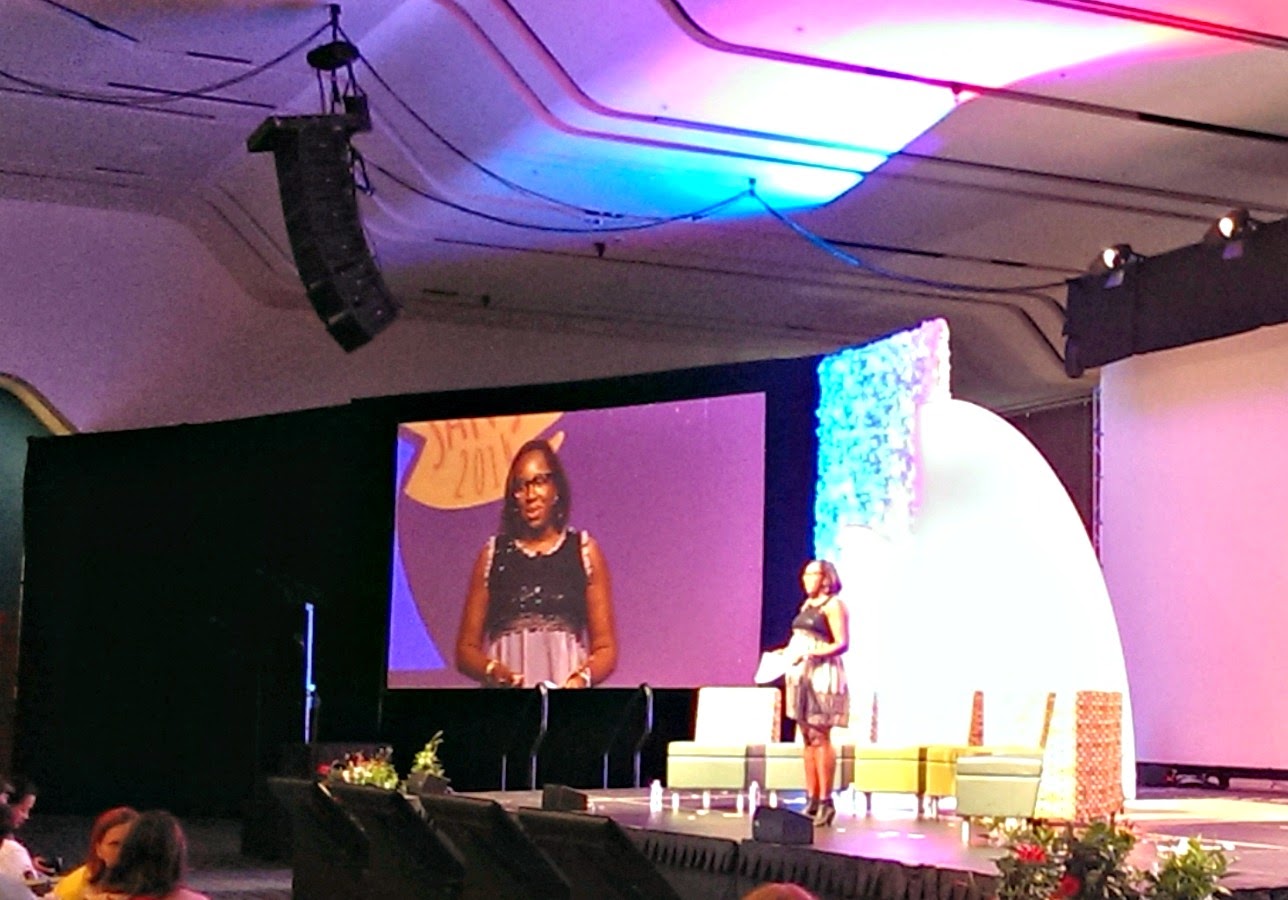 Best Keynote Speakers: Guy Kawasaki & Arianna Huffington
Apple's ex-chief evangelist and The Huffington Post's founder are giants in the tech world, and after just 5 minutes being on stage, anyone can see why they've gotten to where they are.  Both of them are extremely intelligent and interesting. They're both quick witted and articulate -- which made for some great exchanges when Guy interviewed Arianna about how she steps back and finds balance in her super-hectic life.  Here are two of my favorite:

Arianna (on standing out from the crowd): Ubiquity is the new exclusivity.
Guy: Wow, do you think in 140 characters?

Arianna (on digital detoxing and the need to step back): Even God took a rest on the seventh day.
Guy: And how many Twitter followers does God have? 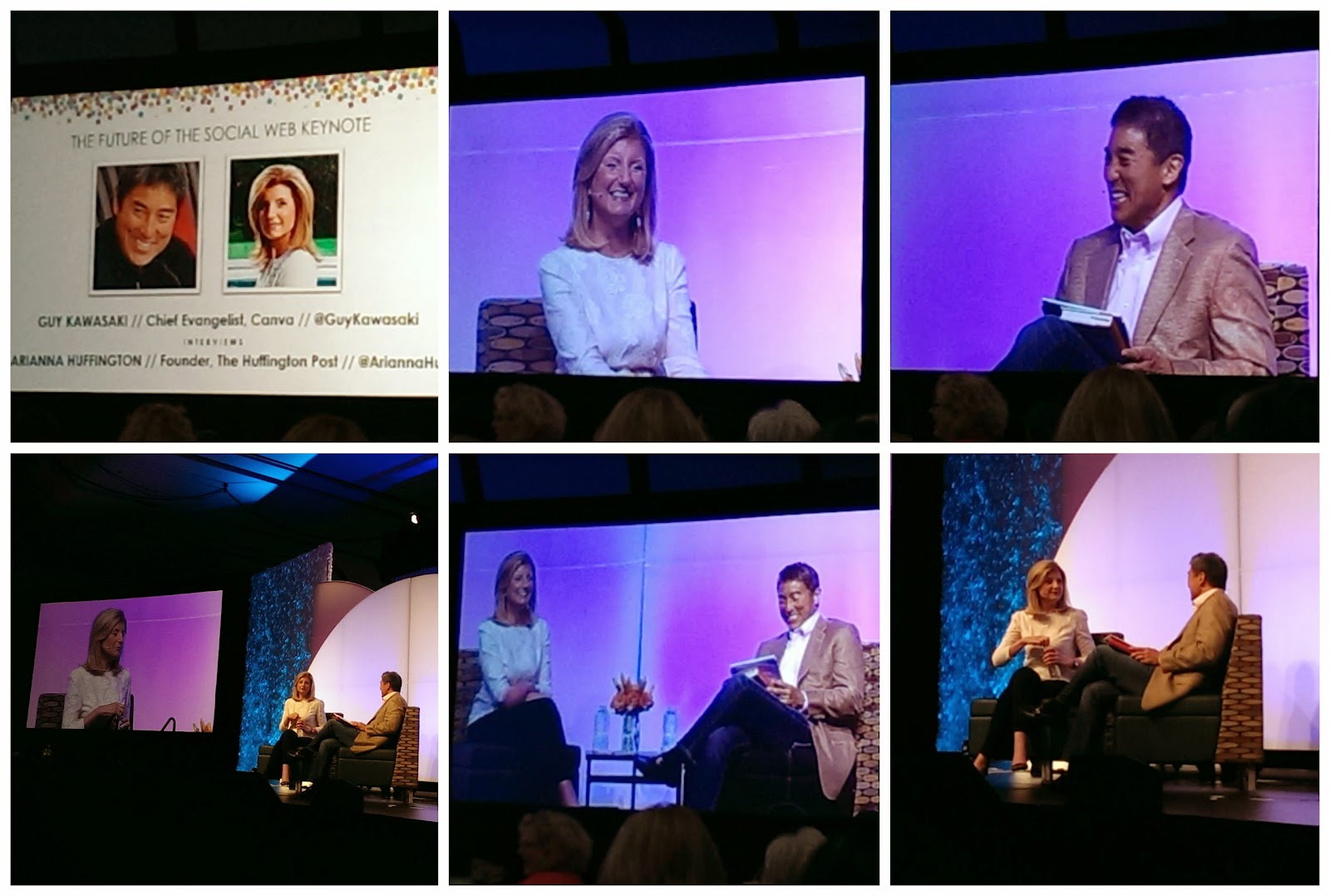 Runner-up for Best Keynote Speakers: The Bloggess.
Jenny Lawson tackled every topic under the sun: her writing process, her Red Dress project, that awkward moment at Heather Armstrong's (Dooce's) keynote speech at BlogHer 2008 when she was drunk and Heather totally ignored her, the book deal that eventually came out of it, becoming a New York Times bestselling author..... oh, and about cutting the arms and legs off babies.  And buying human hair at a Colorado airport because she couldn't buy pot.  Jenny is the kind of person who can read the phone book and have everyone laughing hysterically, and she was amazing.

Third Place, Best Keynote Speaker: Kerry Washington
See, I told you the general sessions were excellent!  Despite the awesomeness of Guy Kawasaki, Arianna Huffington, and Jenny Lawson, Kerry Washington's keynote was probably the most popular.  She's the first woman of color to be a lead in a primetime television show in a generation. Thanks to its massive Twitter following and live show tweeting, Scandal (Kerry's show), has become the water-cooler show of the 21st century, in spite of of hundreds of cable tv channels, DVRs and internet tv viewing. Kerry spoke about how she has evolved on social media, how she balances her Twitter presence with her desire for privacy, and how she uses her social media presence and celebrity to raise awareness for causes she cares about.  I don't watch Scandal, but I'm a fan of Kerry Washington the activist, so I

The BlogHer Expo floor was way, way smaller than it used to be.  The giant megabooths of years past were gone, and I missed quite a few brands that were regulars at past BlogHer Expos.  But there were three standouts:

Chuck E Cheese
The Chuck E Cheese booth had long lines throughout the conference for 3 reasons.  First, they had a photo booth with props. Second, they didn't require you to post any selfies or tweet any hashtags before they gave you any sway.  Third, their swag was awesome!  They had a Wheel Spin with awesome prizes like board games, $20 Chuck E Cheese gift cards, $60 GameStop gift cards, $250 Sports Authority Gift Cards, a PlayStation, an XBox, and an iPad mini (which my friend Kim from Silicon Valley Mamas and Tippytoes & Tantrums won!)! They even gave away a Disney Cruise Vacation! How generous were they?  They didn't even mind if you came back to spin, so over the course of the conference, I collected quite a few board games :) 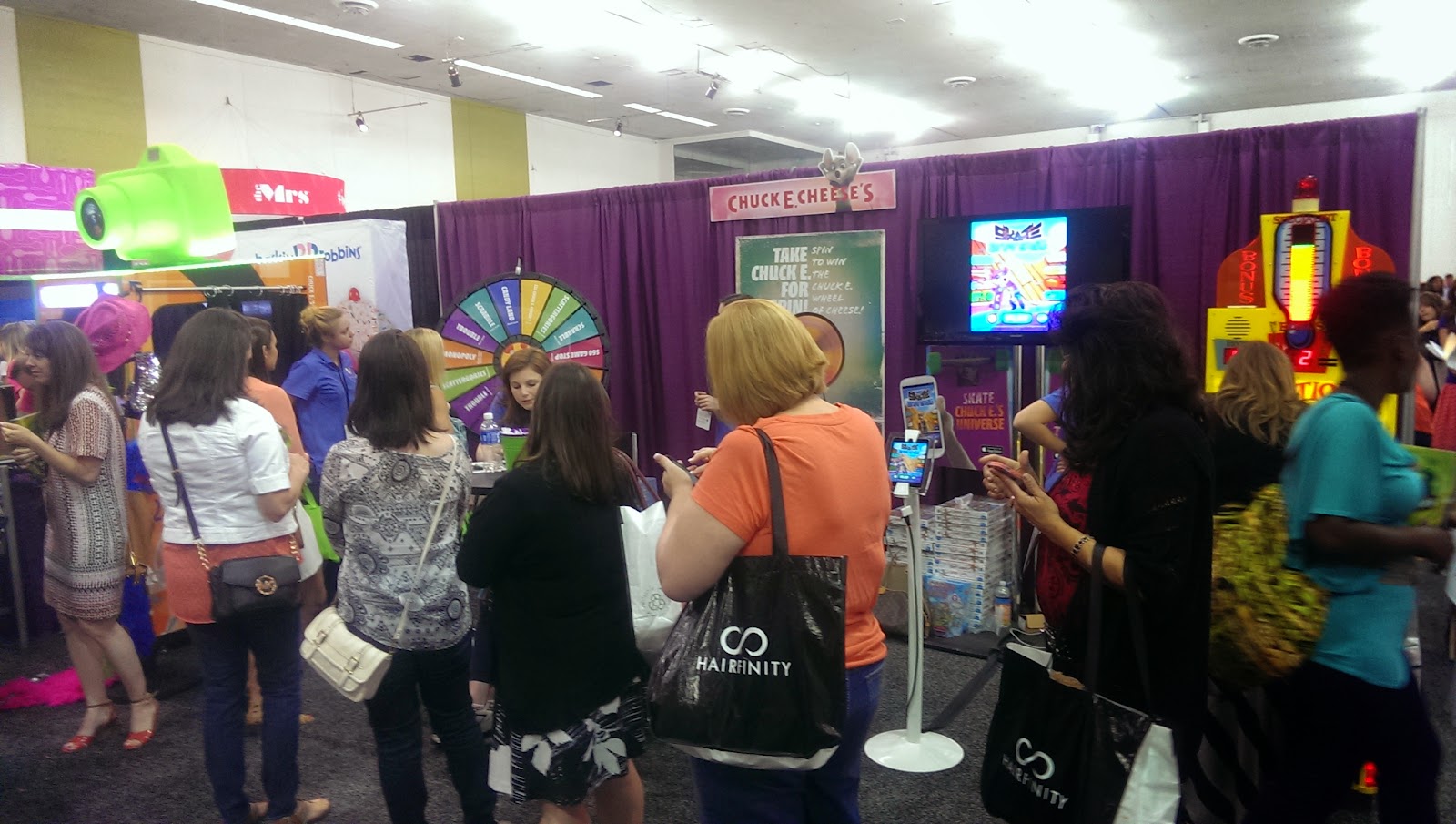 Sonic
Another booth that was perenially mobbed was Sonic's Slush booth -- not because they had great prizes (mostly coupons for free Slushes, beach balls and towels), but because they were serving up Sonic Slushes in dozens of flavors. 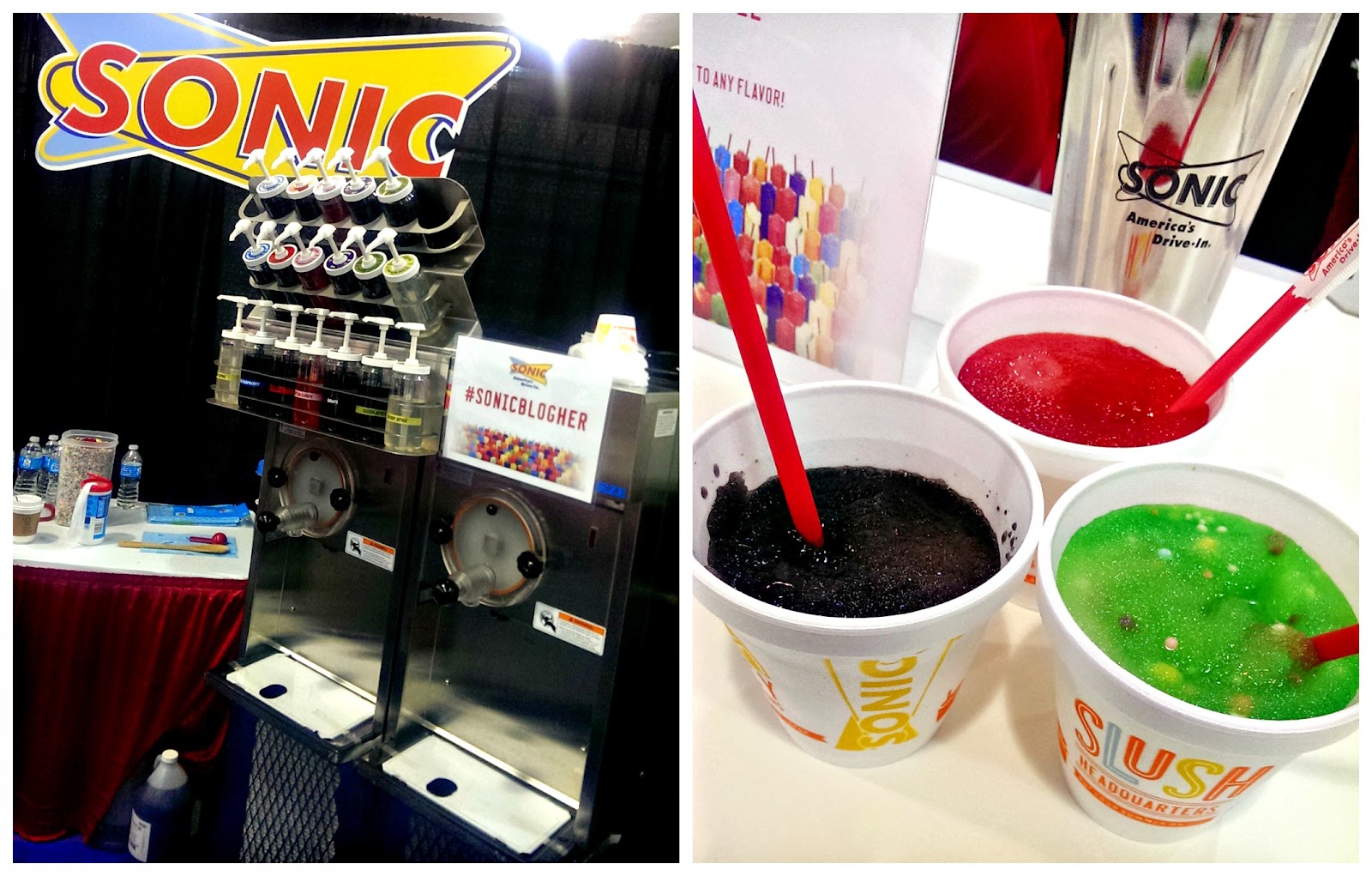 Baskin Robbins
I'm so glad I ate salad all last week, because Baskin Robbins was scooping out ice cream all day long. 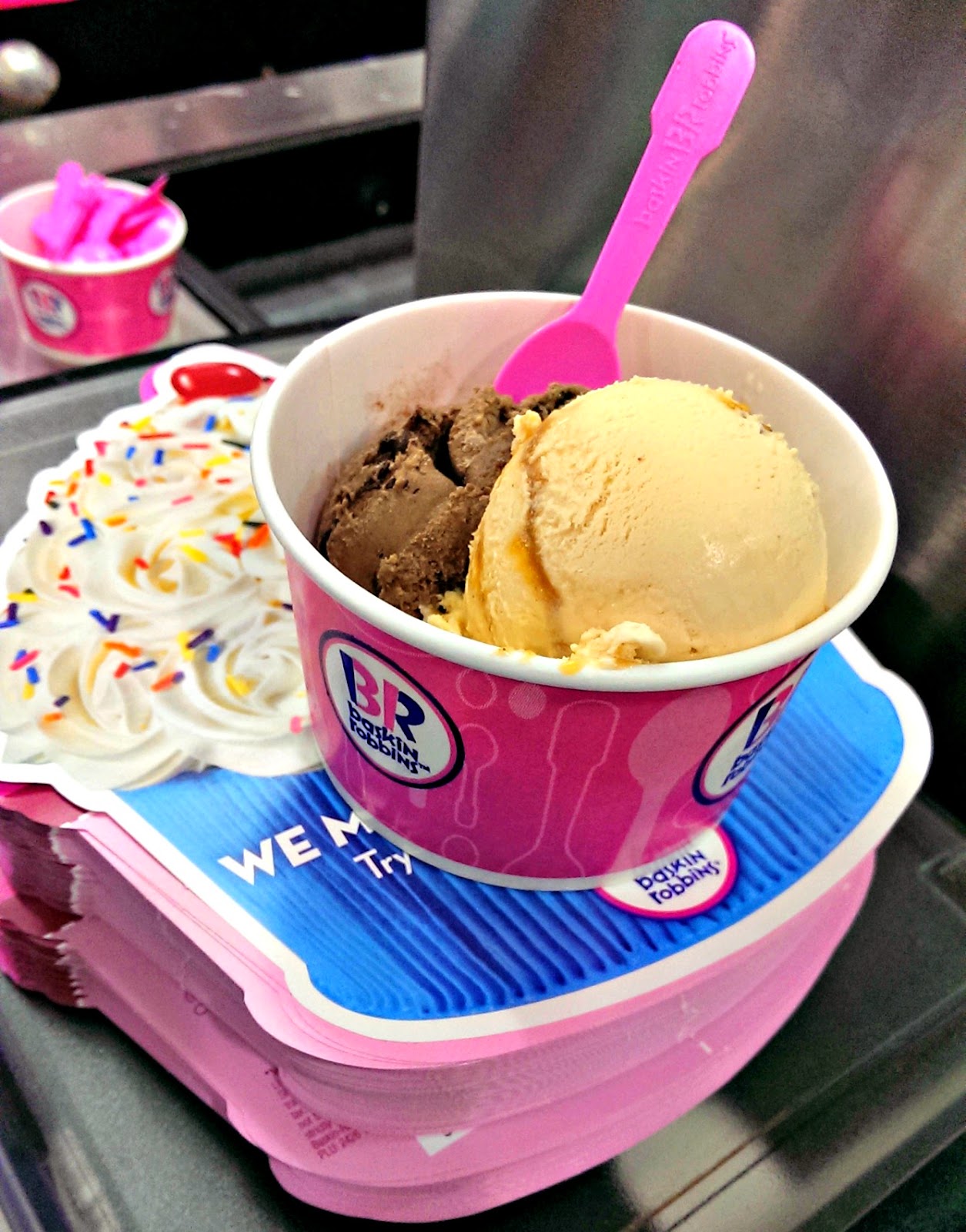 This time around, I was determined to take home only the swag I really needed and wanted, so all the swag I ended up with is swag I liked.  Even then, I've got several favorites:
Best swag for kids: the Mario Kart and Beanie Baby Happy Meal toys from the McDonald's closing party.

Best swag for girls: the nail polish at ChangeTheCycle. The Pea was so happy to get polish in all the colors of the rainbow!

Best swag for boys: The Ray-Ban shades at WordPress and Skype.

Best swag for locals: The packs of toilet paper at the AngelSoft booth.  Since we didn't have to worry about luggage space, we stalked the Angel Soft booth, and about 30 minutes before they dismantled their both, they gave the go-ahead, and we swarmed on that toilet paper like locusts! 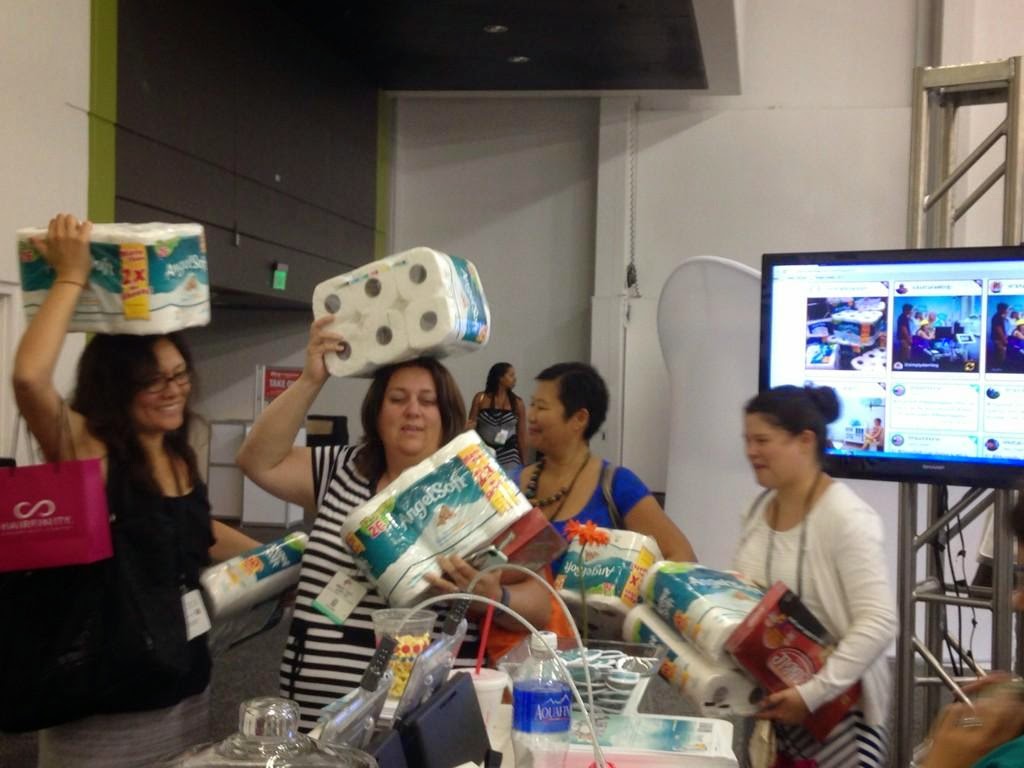 photo courtesy of Erica Chao of Mamas Mission (@MamasMission on Twitter) -- thanks, Erica!

This is the only category where I do not have any runners-up or subcategories, because no other social event at BlogHer 2014 even came close to the closing night party sponsored by McDonald's.  They transformed a parking lot into an outdoor party venue, complete with lanterns, lights, and tents.  We feasted on Happy Meals featuring their latest addition, Go-Gurt strawberry tubes, and drank cocktails and McDonald's smoothies.  I was all set to go home early, but once Rev Run from Run DMC came out, I just could not tear myself away!  He had the whole place screaming and singing and dancing with his awesome 80's mixes. 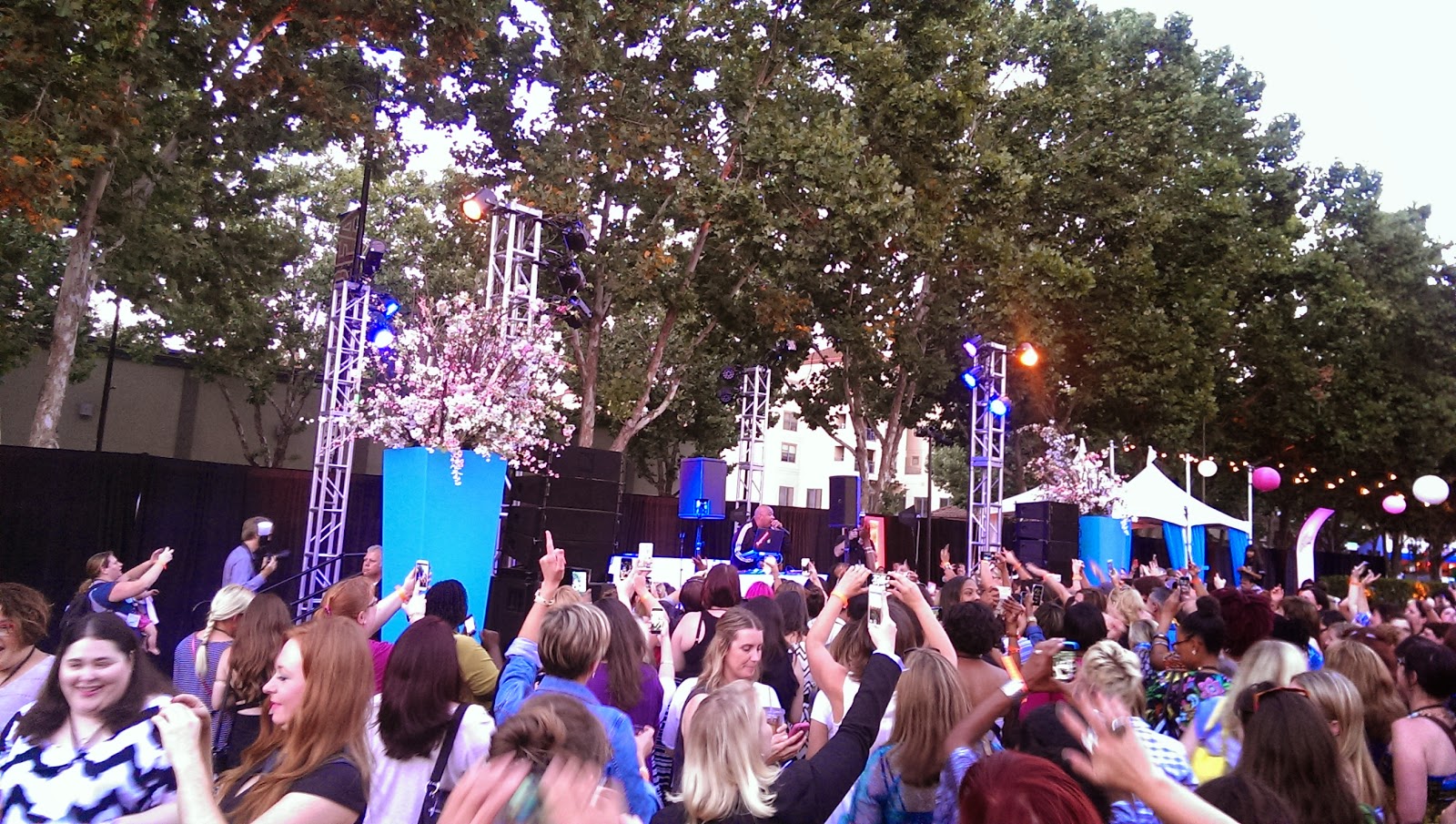 I'm going to remember BlogHer 2014 as the Year of the Selfie.  Thanks to BlogHer's #Selfiebration movement (i.e. the chance to win lots of prizes by tweeting selfies), I don't think I've ever see so many conference selfies on social media, and I don't think I've ever taken so many selfies in a single weekend! I've got so many favorite selfies, but I think the ones I love the best are the group selfies I took with the people I attended the conference with.  In the end, that's what I most enjoyed about BlogHer 2014: reuniting with friends that I haven't seen in a while, meeting virtual friends for the first time in real life, and getting to spend time with my tried and true blogger tribe. 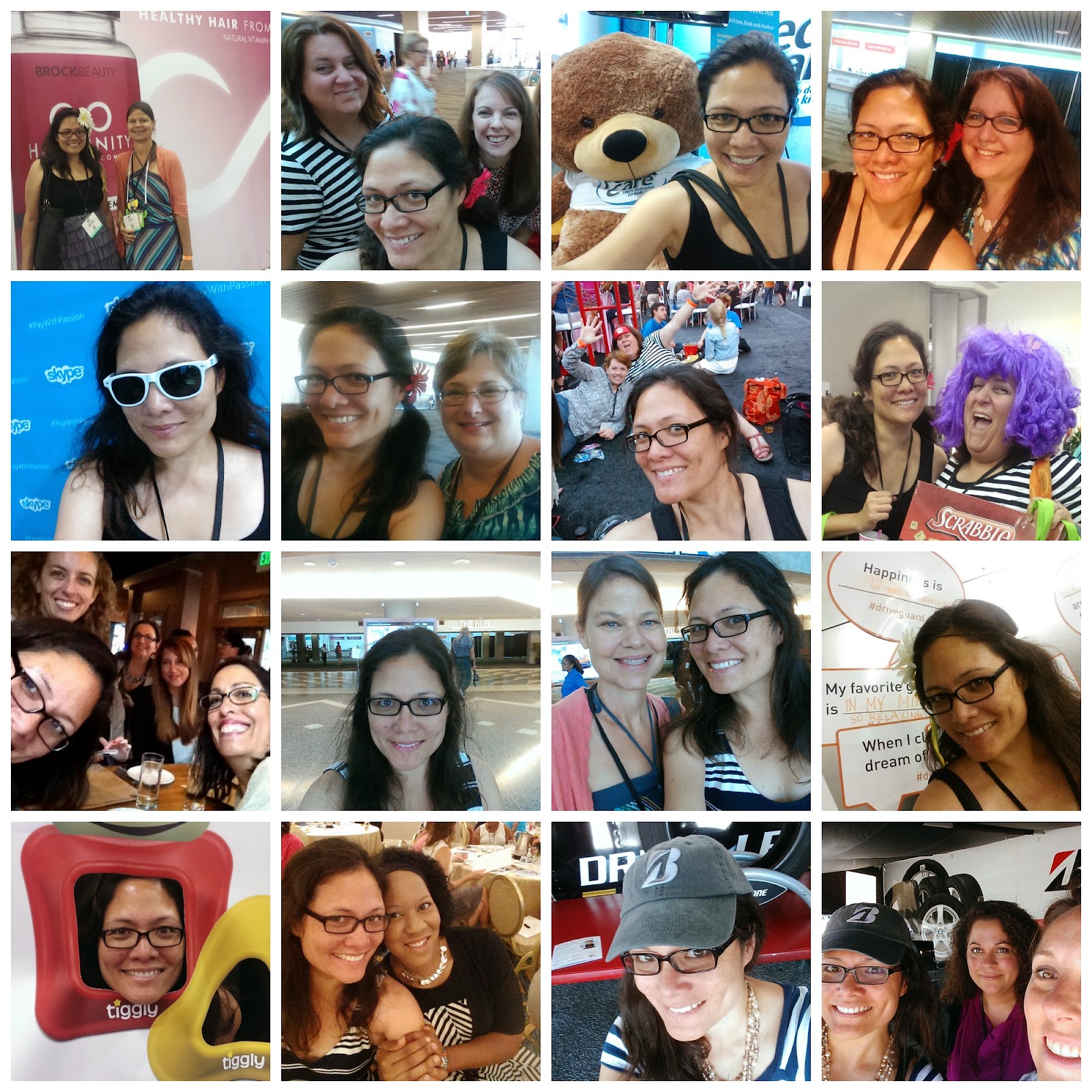 posted on Wednesday, July 30, 2014
Email ThisBlogThis!Share to TwitterShare to FacebookShare to Pinterest

Finally meeting you after ALL these years was definitely a highlight for me - and our selfie turned out pretty cute too!

Love your wrap up!

Hanging out with you was the best part!

Your Best Expo Booths are my top 3 too! As for the swag, I'd say the bleach tablets. We were walking by their booth just as they were packing up and begged us to get a whole box. I took one box and I'm planning to bring it to the Philippines when I visit later this year.

This was my first conference ever and I don't have anything to compare it to, so I'd say it was pretty good. Except that I hope they think of more topics for the breakout sessions (I kind of already know the things discussed in the sessions I attended). But the 10x10s, as well as small talks with fellow bloggers, got me inspired to become a better blogger. :) I'm glad I got to see you there! Oh and I'm jealous about the toilet paper!! LOL

you're the BEST BLOGPAL EVER :D

you're custom "nails by pea"
were fantastic!

Makeba, Kim, Isis, Char, and Kristen -- I pink puffy heart all of you!

Great post! Oh wow sonic had gifts? I totally missed that! I also missed the nail polish. You are spot on with the keynotes! Loved the three you mentioned.

Great post!!! Now you're making me sorry I missed Guy and Arianna's keynote! I think I was talked out by then and went to wander the Expo... :( so thanks for sharing the highlights! :)