Nike: The Last Game
Just when you thought Nike had laid all its cards on the table, they came back with an even better commercial.  The Last Game features animated versions of Franck Ribery, Tim Howard, Cristiano Ronaldo, Zlatan Ibrahimovic, Neymar, Andres Iniesta, Wayne Rooney, and David Luiz, playing an all-star match against a team of clones.  I love how these stars can poke fun at themselves -- we actually laughed out loud seeing Wayne Rooney as a fisherman, David Luis and Neymar as hairdressers, and Ronaldo as a store mannequin!

Another great reason I love The Last Game is that it introduced us to Animated Zlatan, who is just as arrogant and just as hilarious as the Jose Mourinho puppet in Special 1 TV.  He's so funny, Nike has even given him a spin-off series of short clips.  In these clips, we are treated to the sight of Animated Zlatan keeping himself busy by by referring to himself in the third person, being awesome, and dispensing his pearls of wisdom to fans via the #AskZlatan hashtag on Twitter and Facebook. 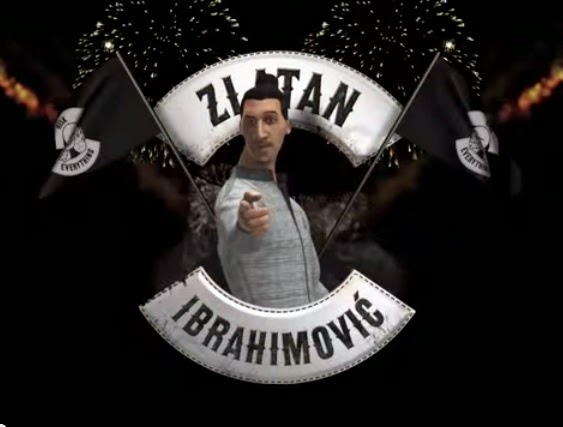 Pepsi: Futbol y Pepsi
It's difficult to say exactly why this commercial resonated with me.  Maybe it's the infectious music.  Maybe it's seeing Leo Messi do something as ordinary as munching on chips.  Maybe it's the cheeky old dude who's more impressed with potato chips than with Leo Messi.  Yeah, it's the old dude.


Coca-Cola: One World, One Game
Coca-Cola is great at making heartwarming ads with a global focus.  I loved how they showed people living in the most forsaken regions on earth, dealing with poverty, natural disasters, misogyny, prejudice, and how they manage to find joy and inspiration through football.  But what happened next was totally unexpected, and I was completely unprepared to find myself in tears.


Hyundai: Because Futbol -- Avoidance
I think this might be my absolute favorite World Cup commerical of all time.  It doesn't have catchy music, fancy footwork, beautiful scenery, or big name stars -- just one fan who shows everyone in an everyday, but real, way that the term "fan" really does come from "fanatic".  To understand why I love this commercial, look no further than my husband!