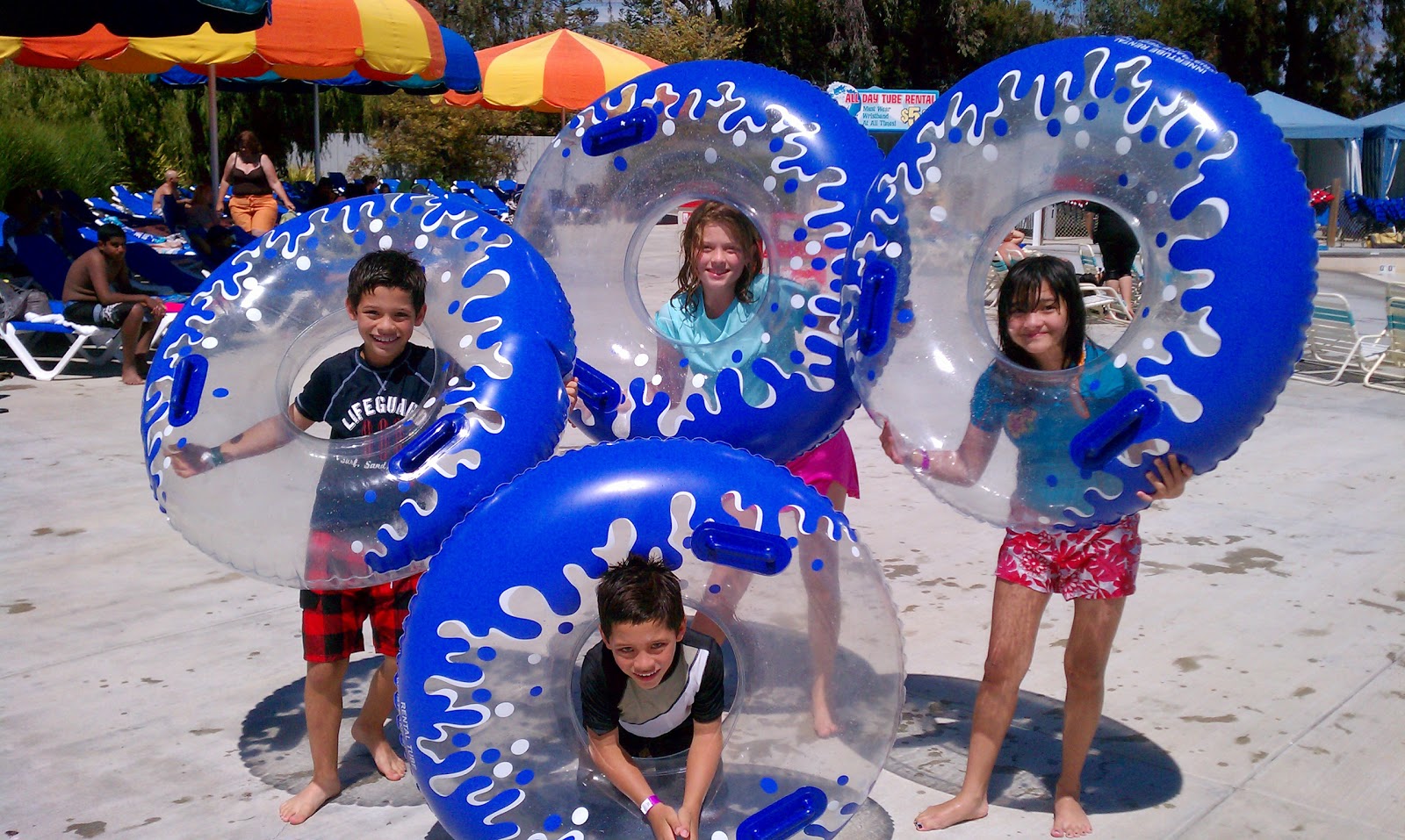 Boomerang Bay is tucked into a corner of California's Great America theme park in Santa Clara. Admission to Boomerang Bay is included in the price of Admission to Great America, so you're literally getting to enjoy two parks for the price of one.  You'll know when you've arrived when you see the giant water play structure, Jackaroo Landing.  It has stairs, rope ladders, bridges, and slides, interspersed with fountains, sprinklers, water guns, water jets, and more -- anything and everything to make sure you get soaking wet! 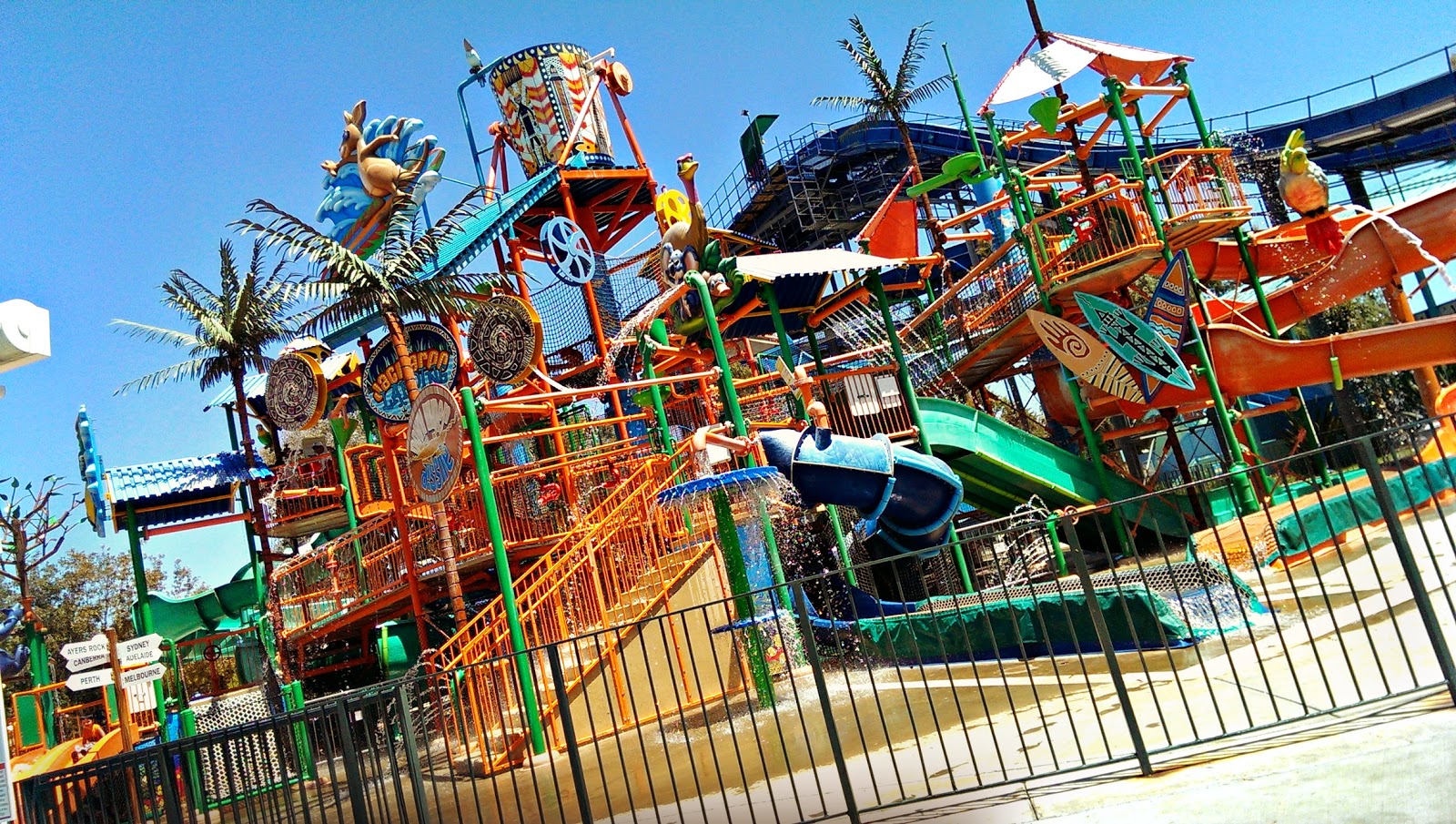 The best part of Jackaroo Landing is the gigantic bucket at the very top that fills up with water and tips over once it's full, releasing an avalanche of water on the waiting kids down below.  You'll know it's about to tip over when you see water coming out of the sides.... and in about 5 seconds, be prepared for a huge SPLASH!

Right behind Jackaroo Landing you'll see a huge tower with three waterslides.  If you're a thrill-seeker, this is probably where you'll spend most of your time.

Tasmanian Typhoon is a two-person waterslide.  You and a partner ride on a bobsled-style raft, through enclosed tube, making a few twists and turns along the way.   Down Under Thunder is also a two-person waterslide, but instead of twisting and turning, you plunge down a steep chute, build up speed, and use that speed to shoot up a nearly-vertical waterwall before gliding back down.  It's so much fun! 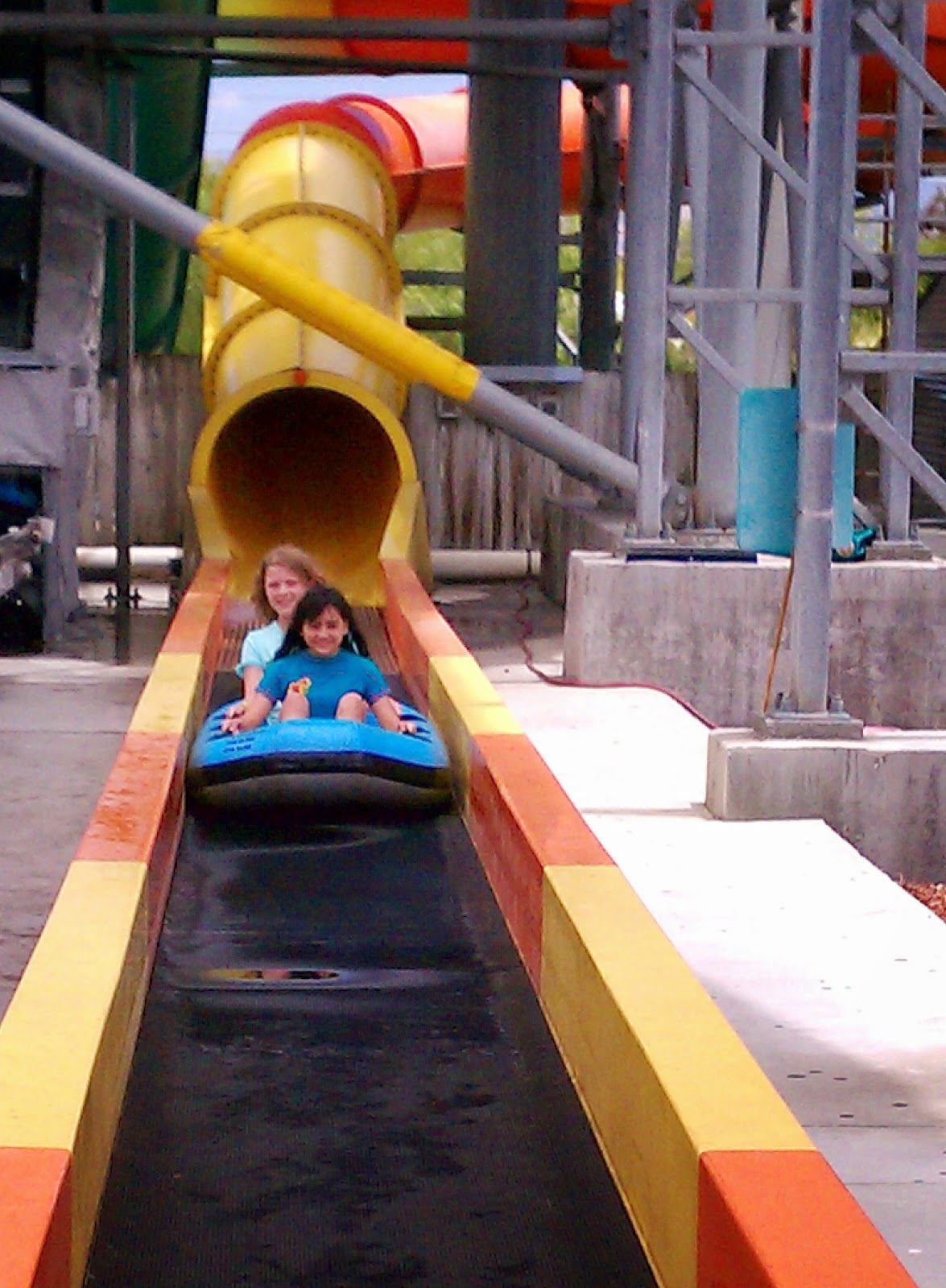 The third waterslide, Didgeridoo Falls, lets 4 people ride in a big yellow raft through a series of fast turns before splashing into a big shallow pool. 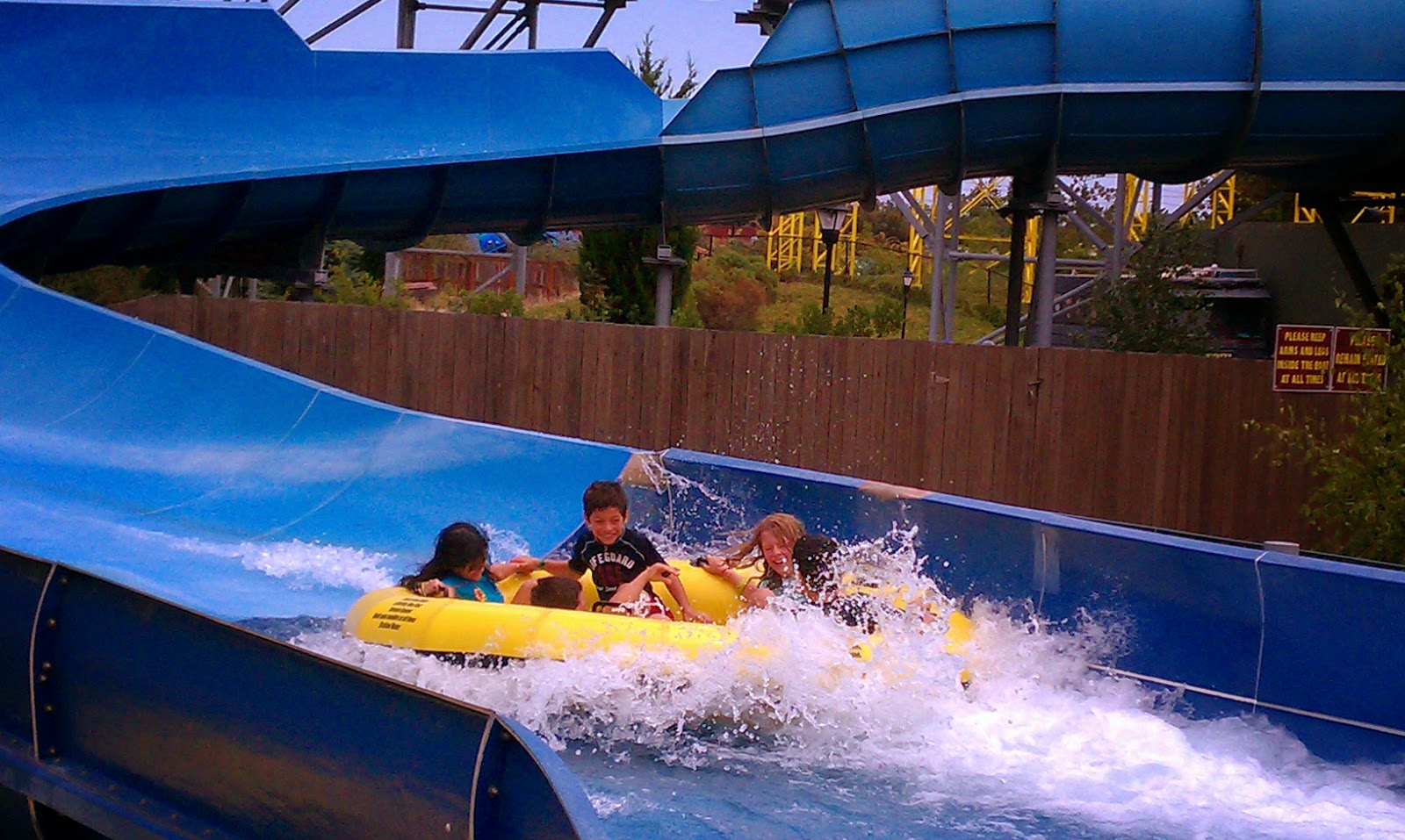 If you're feeling really brave, try going down Ripsnort Ridge or Screamin' Wombat!  These don't start out as high as the previous waterslides, but they're a lot steeper, and you're on your own -- no rubber rafts or friends to boost your courage.  Ripsnort Ridge probably gets its name from all the water that enters your nose if you're not careful (it's an almost straight 30-foot drop!), and Screamin' Wombat refers to the sound you'll be making as you twist and turn on your way down.  These are my two favorite waterslides in the whole park!

If you need a break after all that excitement, you can float down the lazy river, aka Castaway Creek, on a big inner tube.  This circular pool has a slow current that let you wind your way through trees and bushes, with fountains on the side spraying you from time to time. 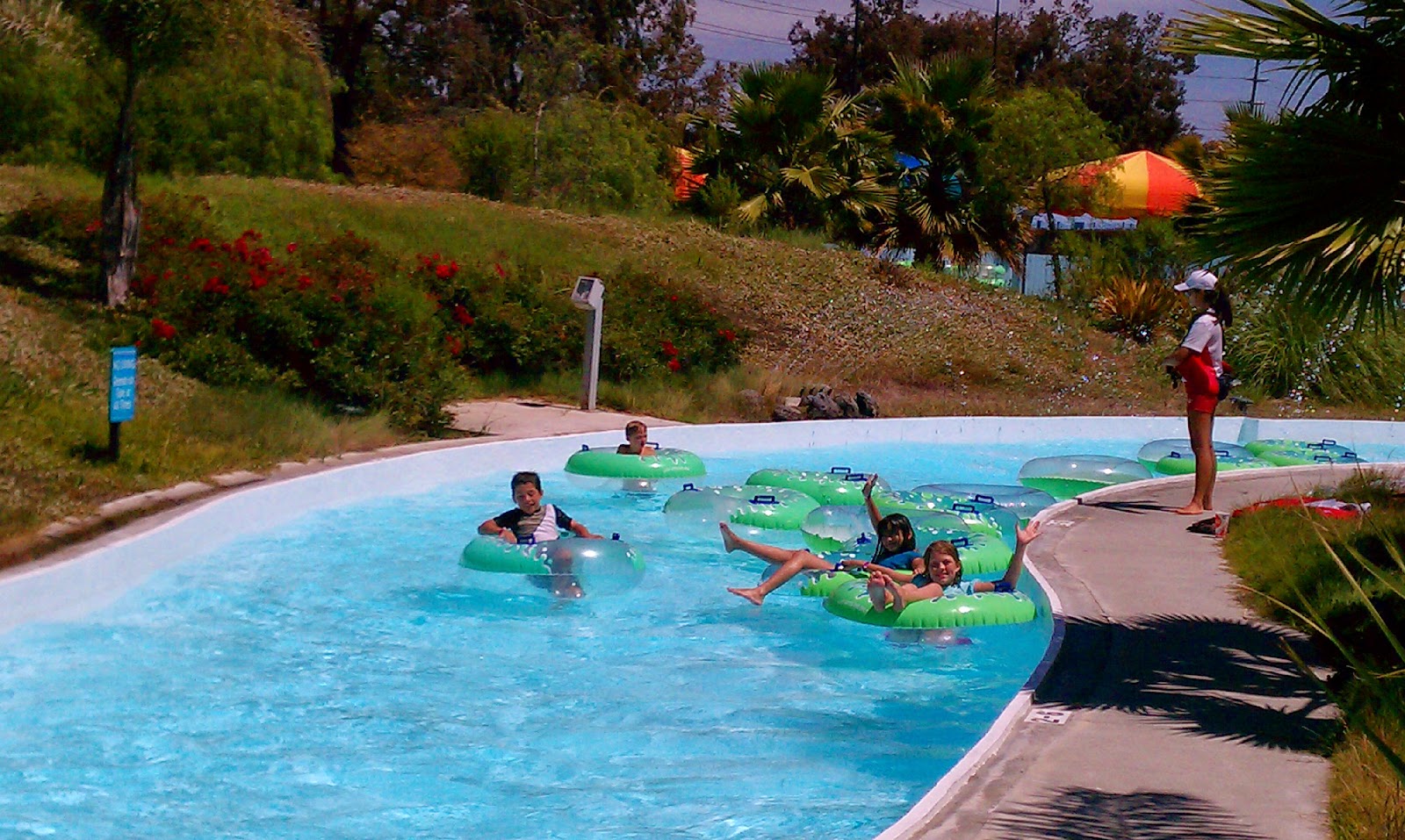 Boomerang Bay has couple of big pools for more traditional swimming and splashing.  The first, Boomerang Lagoon, is nice and shallow, perfect for little kids.  The second, Great Barrier Reef, is a wave pool which makes large waves every few minutes or so. 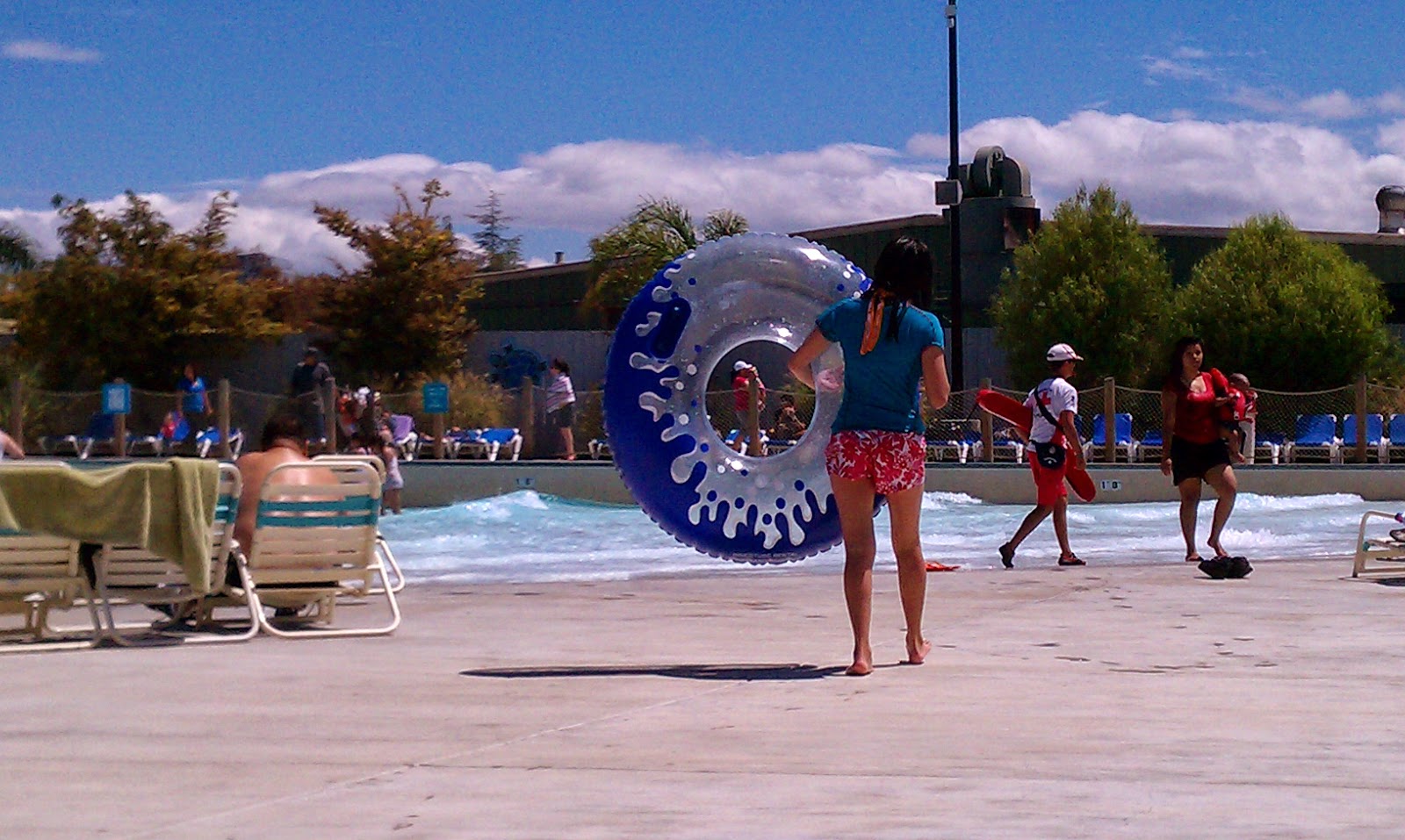 While at Boomerang Bay, you can rent a big inner tube to ride the waves in the Great Barrier Reef wave pool and to float along the Castaway Cay lazy river.  You can also rent a cabana with chairs, tables, lounge chairs, and a tv -- but there are plenty of lounge chairs (and a few large umbrellas) scattered throughout Boomerang Bay, and so far we've never failed to "reserve" a few by throwing a towel over them.  Throw in changing stalls, souvenir shops, snack bars, and restrooms, and you'll never want to leave -- in fact, you can easily spend the day at Great America without riding a single roller coaster!

It's very straightforward to find out any topic on web as
compared to books, as I found this article at this web page.