Photo courtesy of the Vita Hill Social Club - SF Flickr set.
This weekend the kids and I attended a PlayStation blogger event at a place called the Vita Hill Social Club, and I have to say, it's the coolest place ever. I wrote an event recap on Bonggamom Finds, but for this post I just wanted to rave about the decor, mainly because we've been doing a lot of redecorating around the house, and I've been keeping an eye out for interesting ideas. Well, there were a LOT of interesting ideas all over the place! courtesy of the Vita Hill Social Club - SF Flickr set.
It's set up a bit like one of those gentlemen's clubs from black-and-white movies, minus the fuddy-duddy factor. The leather couches and gilt frames on the wall are classic, but I doubt if any of those clubs have cloud mobiles, tinsel Christmas trees and satellite dishes. 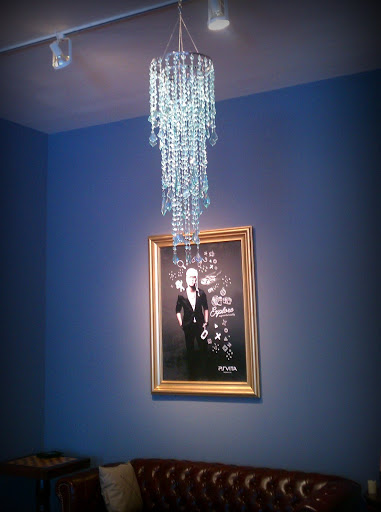 Speaking of gilt frames, you won't find any portraits of stodgy old men, or even a classic reproduction. Everything is a lot edgier, hipper, more eclectic. 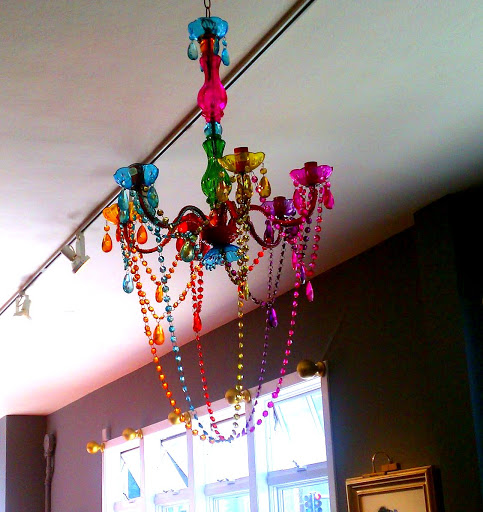 I am so in love with this chandelier. The colored beads totally put the fun in funky, and I'm hoping The Pea will want a light fixture like this when we start decorating her new bedroom. 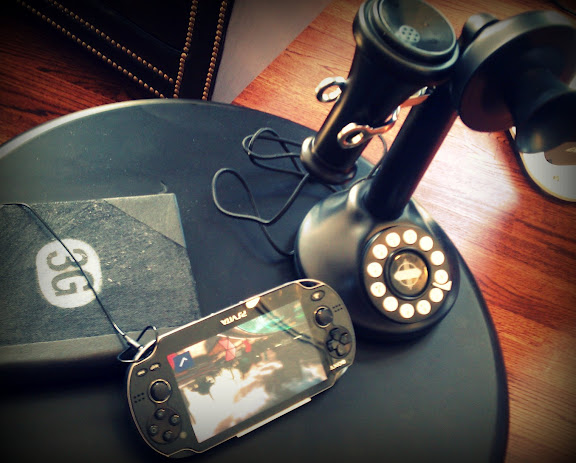 The Vita Hill Social Club is actually a place where people can try out Sony's new portable gaming device, the PS Vita, so modern equipment like monitors and consoles are everywhere. But the decor does a great job of juxtaposing the modern and the vintage, the high-tech and low-tech (okay, no-tech). Technically, it's a storefront, but it sure doesn't feel like it, which is why I like it so much. It's just a cool place where trendy, modern people (or people who like to think of themselves as such) would want to hang out.
posted on Monday, February 06, 2012
Email ThisBlogThis!Share to TwitterShare to FacebookShare to Pinterest