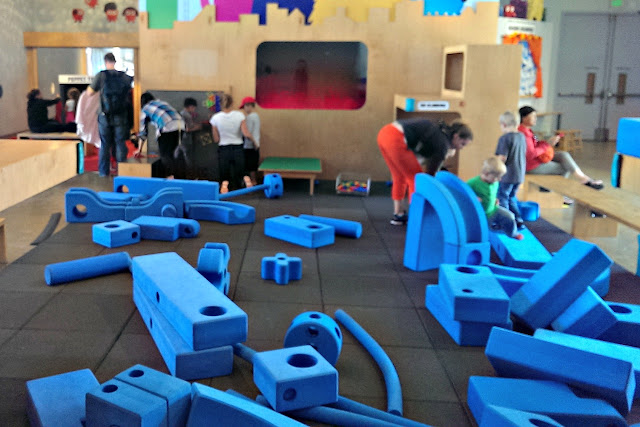 Today I took the kids to the Children's Creativity Museum for a blog event. It has been a couple of years since we last visited, so I wasn't sure whether they would be bored. They did want to go to the Animation Studio exhibit, so I figured we could stay for a couple of hours, have lunch, then leave.

We ended up staying at the museum for SIX HOURS.  I guess playing with cool technology never gets old!  It's true that a large portion of the museum appeals to younger kids (the puppet theatre, the soft play area, the art center, the reading nook), but there's still so much that kids of all ages will enjoy. Here are our top 5 choices for exhibits at the Children's Creativity Center for older kids:

This is our hands-down favorite exhibit in the entire museum. We spent three hours here! The studio provides all the clay you need to create clay figures, and all the gadgets needed to make your own claymation movie (camera, stop-motion software, and a variety of backdrops). We (and I do mean "we" -- I made my own clay figure and movie too!) painstakingly sculpted our characters and filmed them (at 6 frames per second). If I had let them, my kids would probably have spent the next 3 hours sculpting and filming a second set of characters!  After you're done, the staff sends you the link to your movie so you can download it at home, and for a $1 donation, you can take your clay character home. 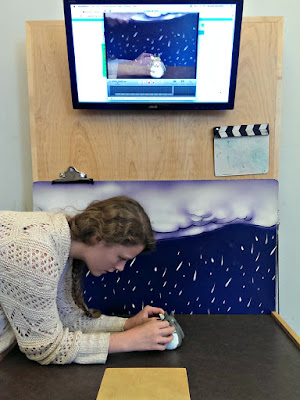 The new Brain Teasers 2 exhibit really gets kids and adults thinking outside the box.  There are 21 puzzles and challenges that test your logic, reasoning, and spatial skills. There wasn't enough time for me to try all the puzzles, and even if I had, I wouldn't have been able to solve all of them.  Boy did my brain hurt! 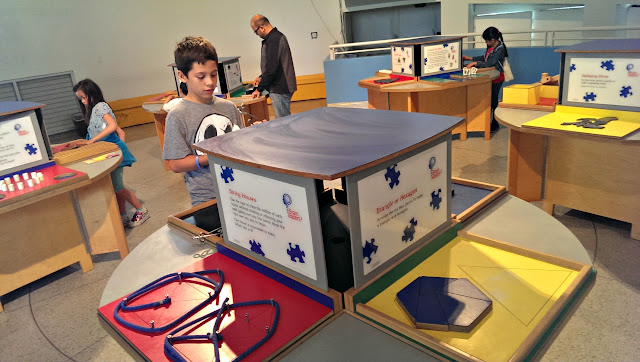 Robot Coding is another new exhibit that promises to be extremely popular with the older set. Visitors get a robot and a tablet loaded with software that lets them program instructions for the robot's movement. Robots can be programmed to navigate around cones, find their way through a maze, draw lines and patterns on a whiteboard, and play a xylophone. Unlike younger kids, who get tired relatively quickly, older kids have enough focus to spend more time creating more complex instructions. 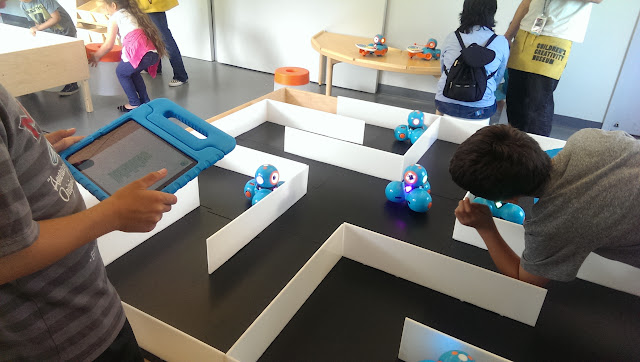 I'll be honest: I did not expect the kids to glance twice at the Music Studio area. What was I thinking: who doesn't love video karaoke?  Especially when they film it for you and you can download your music video at home! There are hundreds of titles that kids can choose to sing to, ranging from nursery rhymes to titles from Disney movies (I must have heard Let It Go at least 3 times in the 30 minutes we were in the area!) to the latest hits. The studio has 2 microphones, so you can easy gather a few kids together for a group number. 3Po and Jammy decided to rock it to the tune of "Radioactive". They even raided the dress-up area and squeezed into tiny pirate vests and hats! 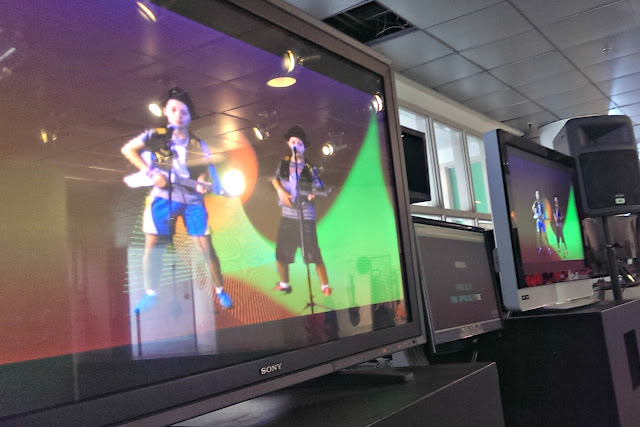 The Innovation Lab is the one cool place for older kids that we didn't get around to visiting. It hosts the museum's Innovator's Program, a series of events featuring cool things to try and cool challenges to solve. Past events include building drawing robots and building cardboard virtual reality glasses. It's almost like a series of mini Maker Faire workshops!


We had a great day (not to mention a LONG day) at the Children's Creative Museum. We can't wait to go back -- even though the next time we do, all my kids may be taller than the adults who run the place! 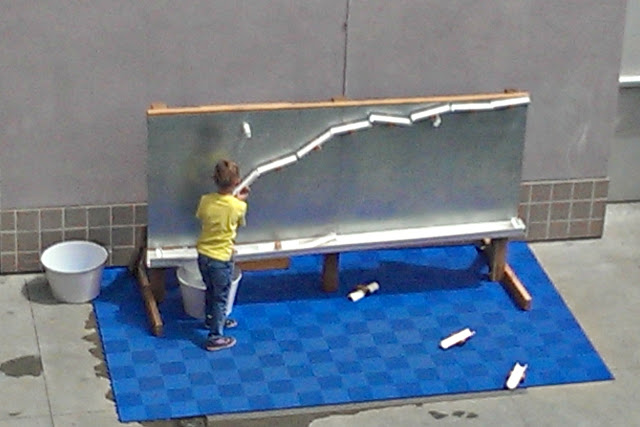