Aliens have taken over my teen... but she's fighting back 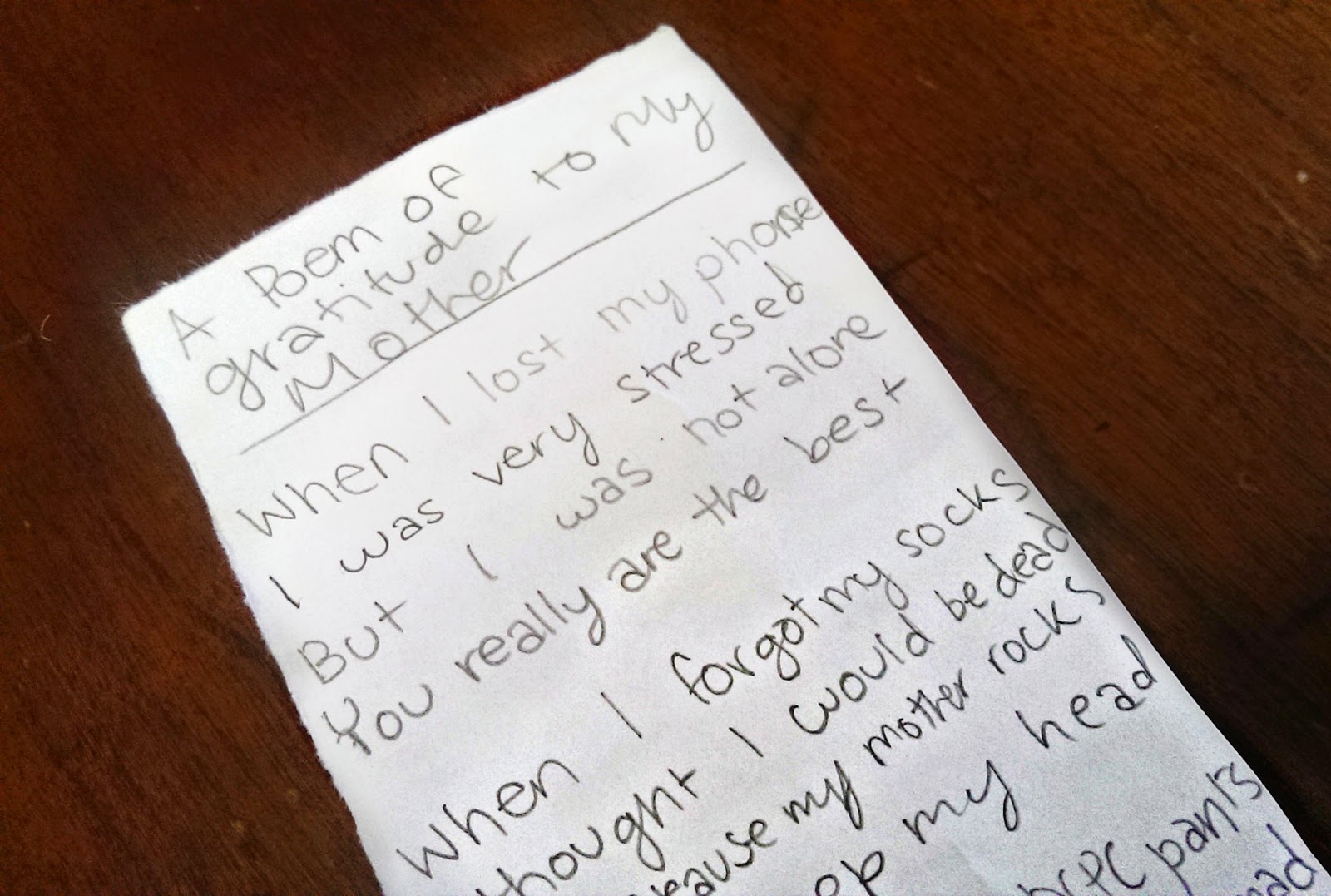 A friend once told me that parenting during the teenage years goes so much easier if parents remember that an alien has taken over their teen.  Eventually the real person will emerge, but when faced with eye-rolling, inattention, attitude, rebellion, or worse, just take a deep breath and keep telling yourself, It's Not My Daughter, It's An Alien.

I thought that was great advice and I've really tried to take it to heart. The Pea is turning fourteen next week, and it has been pretty smooth so far, but there's always a bump or two in the road. She's a good kid, but she's a teenager (aka alien), so I've really tried not to take things personally.  I try not to yell as much when she loses things or forgets to do her chores. I try to keep a sense of humor when I take her to task for yelling at her brothers, or when she's in a bad mood and snaps at me.

Last week, we were at the Disneyland Resort together -- or to be more precise, she was there with her band and I was there as a chaperone not as her mom. As a condition for allowing me to chaperone the trip, I promised not to take her photo or embarrass her or pretty much acknowledge our relationship in any way. 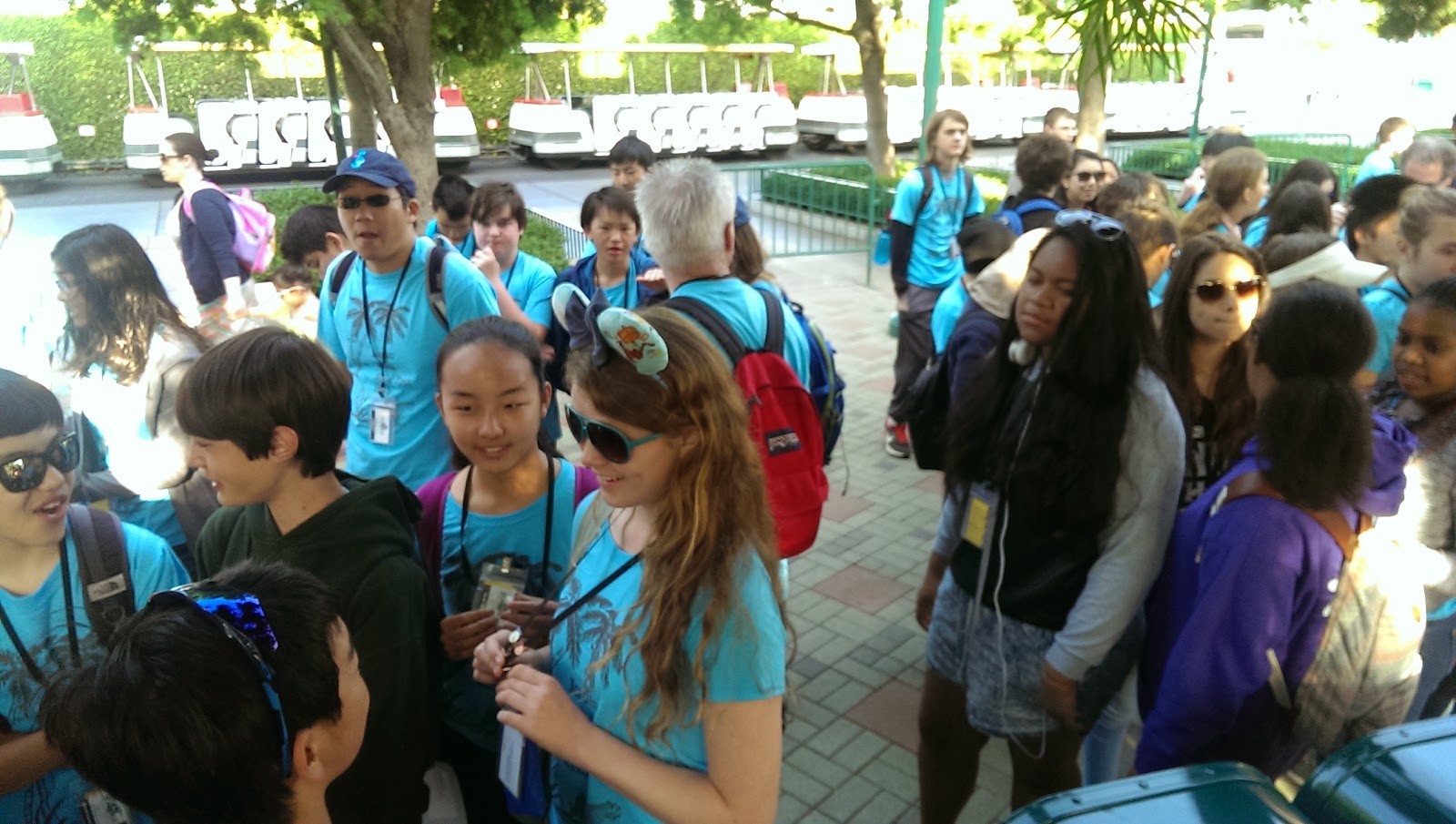 I tried to remember my friend's advice as The Pea ignored me throughout the trip.  I didn't approach her any more than I approached any of the other girls in my chaperone group. When the other chaperones talked about how their kids begged them to chaperone, and how they got to spend an hour or so with their kids in the park or going on a ride together, I truly didn't mind.  I pushed any lingering wistful feelings and enjoyed Disneyland on my own.  I didn't even try to take photos of her (okay, to be honest, I did take a few surreptitious crowd photos and made sure she was facing me).

And when she texted me from a friend's phone on day 2, crying that she had put her phone down on a park bench and couldn't find it anywhere, I didn't even get angry. I didn't lecture her, I just calmed her down and helped her trace it to the lost and found (on a side note, the whole Disney lost and found system and Disney Cast Members are AWESOME).  Because I was there, I retrieved the phone for her, and she didn't even have to get out of the line she had been waiting in with her friends for almost an hour.

When she came running to meet me to get her phone, I couldn't resist a teasing her, "I'll bet you're happy that I'm a chaperone now, huh?". And I couldn't resist forcing her to pose for a photo with me before I would hand over the phone (I have a feeling she knew I would do that, because she met me without any friends in tow. She knows me so well).  And afterwards, she did say that her friends said I was a good chaperone and that she was happy I had come along.  They probably said that of all the chaperones, but it made me feel like I had won Parent of the Year.

Yesterday The Pea handed me this poem: 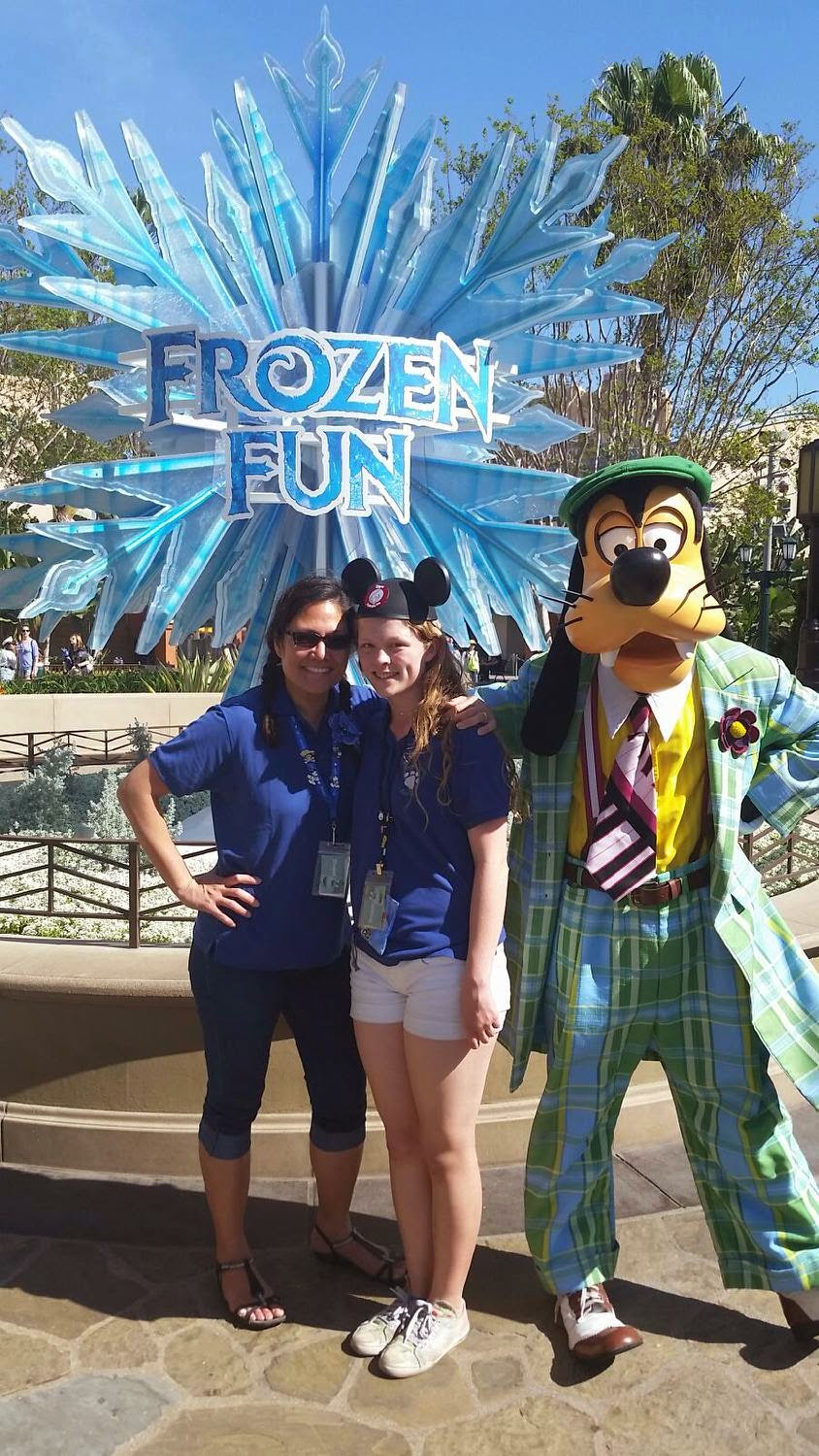 A Poem of Gratitude to My Mother

When I lost my phone
I was very stressed
But I was not alone
You really are the best.

When I forget my socks
I thought I would be dead
But because my mother rocks
I can keep my head.

When I lost my DCPC pants
I thought you'd be so mad
But you helped out in time for dance
Because you know I was sad.

I know that I make life hard
(But it's my brothers too!)
But I still play the guilty card
Because you know

It looks like the alien hasn't taken over completely, because I keep seeing the sweet girl I love, time and time again.

Ah, living with a teenager is not easy, but I have been a teenager too, you have done very well. It reminds me those days when I wanted to pick up my 14 year old son from school and had to wait around a corner so that nobody could see me because it was a shame to be picked up by mum !