How to make a Mickey or Minnie ears baseball cap 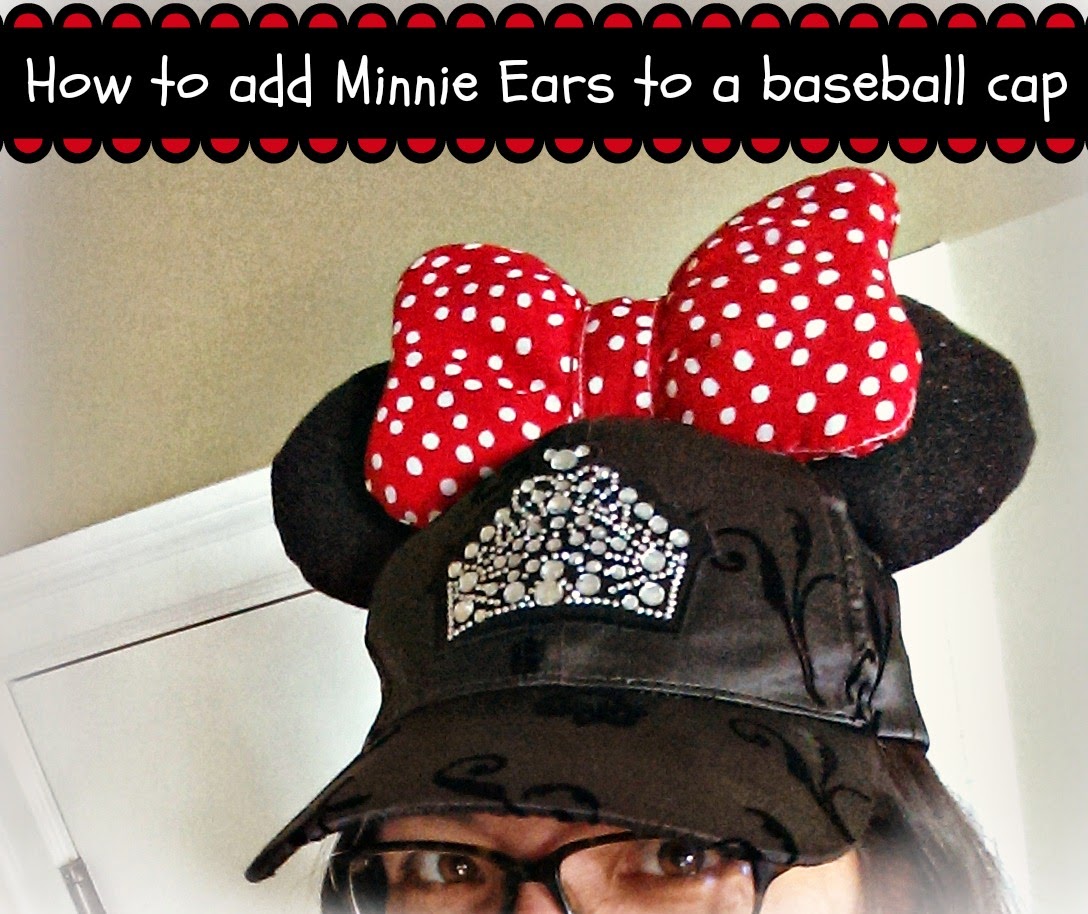 One of the most useful items clothing to wear at a Disney park is a cap or hat to keep your face protected from the sun.  Anaheim and Orlando are probably two of the sunniest cities in the mainland US, and you'll be spending a LOT of time outdoors, so caps and hats are a Must-Pack item whenever we go to Disneyland.

Unfortunately, Mickey ears or Minnie headbands are also a Must-Pack item for a Disney vacation.  It's so much fun to wear Mickey ears when you're at a Disney park -- but those ears don't exactly shade your face.  I've searched long and hard for sun hats or baseball caps with Mickey ears -- in the parks, in the stores, online at DisneyStore.com, on fan sites, and on eBay.  I've seen these for babies, but nothing for kids or adults.  The closest I've found is a Mickey ears top hat, a Mickey ears safari hat, and a Mickey ears gardener hat.   None are readily available... so after years of waiting and hoping that Disney would begin selling one, I finally decided to make my own.  Here's how I did it:

Trace some Mickey ears onto a sheet of black felt.  The ears are about 3.5 inches in diameter.  You can use a drinking glass with a 3.5 inch diameter.  I decided to use one of our Mickey ears for tracing, because the end that attaches to the hat is actually a bit flatter than the rest of the ear. 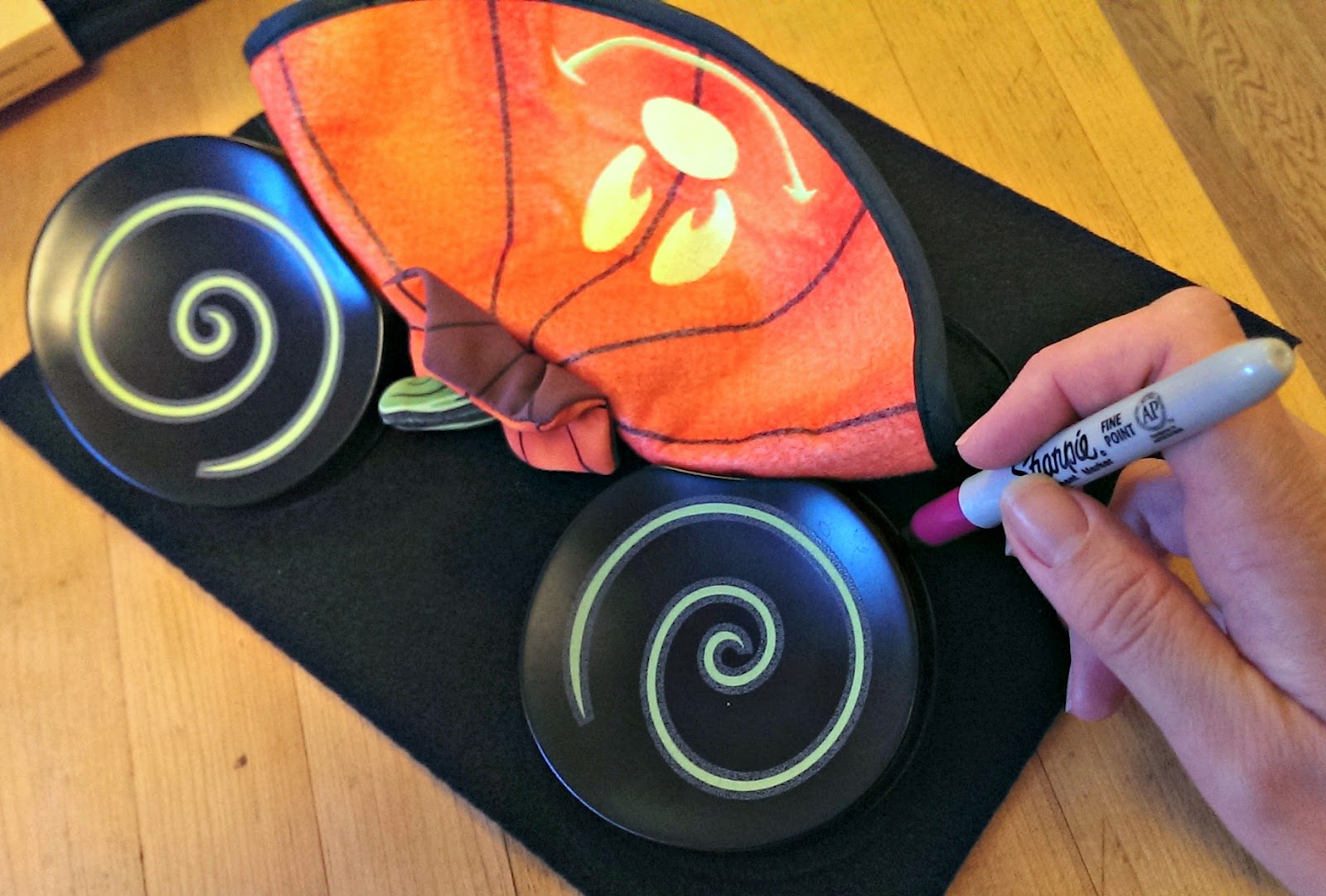 Cut out the circle, leaving about half an inch allowance all around.  You'll need 4 black felt ears and 2 foam ears. 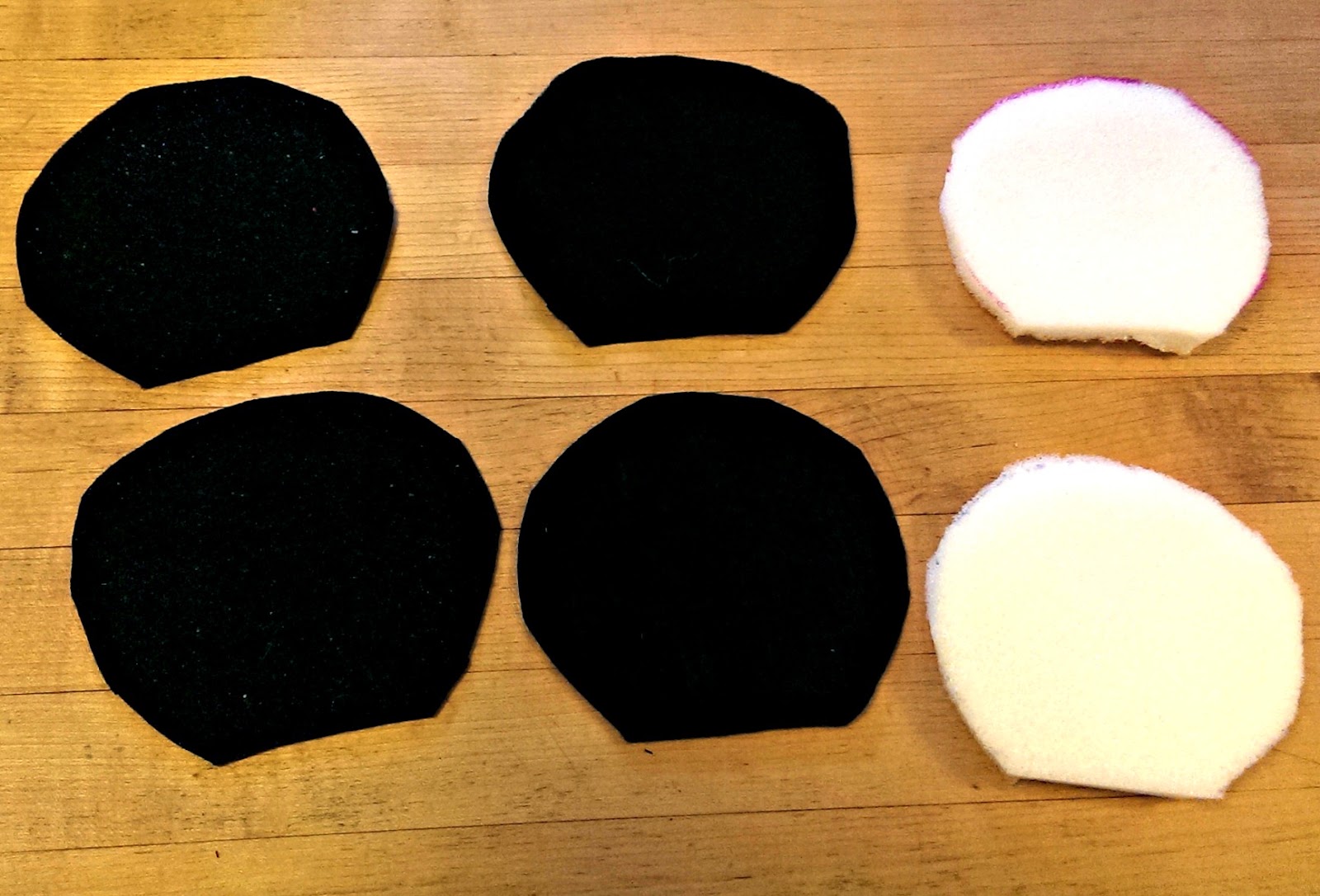 Stack 2 of the black felt ears on top of each other and sew all around the edges, leaving a small portion open.  I used a sewing machine, but if you don't have one, you can hand-sew the ears together.  Do this for both ears. 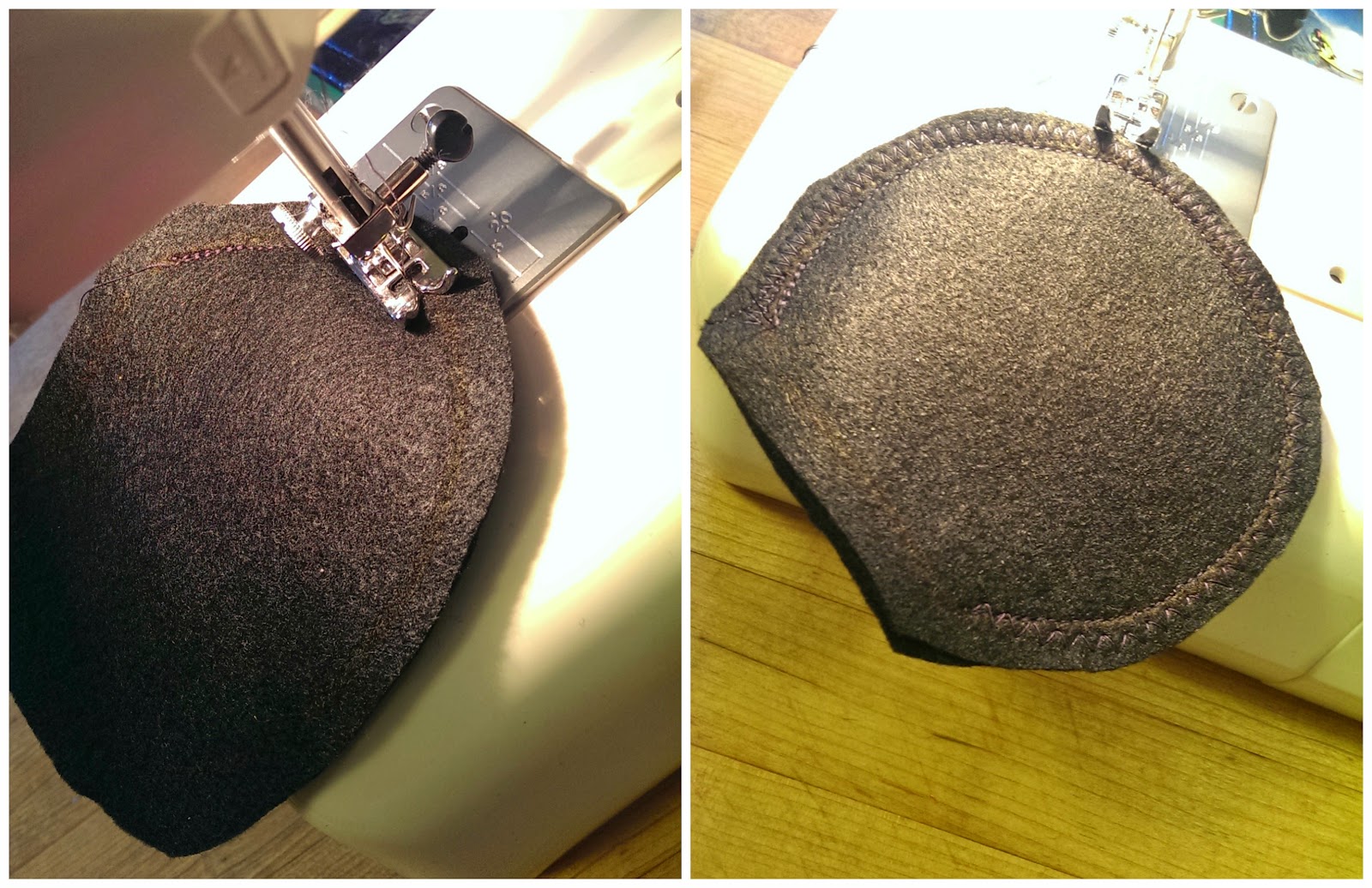 Turn the ears inside out, and stuff a foam ear into the cavity. 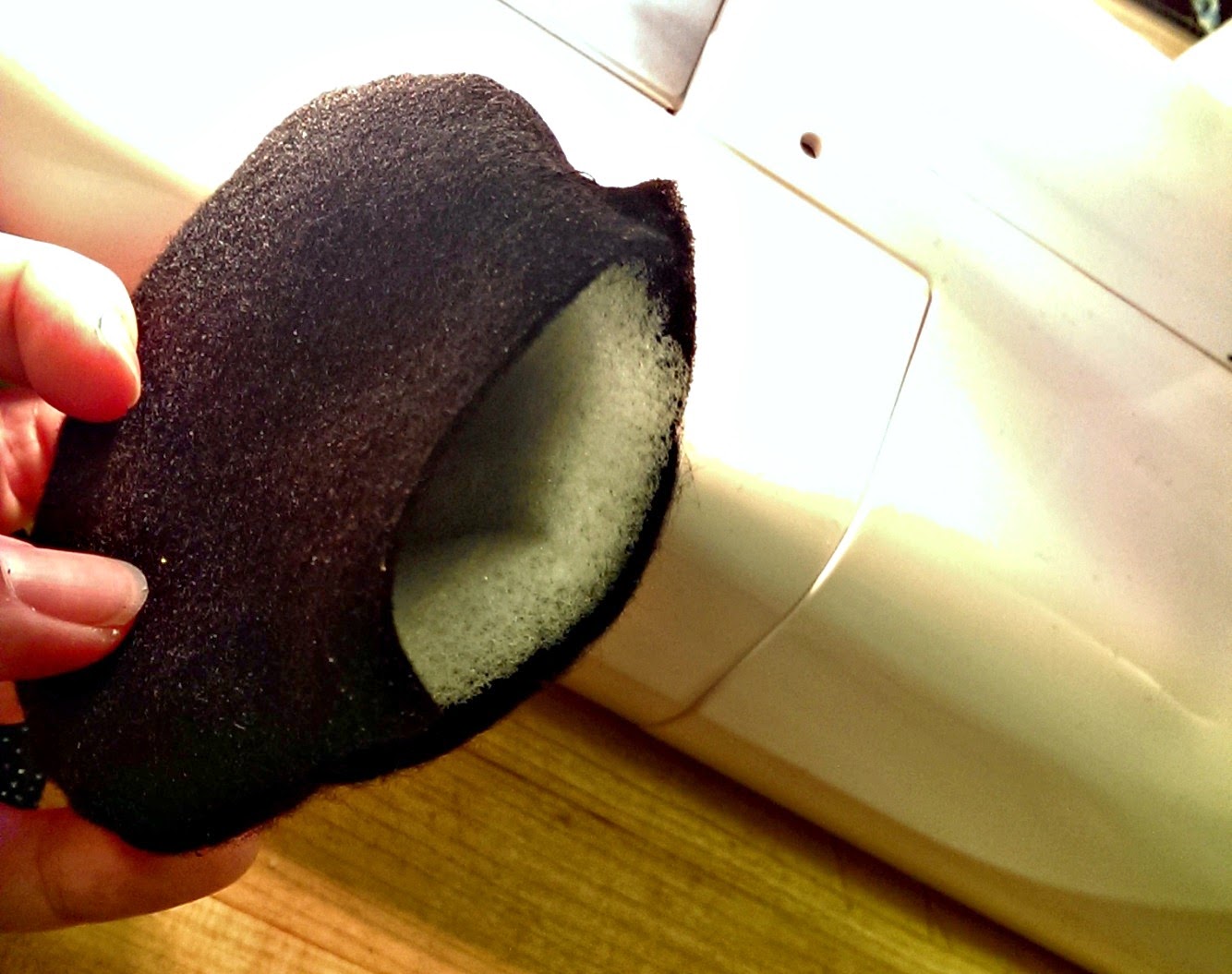 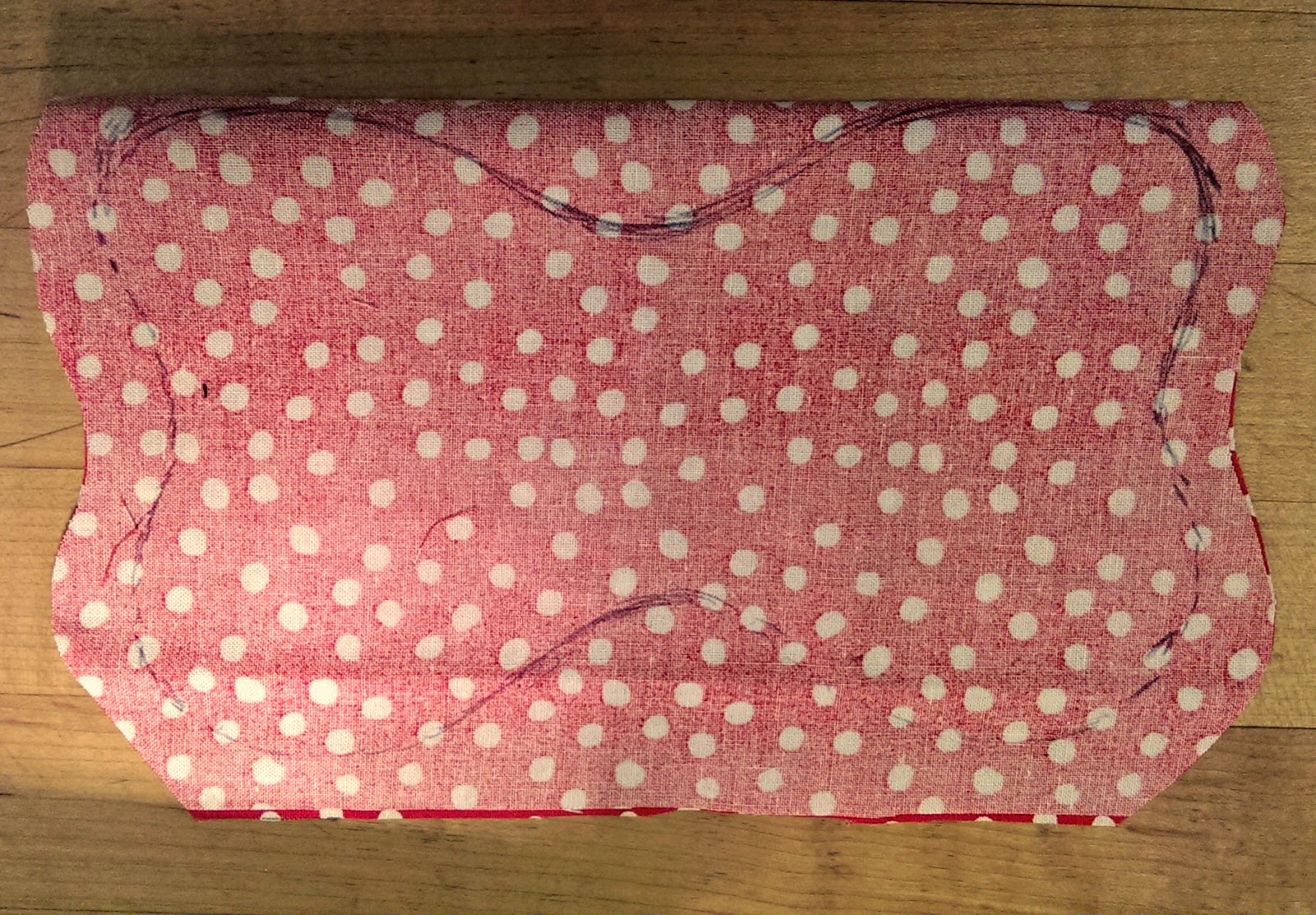 Cut a 4"x6" foam rectangle, then cut small triangular wedges from the middle of each side (see photo below) to form a fat "X" shape. 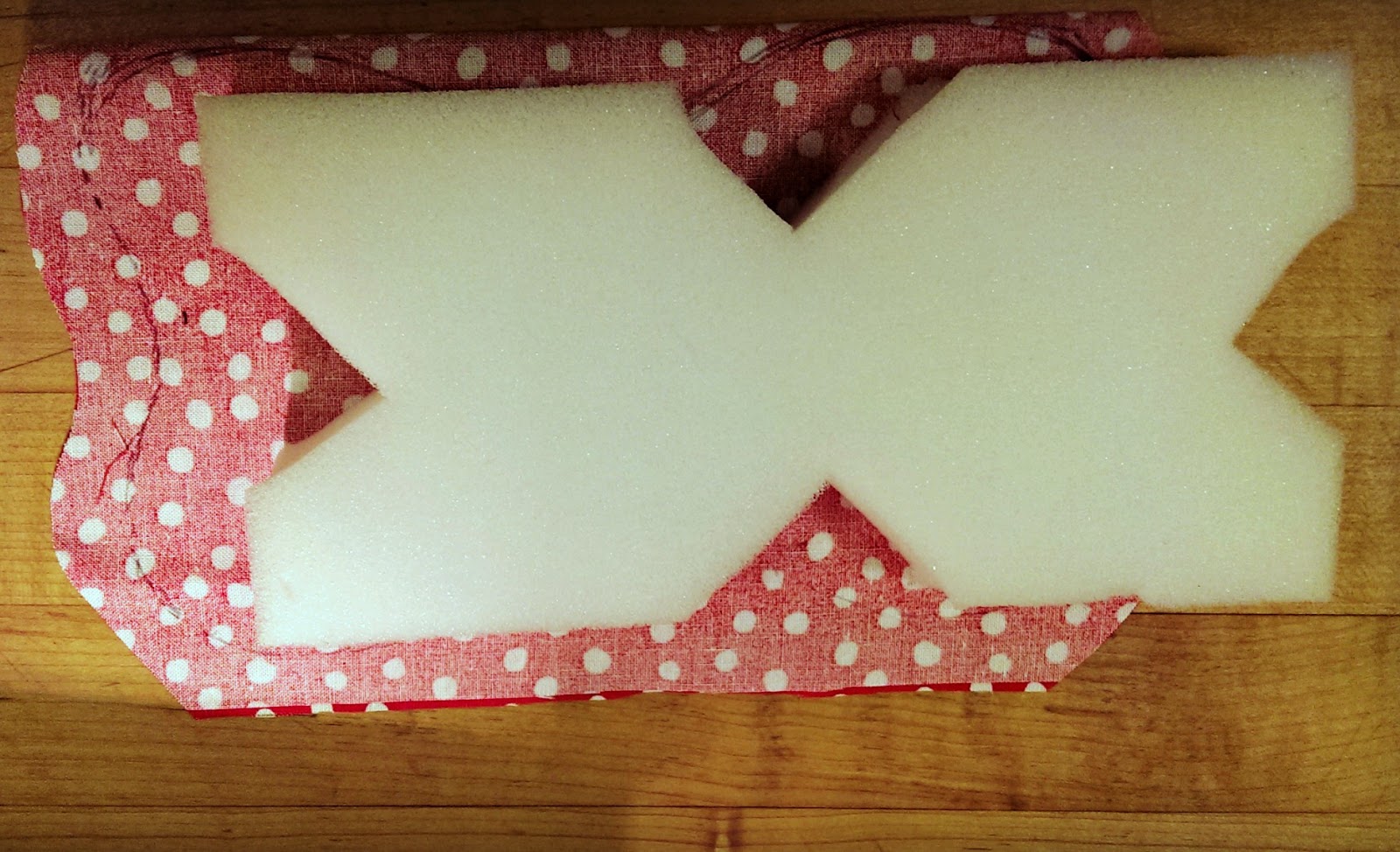 Sew along the lines you drew on the wrong side of the fabric, leaving a small portion open.  Stuff the foam "X" into the cavity. 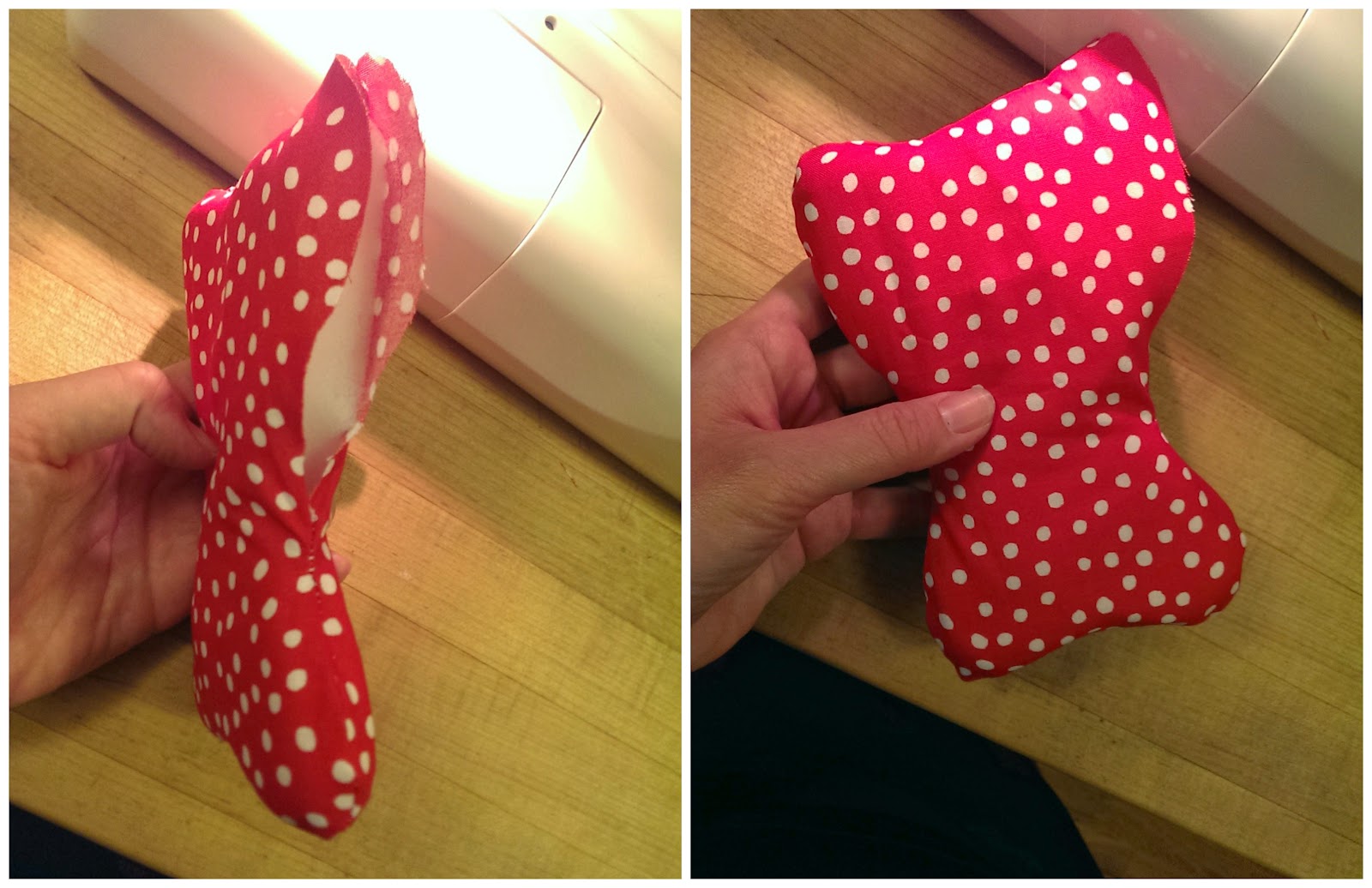 Sew the cavity opening closed.  You may need to trim the foam in order to make it fit. 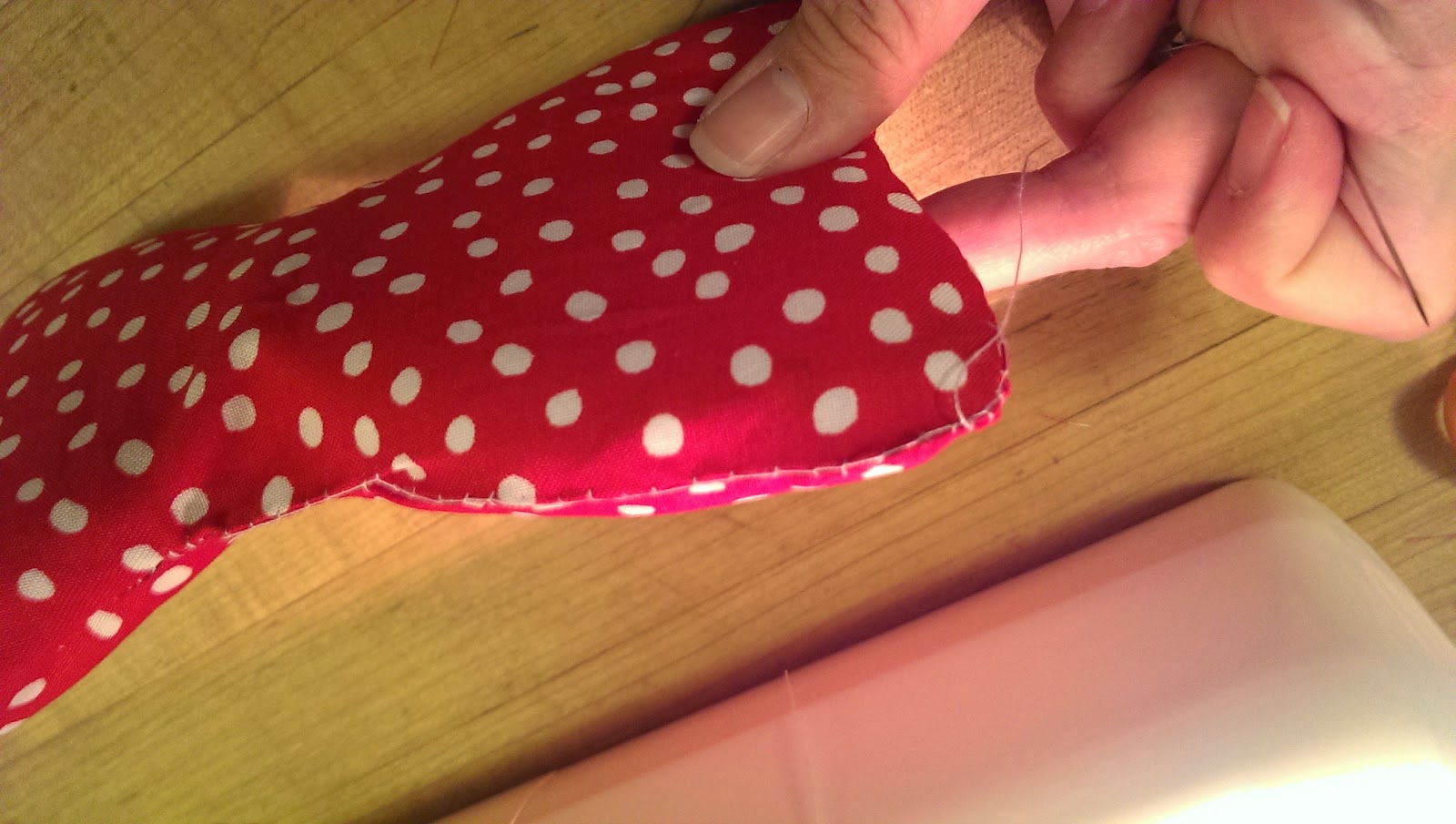 Cut a thin strip of the same fabric, approx. 1"x4", and wrap it around the center of the bow.  Sew or hot glue the strip in place.

Sew the ears onto the top of a black baseball cap, then sew the bow in between the ears.  Once again, I used a pair of Mickey ears to get the ear spacing right (they are about 2.5 inches apart). 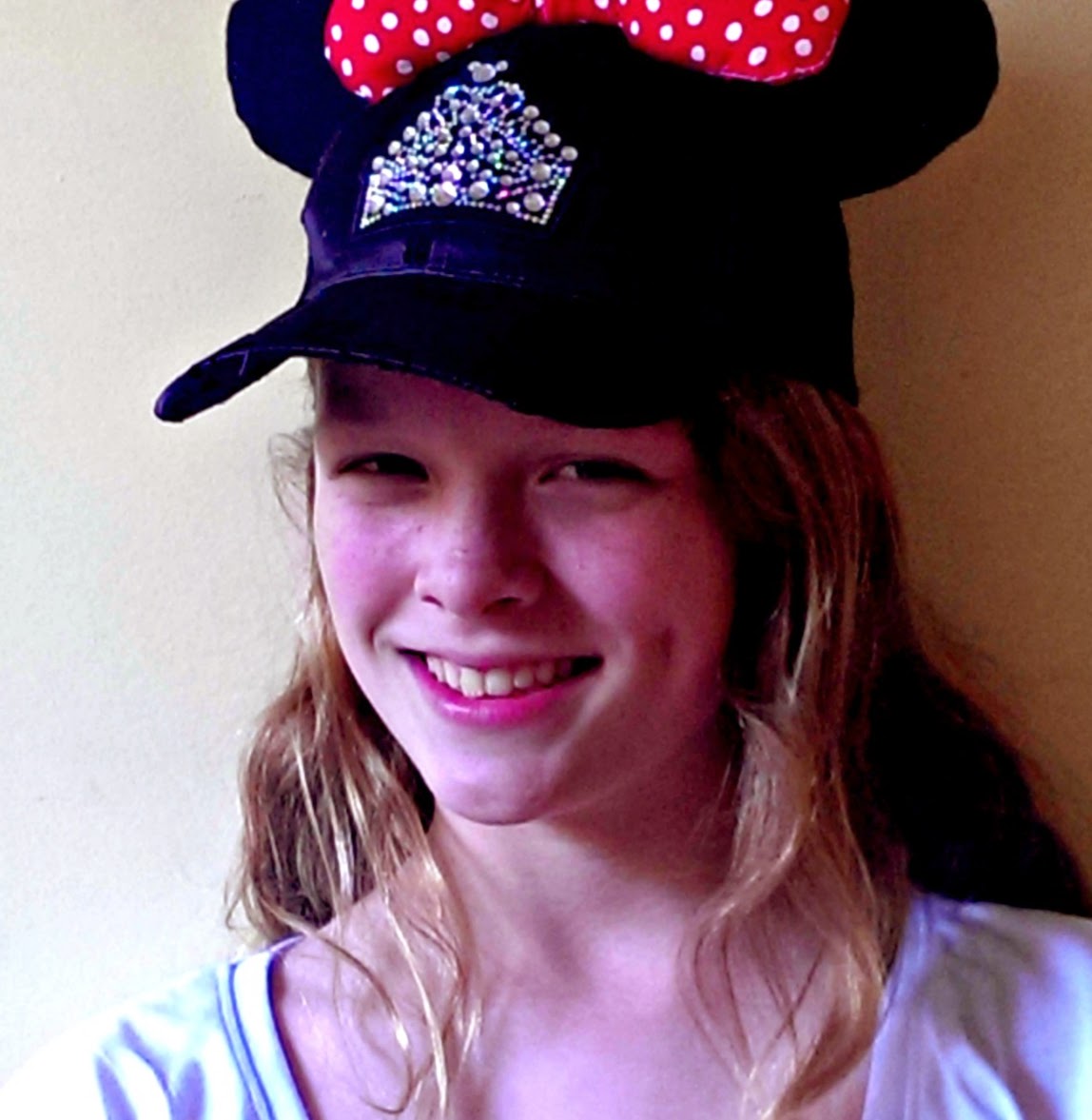 Obviously, if you want Mickey ears instead of Minnie ears, leave out the bow :)  And there you have it, a Mickey or Minnie ears cap that's just perfect for a day out at a Disney park or a runDisney event!