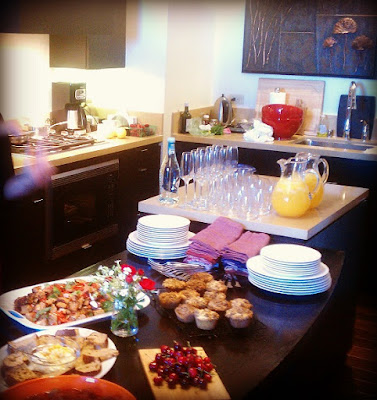 Last week I attended a launch party for food blogger Jennifer Perillo's new cookbook, Homemade With Love: Simple Scratch Cooking from In Jennie's Kitchen.  Everything we ate at the party was one of Jennie's dishes, cooked by Jennie and another food blogger and cookbook author, Gina Von Esmarch.

One of the tastiest dishes there was Jennie's Lentil-Ricotta "Meatballs" -- obviously, the quotes are there because this is a vegetarian version of traditional Italian meatballs.  Since we're always looking for ways to cut down on our meat intake, I resolved that this would be the very first thing from Jennie's cookbook that I would try to make.


Here's Jennie's recipe (it's in her cookbook and also on her blog, In Jennie's Kitchen; there's a printable version on Jennie's blog post)

Add all ingredients to a deep bowl. Mix very well, using hands or a wooden spoon. Cover and refrigerate for two hours or overnight.

When ready to cook, shape mixture into 1 1/2-inch balls. Heat about 1/2-inch of oil in a nonstick skillet over medium flame. Add shaped “meatballs” and cook until browned all around, turning only once. Transfer to a paper towel-lined plate and let excess drain off. Add to simmering marinara sauce if serving immediately, or store in a tightly covered container up to three days.


Easy enough, right?  But you know me:  I rarely follow recipes to the letter, and I'm an extremely lazy cook.  In this case, I didn't relish the thought of shaping and frying all those meatballs.  So I asked Gina what she thought about patting the whole mixture into a loaf pan and baking it like a meatloaf instead.  Gina said it would definitely work, and suggested keeping the oven temperature low so it wouldn't dry out.  She also suggested patting the mixture into little cupcake liners to make little "meat" cakes.  In the end, I went with her "meat" cake suggestion. 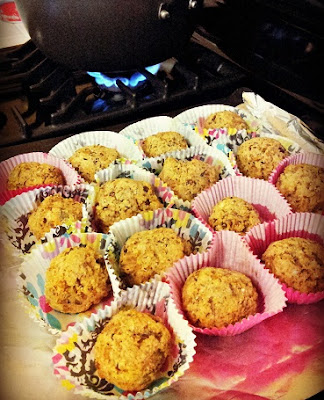 I used an ice cream scoop, so they actually ended up looking like meatballs anyway.  I brushed the tops of the "meat" balls with olive oil, then baked them at 300 degrees until they were done (about 25 minutes).  The "meat" balls were lighter in color than the fried version, but they held together quite nicely. 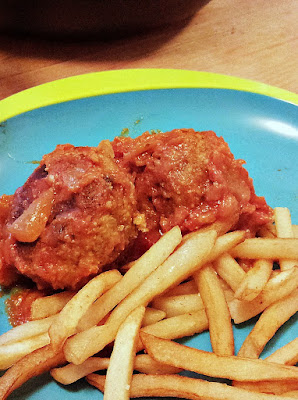 I made my own marinara sauce to cover the "meat" balls in (so no-one even noticed the lighter shade) and served them with oven-baked fries.  They were absolutely delicious!

posted on Friday, May 10, 2013 Labels: recipes
Email ThisBlogThis!Share to TwitterShare to FacebookShare to Pinterest