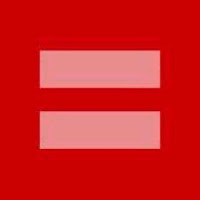 Today was one of those rare IRL -- In Real Life -- days.  I spent the entire morning on a field trip, chaperoning The Pea's 6th grade class around Chinatown.  I spent lunchtime watching old episodes of Modern Family (after months of being on the library's waiting list for the Season 3 DVD, my turn had finally come up!).  I drove the boys to soccer practice, and while they were at the field I took The Pea to Home Depot to choose paint colors for her room.   I checked my email, Twitter and Instagram feeds throughout the day, but for some reason didn't get around to checking Facebook until almost 6PM.  So I was totally unprepared for the sea of red that covered Facebook today.

In case you're late to the party too (or you're sifting through my blog archives years after this post went live), the US Supreme Court began hearing arguments in two historic marriage equality cases today: a challenge to California's Proposition 8 (constitutional amendment to ban same-sex marriage), and a challenge to the Defense of Marriage Act (defining marriage as between a man and a woman).

To commemorate the event, the Human Rights Campaign turned their blue and yellow equality symbol into a red and pink logo, and set it as their Facebook profile picture.  They encouraged supporters of marriage equality to change their logos to show their support, and the movement quickly went viral.

Like all viral phenomenons, people began tweaking the logo to showcase their own tastes and personalities.  I was amazed at the originality and creativity!  Before these logos disappear into oblivion, I wanted to capture some of of my favorite takes on the HRC red logo (I've credited each logo with the Facebook page profile name where I first saw the logo).

I don't usually like participating in Facebook memes.  If you love your mother, share this!. If you hate cancer, share what color bra you're wearing!.  If you believe in God, change your profile pic!  Most people won't, but some will!   The social pressure irritates me!

But this one seems different. Loving your mother or hating cancer is a no-brainer, but unfortunately, supporting marriage equality is not. Revealing your bra color doesn't do anyone any good -- to help the fight against cancer, what is needed is your time and money.  But saying you support marriage equality is exactly what is the gay rights movement needs.  They need to know that their supporters are growing in number.  They need to be able to show lawmakers that they have the strength of numbers behind them.

So I joined the bandwagon.  I changed my profile picture today (I saw the logos with Bert/Ernie and Peppermint Patty/Marci and shamelessly copied the concept).  I want everyone, even my most conservative friends and relatives, to know where I stand.  I want it to be known that I am on the right side of history. 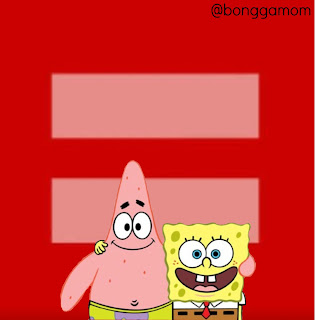