Sunday Scribblings: I wish I had Wings 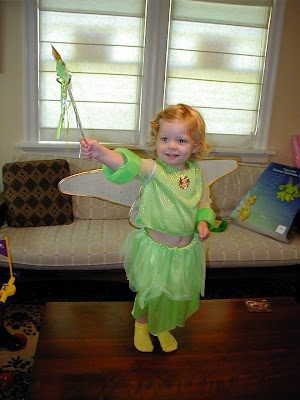 Isn't the Sabbath supposed to be a day of rest? Not for your typical Silicon Valley parent. There just aren't enough hours in the day to do everything we have scheduled. I wish I had a pair of wings to get me from one place to the next. Or a fairy godmother to help me out.


What I've done today so far:
Went to the laboratory and had my blood drawn for some tests.
Went to the drugstore to buy some kids' toothpaste and milk.

Went to Whole Foods market to buy some snacks to take to this evening's barbecue party.
Did three loads of laundry.
Wrapped three birthday presents for birthday parties (one for this afternoon and two for tomorrow).
Went to the Spring Carnival of our sons' new preschool, so hubby could check out the place for the first time. Spent a fortune on bake sale goods, face painting, cereal necklaces, .
Rushed home to drop off sons and change daughter's clothes for upcoming birthday party.
Spent ten minutes fixing up daughter's butterfly-design face paint because she WOULD NOT wash it off for the party and after an hour in the sun it looked like someone had thrown a paintball at her face.
Dropped daughter off at birthday party, negotiating several construction-related road detours along the way.
Rushed back home to put sons down for much-needed naps because birthday party host said they must come along to pick daughter up because she has slices of cake and goody bags specially made up for them.
Checked email, snuck a peek at some of my favorite blogs and started on our house scrapbook.

Still to do:
Wake boys up and make sure they are clean enough to take to birthday party.
They will not be clean, so clean them up as much as possible before leaving to pick daughter up from party.
Pick daughter up from party.
Make sure boys don't eat too much cake because they'll be too hyped up for barbecue at 5PM.
Drag boys from birthday party in the shortest amount of time possible -- because we'll need to get back and get ready for barbecue at 5PM.
Drag boys from birthday party making the least noise possible -- because they won't understand why they need to leave since they've only just arrived.
Prepare appetizers for barbecue.
Get everyone clean again for barbecue.
Go to barbecue.
Chase after kids at the barbecue making sure they don't wreck the beautiful things in barbecue host's house.
Drag kids from barbecue back home, easier said than done after a day of cotton candy and cereal necklaces and birthday cake and barbecue party desserts.
Get kids bathed and ready for bed. Send them back to bed five or six times because they are still hyped up.
Do three more loads of laundry.
Spend five minutes with husband for the first time today.

It's ridiculous! Someone tell me why we do it? I've spent too much time blogging already and writing out the Still to To Do part has made me nervous.. See, wings would really help me out because now I really must, uh, fly.....

Sometimes it's hard to remember that all we really need to do is try our very best and fill the gaps with love.

Aren't these lists crazy? Being a mom is so challenging. But ditto to what STacy said...as a teacher I have lists like this, and a very wise friend of mine said, when all is said in done, just love them...there's so much joy...I can tell by the pictures of you with your princess/fairy godmother in your lap. Thanks for visiting me today. I am blessed.

I don't know how you moms do it! I don't have children so my life is certainly less hectic than yours, but I envy you all the same... your little ones will remember all the love you gave to them, even if it's just taking them to b-day parties and barbeques or washing them up!
And she is just precious!

Thanks for stopping by on my first attempt at SS!

OK now I need a nap to recover from your day (that isn't over yet)! And that photo is too cute for words :)

You are my shero! WOW! What about mom time? I'm thinking magic vibes your way :)

I hope you've landed and are comfortably resting on the couch as I type this!

First of all that picture is adorable!!!
Secondly...How do you do it all????
I thought I was a busy mom!
Kudos to you!
I love your blog!!!

Your still to do list makes me laugh and think of all the times I sit blogging when I have way too much other stuff to get done, like now!