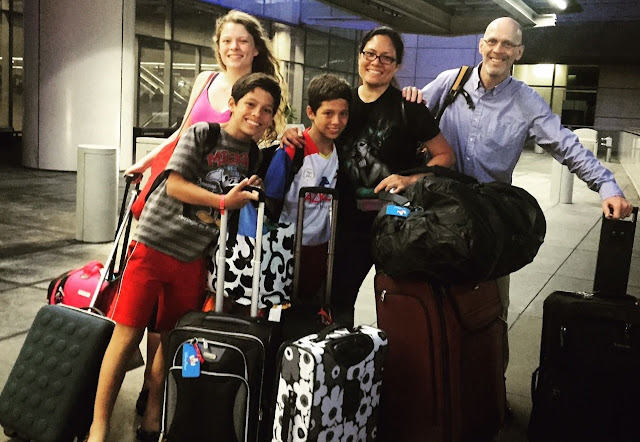 The same goes for our trips to Hawaii and Arizona and Idaho and Massachusetts and Ireland and France and so many other destinations that the kids have been to only once.  They probably don't remember much of those places, if any, which gives rise to the question: Why did we bother to spend all that money on plane fares and hotels and meals and attraction tickets if they don't even remember any of it?

One reason specific to our family situation is that Alfie's and my families live far away. We have to travel halfway in order for to stay close, and for the kids to get to know their grandparents and cousins. Also, we don't have the option to have our parents babysit for the weekend while Alfie and I travel by ourselves, so when we travel, we take our kids with us!

Moreover, I'll be the first to admit that a lot of the benefit of taking young children to new places is for the parents, not the kids. Our kids may not remember meeting Mickey Mouse or seeing their very first snowfall, but Alfie and I do, and we cherish those memories like the treasures that they are. But I still think that traveling with young kids has benefits not only for the parents, but for the kids themselves. There are so many things that travel can teach young children, and I encourage all parents to travel with their children to new places. Here are five reasons I think kids benefit from traveling, even at a young age:

Traveling develops kids' sense of independence and adventure
Whether it's packing their own luggage or guarding it at the airport or holding their own train tickets, kids who travel  . They learn to interact with different people in new situations.

Traveling broadens kids' palates
I already mentioned the willingness to try new things, but food deserves its own mention because every city, state and country has wonderful new foods for kids and grownups to discover.

Traveling makes kids more culturally aware
When kids grow up traveling, they grow up knowing that things are done differently in different places, and that "different" doesn't mean "bad" or "inferior". They grow up with a sense that "different" -- different faces, places, customs, accents, foods, and more -- is not only "okay", but "great".

Traveling dispels the myth of American exceptionalism
It's Gospel Truth that America is the Greatest Country on Earth... but is it? When kids experience first-hand the punctuality of the Swiss, the amazing food of the French, the clean streets of Japan, the architecture of Italy, the history of Greece, the natural beauty of South Africa, the smiling hospitality in the Philippines, they will realize that Americans have a lot to learn from other countries.

Traveling fosters a child's sense of appreciation for what they have
Most families in the US are soooo much luckier than families living in the rest of the world. When you travel to a country that is less well-off than the US -- Mexico, countries in Central America, Italy, Spain, Portugal, anywhere in Southeast Asia, pretty much the entire continent of Africa -- it doesn't take long to see that.


One final note: I'm not just extolling the virtues of foreign travel. The US is such a diverse country, even traveling to different states with your kids will teach them these invaluable life lessons! 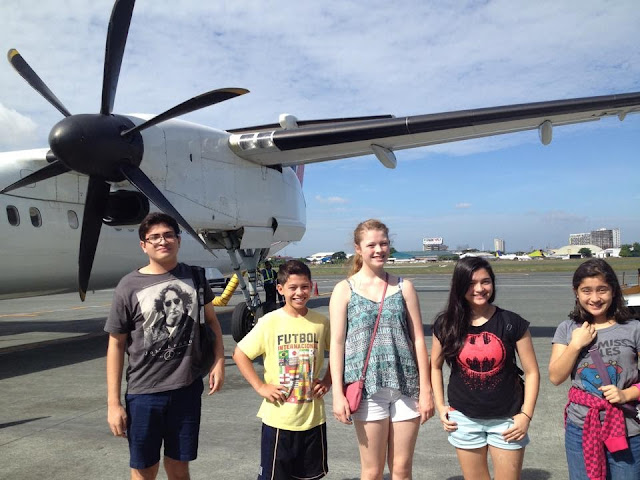