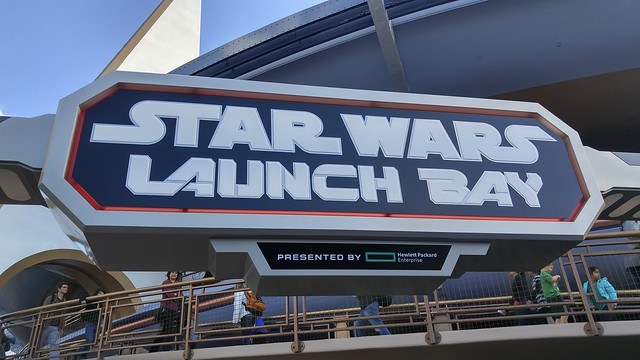 The Force has Awakened! Star Wars 7 has opened, and it is well on its way to becoming a billion dollar movie. If you don't know about The Force Awakens, you must either be living on a rock or have just woken up from a coma. It was been the talk of the town (of the world, actually) for the past few weeks, with people lining up in droves to see the movie. We didn't have the courage to brave the crowds to see the movie on opening weekend, but we are beyond excited to see it!

Star Wars is everywhere, not just on late-night reruns and toys, but on clothing and food and all kinds of merchandise. At the Disneyland Resort, Star Wars has taken over Tomorrowland by way of Season of the Force, a series of limited-time experiences such as Star Wars-themed food, a Space Mountain overlay (Hyperspace Mountain), and a gigantic exhibition called Star Wars Launch Bay.

Visitors to Star Wars Launch Bay can wander through a series of galleries displaying authentic replicas of film props, costumes, models, artwork, and other memorabilia from the Star Wars universe. In the Light Side Gallery, you'll find replicas of Rebel pilot helmets and Jedi lightsabers. In the Dark Side Gallery, you'll find replicas of Stormtrooper armor (you'll be able to how the armour changes over time) and lightsabers of the Sith. The Starship Gallery features models of famous starships and their pilots.  The Preview Gallery features props and costumes used in the upcoming Star Wars: The Force Awakens movie. 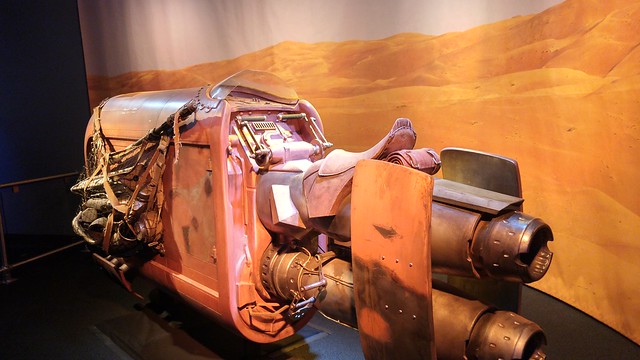 The Launch Bay Theater plays a short clip giving fans a behind the scenes look at the making of the Star Wars movies. The clip features appearances by the brightest creative minds behind Star Wars, including The Force Awakens director J.J. Abrams, Lucasfilm president and The Force Awakens producer Kathleen Kennedy, and Rogue One: A Star Wars Story director Gareth Edwards. It's really interesting to watch, and if you're feeling tired, this is the perfect place to sit and rest your weary legs!

Meet iconic Star Wars characters like Darth Vader, Chewbacca or Boba Fett. Characters stay in a closed-off room and guests line up outside. As with any character meet and greet, not all characters will be around, and they do take breaks. The lines can get pretty long! 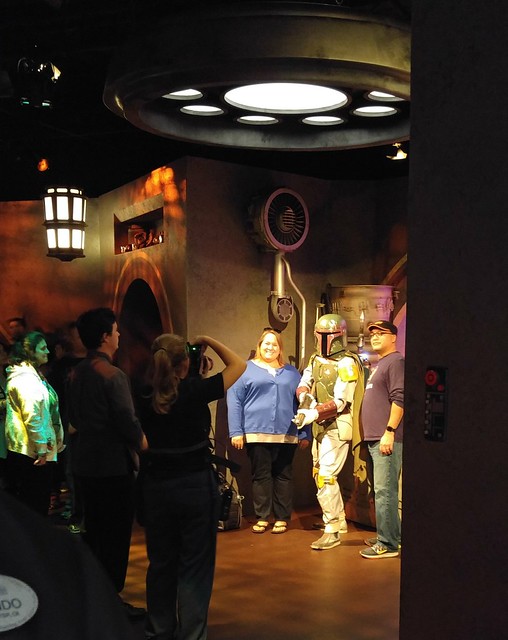 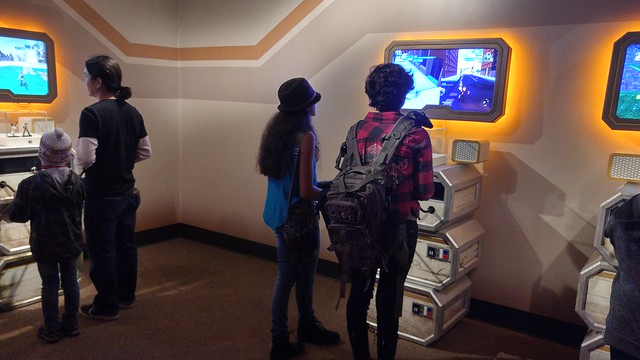 The interior decor of the building is just as interesting as the exhibits. As you enter Launch Bay, look down: the carpet has a welcome message written in the style of the iconic text that scrolls down the screen in every Star Wars film. Look around from side to side: Aurebesh writing (the writing system used to represent Basic, the most common language in the Star Wars galaxy) appears everywhere. The two-floor atrium is lined with light bars that look like lightsaber beams. You really feel like you're inside a Star Wars battle ship! 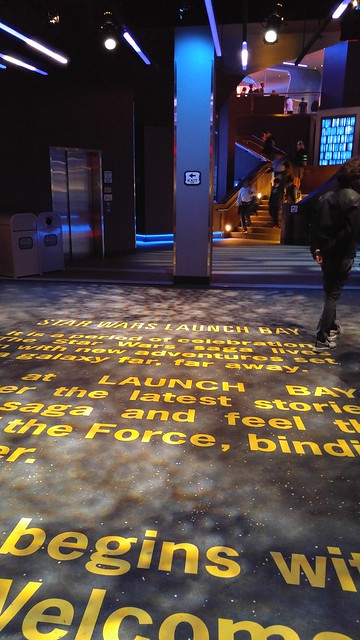 Tattoine comes alive in the Star Wars Cantina set! This area was inspired by the Cantina in Star Wars: A New Hope, the "hive of scum and villainy" in Mos Eisley where Luke Skywalker first met Han Solo. The Cantina is selfie paradise for Star Wars fans -- you can pose by the bar while pretending to play holochess or sabacc (2 popular games in the Star Wars galaxy)

A word of warning: you might have to borrow money from Jabba The Hut to afford some of the things on sale here. The Kenner toys cost almost $100 and original paintings cost $500 and up. 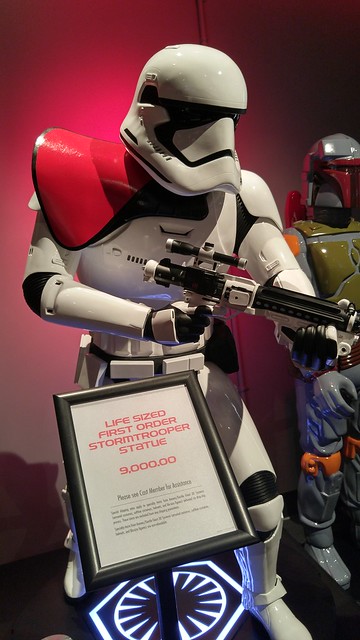