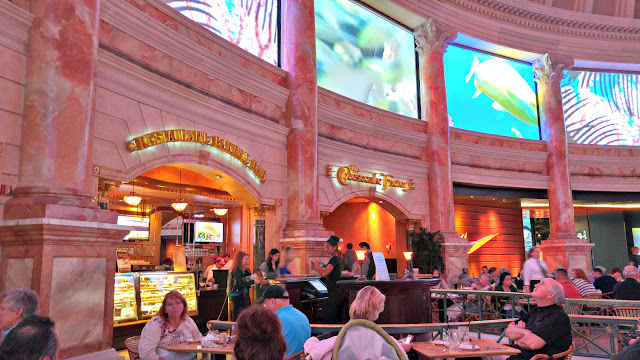 When I lived in Boston, The Cheesecake Factory was my go-to-restaurant for family meals. My sister and brother-in-law introduced me to the place, and we ate there on special occasions. You'd think I would have been happy when The Cheesecake Factory opened a branch in Palo Alto, but in the last fifteen years we've only eaten there twice. I guess the novelty had worn out by then, and the large portions kind of turned me off.

Last week I was in Vegas with my two sisters, and we found ourselves in front of The Cheesecake Factory at the Forum Shops in Caesar's Palace just as our stomachs started rumbling. My sisters looked longingly at the cheesecake display, and I agreed to give the place another shot.


Eating at Cheesecake Factory that evening was like having a reunion with an old friend. My favorite dishes (Orange Chicken, California Omelette, Hot Spinach and Cheese Dip) were still on the menu, but I decided to order something new. I chose the Thai Lettuce Wraps, which turned out to be delicious. My tastebuds have evolved since I last ate at Cheesecake Factory, and I was able to handle the spicier dips without a problem. The veggies were crisp and fresh, and made a wonderfully light counterpart to our heavier, creamier dishes. 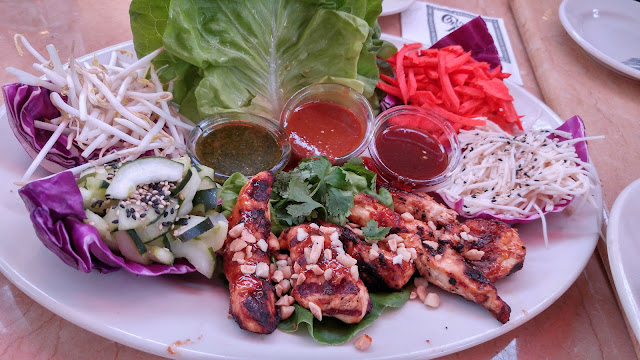 The Herb Crusted Fillet of Salmon was nice and meaty, with a lemony tang. The mashed potatoes were amazing! 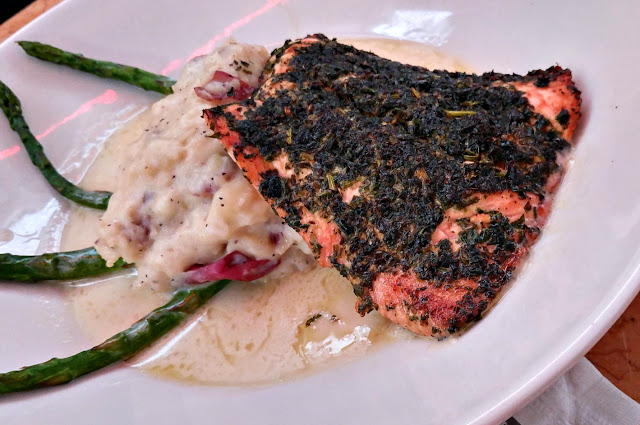 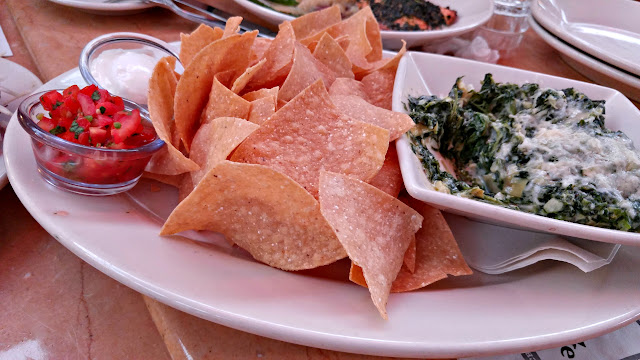 We're well aware of the large portion sizes at The Cheesecake Factory, so we shared two appetizers (the Thai Lettuce Wraps and the Hot Spinach and Cheese Dip) and a lunch-sized entree (the Herb Crusted Fillet of Salmon). That was more than enough for the three of us; we left half of the tortilla chips on the table to save room for dessert.

If you've never eaten at The Cheesecake Factory before, you should definitely save room for dessert! Their cheesecakes are famous (or notorious). They have over 2 dozen varieties as well as seasonal flavors like pumpkin and peppermint bark. We could easily have shared a single cheesecake between the three of us but we couldn't decide between Dulce De Leche and Caramel Pecan Turtle.... so we ordered both! We could only manage to eat half of each flavor. 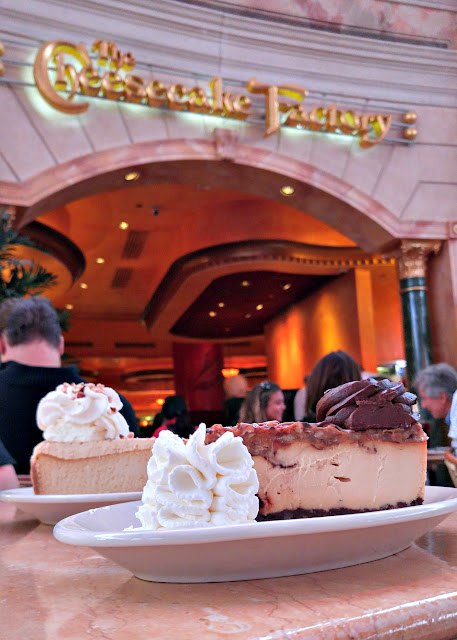 The total bill (we did not order drinks) came to $60, or $20 per person. Frankly I'm not sure why I've avoided eating here for so long. My kids have never eaten here, so I think it's time we gave The Cheesecake Factory another visit!