Where to find Dole Pineapple Whip in the Bay Area 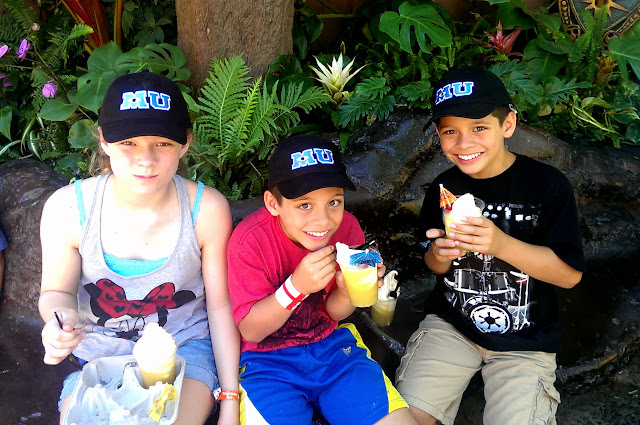 If you read my blog or follow my Instagram/Twitter/Facebook feed, you'll know that I'm obsessed with the Dole Pineapple Whip Float. It's my favorite Disneyland treat, and I have one every time I visit the park. I love it so much I even searched high and low to find the perfect recipe for homemade Dole Pineapple Whip Float so I can make it myself when I'm craving the taste.

One of the things that makes the Dole Pineapple Whip Float (and the ice-cream-only version, the Dole Pineapple Whip) so special is that it's only available at Disneyland or Walt Disney World. Sure, I've heard of places outside the parks that claim to sell it. Apparently there's even one in San Francisco called Pineapples. But does it really taste like the real thing?

I haven't been to Pineapples, so I can't speak for their version, but a few months ago we were at the Santa Cruz Beach Boardwalk, and I stumbled onto this place: 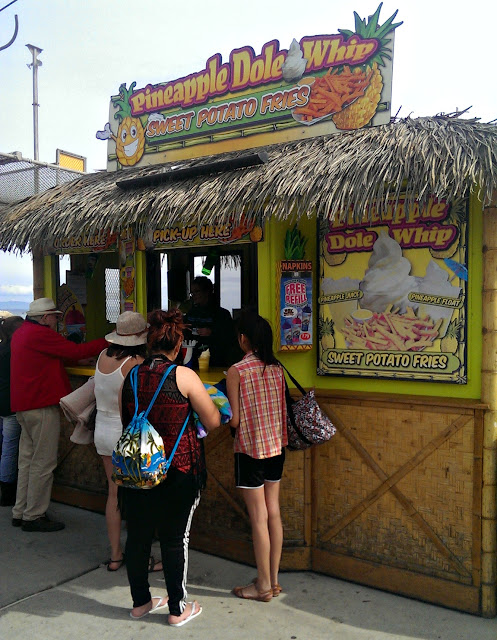 I guess they got around the trademark restrictions by naming themselves "Pineapple Dole Whip" instead of "Dole Pineapple Whip"?  The kids and I nearly freaked out with excitement and immediately lined up to buy our little slice of Tiki Room Heaven. 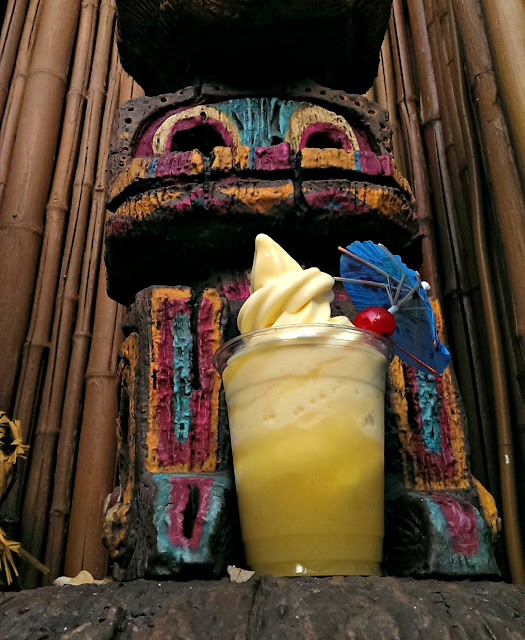 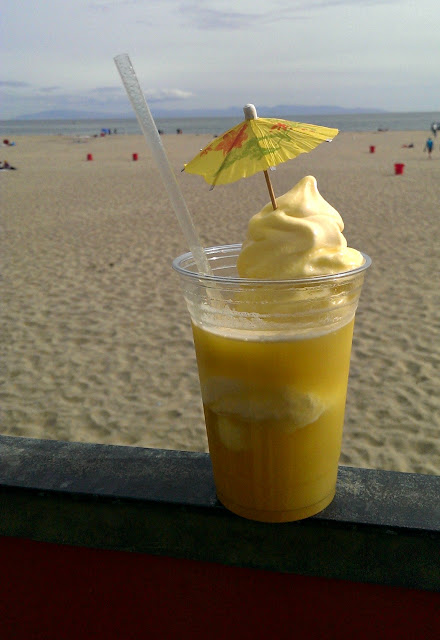 The only thing missing is the maraschino cherry! The soft serve machine looks just like the one at Disneyland, and I know they use real Dole Pineapple Juice because I saw the stacks of cans lining the side of the booth. As for the taste, if you close your eyes and take a sip, you can almost imagine yourself in Adventureland, listening to the Tiki Gods usher visitors inside the Enchanted Tiki Room. 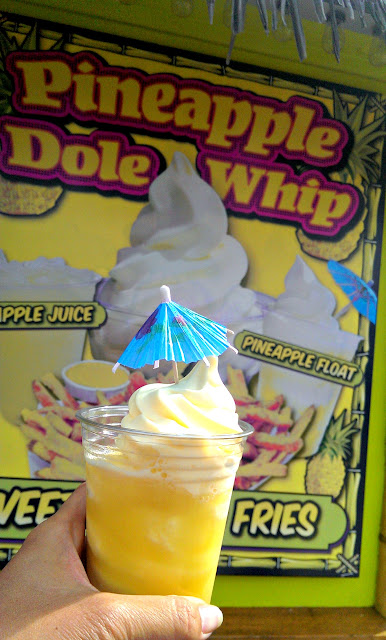 These floats are about $1 cheaper than the ones at Disneyland. It's the perfect substitute!  Note that I said "substitute", because everything tastes better at Disneyland!  Lovely though the Boardwalk may be, you won't find me sleepless with excitement the night before we visit.  I'm ecstatic that I've finally found a place to satisfy my Dole Whip cravings, but honestly, part of what makes the Dole Pineapple Whip taste so good is that I'm enjoying it at Disneyland!

We had Dole Whips at Disney World last week, yum! Do you have one of the t-shirts? We saw them at the gift shop - not for the Tiki House, but specifically for the Dole Whip!