Things I didn't know about Monsanto 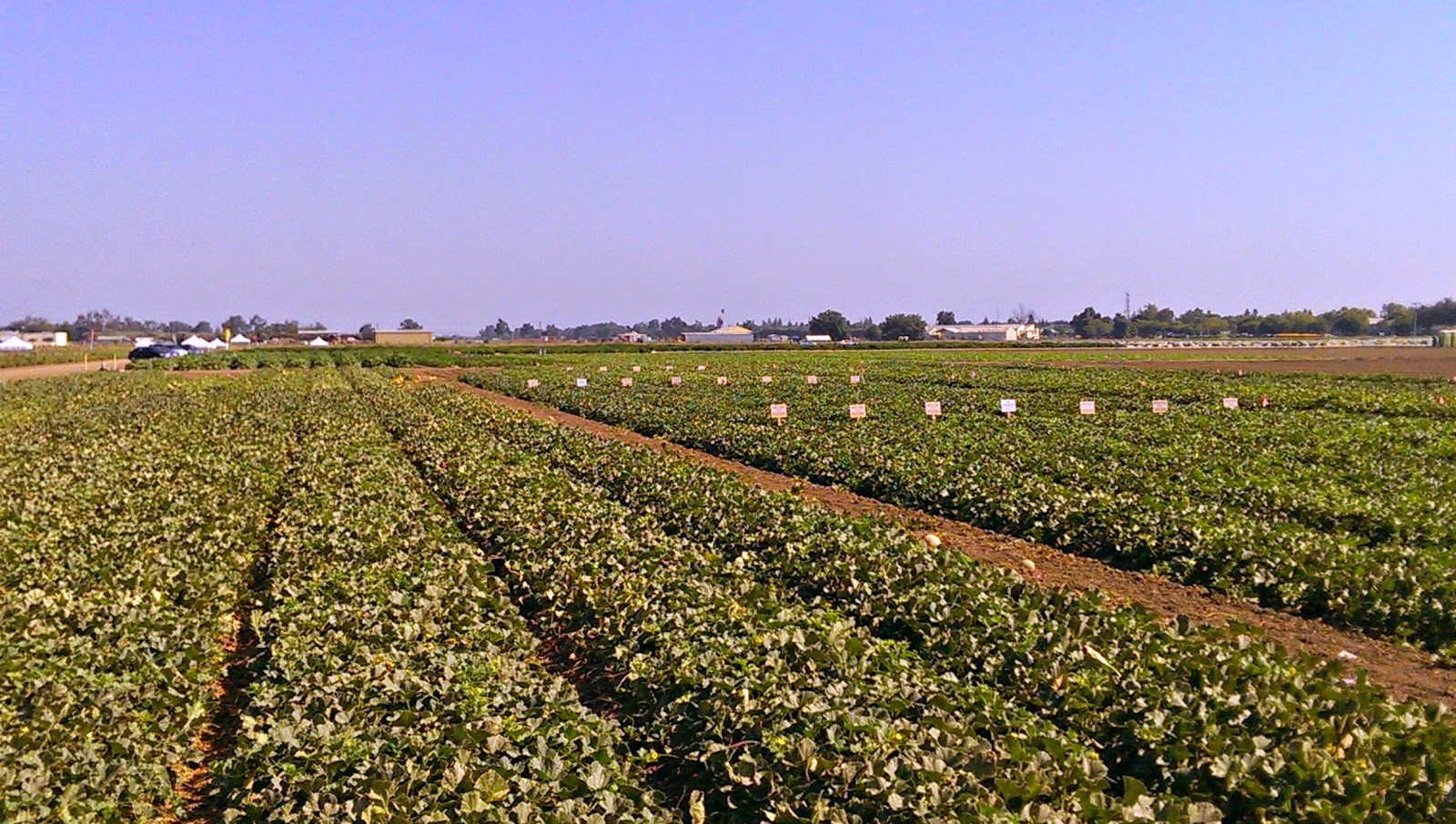 Monsanto is a company that people love to hate.  There are many companies that attract controversy: Nestle, Walmart, McDonald's, PepsiCo, Coca-Cola, to name just a few, not to mention just about any oil company, tobacco company or bank.  But none of them, not even Philip Morris or RJ Reynolds, is as universally negatively viewed (reviled, even) as Monsanto.

So why did I agree to spend a day with Monsanto at their research facility in Woodland?  I guess I wanted to hear what they had to say.  Are they really worse than Morris or RJ Reynolds, the companies who marketed tobacco to minors and concealed research proving that smoking is addictive and lethal?  Or can a company that was recently defended by Neil Degrasse Tyson -- the spokesperson for science and logic, every liberal's hero -- be all bad?


After a day spent walking through fields and tasting all kinds of fruits and vegetables, I think Monsanto succeeded in showing me and a few other bloggers that they're not just about GMOs. We actually had a fascinating day learning about traditional plant breeding techniques, what kinds of characteristics are valued in different markets (For instance, did you know that markets in Brazil and South America generally prefer their watermelons large and seeded?  And that Brazilians and Japanese also like yellow-fleshed watermelons?), and how breeders try to come up with varieties of fruits and vegetables with the traits that match those markets.  The Pea came along with me, and I took the opportunity to show her another career path for people interested in math and science (Many of the breeders have PhD's; they even have a guy with a PhD in taste!). 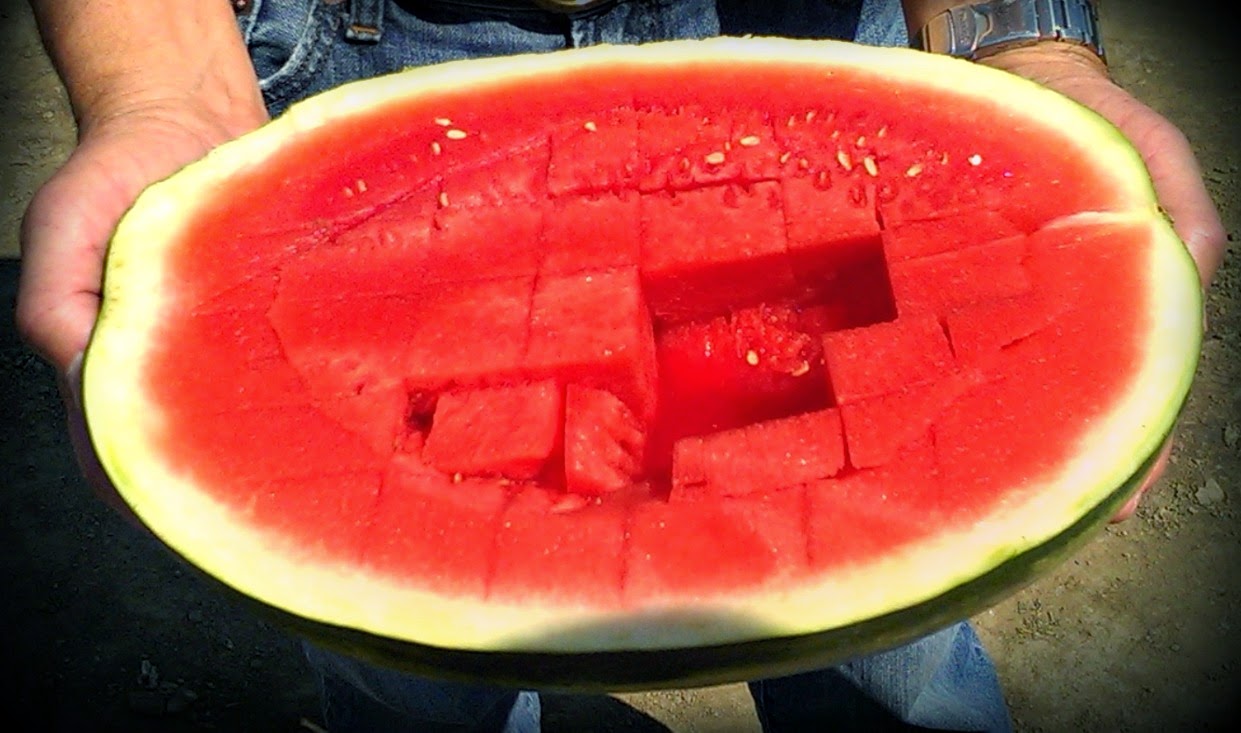 At the end of the day, I learned 4 important things: 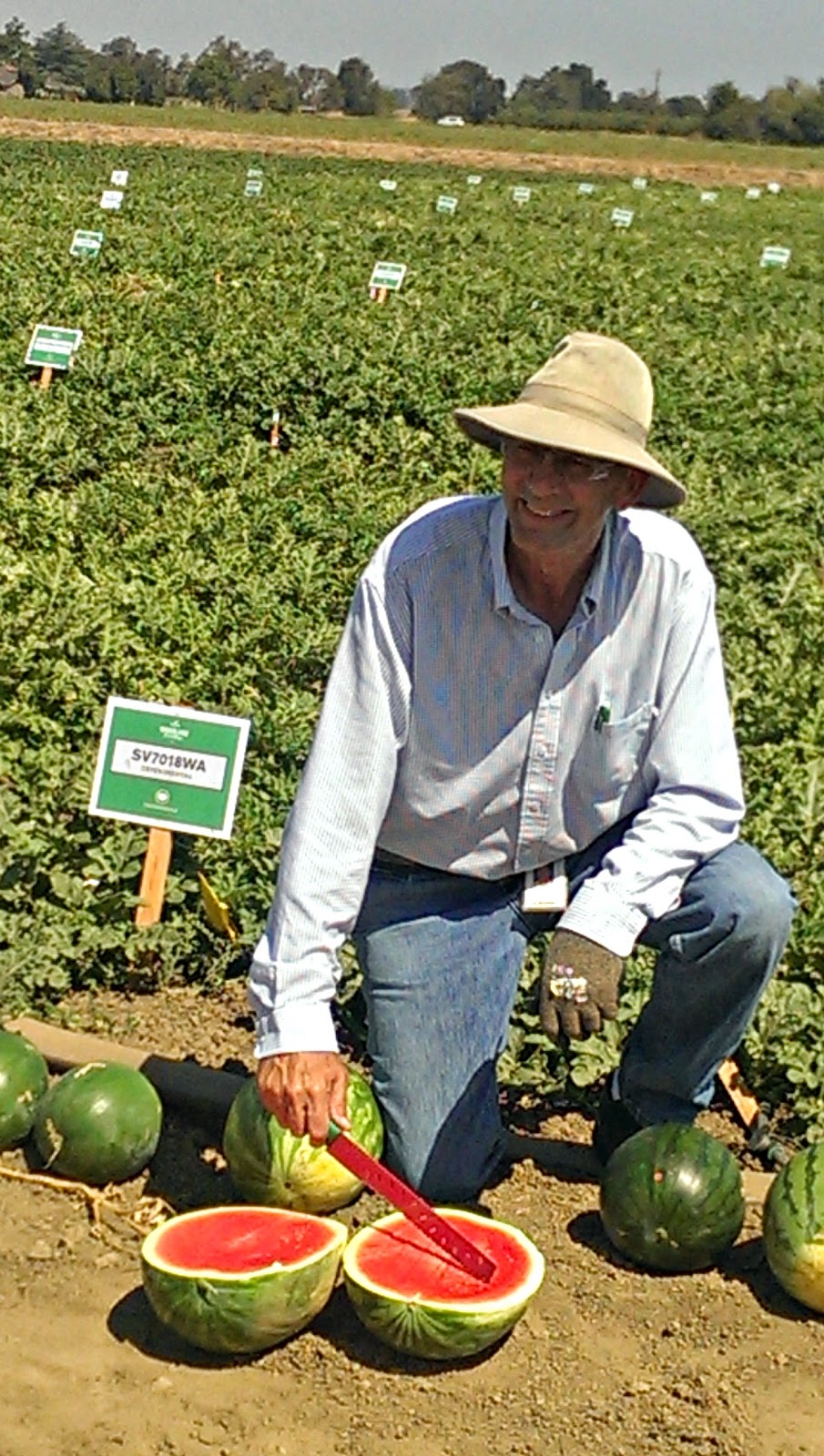 There are only 8 GMO crops approved in the US  Alfalfa, canola, corn, cotton, papaya, soybean, sugar beets, and squash.  Every other crop -- fruit, vegetable, grain, etc.. -- is conventional.

You're probably already consuming GMOs.   In the U.S., GMOs are in as much as 80% of conventional processed food. Cereals, crackers, chips, bread, cookies, canned soup, bottled sauces, condiments, drinks and many more can contain canola, corn, soy, or sugar.  Brands such as Betty Crocker, Duncan Hines, Pepperidge Farms, Kellogg's, Nestle, Nabisco, Heinz, Coca-Cola, and many more use GMO ingredients.  This has been the case for about 15 years now, since the late '90s when GM crops became widespread.

Monsanto is not the only producer of GMO seeds.  Their competitors are Syngenta, Bayer, and BASF, although Monsanto does dominate the market (Monsanto controls 80 percent of the GM corn market, and 93 percent of the GM soy market in the US).

Monsanto also develops conventional seeds. As I mentioned before, there are only 8 GMO crops in the US.  Monsanto offers more than 2,000 seed varieties in 22 different crop families -- broccoli, carrots, cauliflower, melons, watermelons, tomatoes, peppers and more. They develop their seeds using traditional plant breeding techniques, and 98 percent of Monsanto's R&D budget is spend on traditional breeding programs. 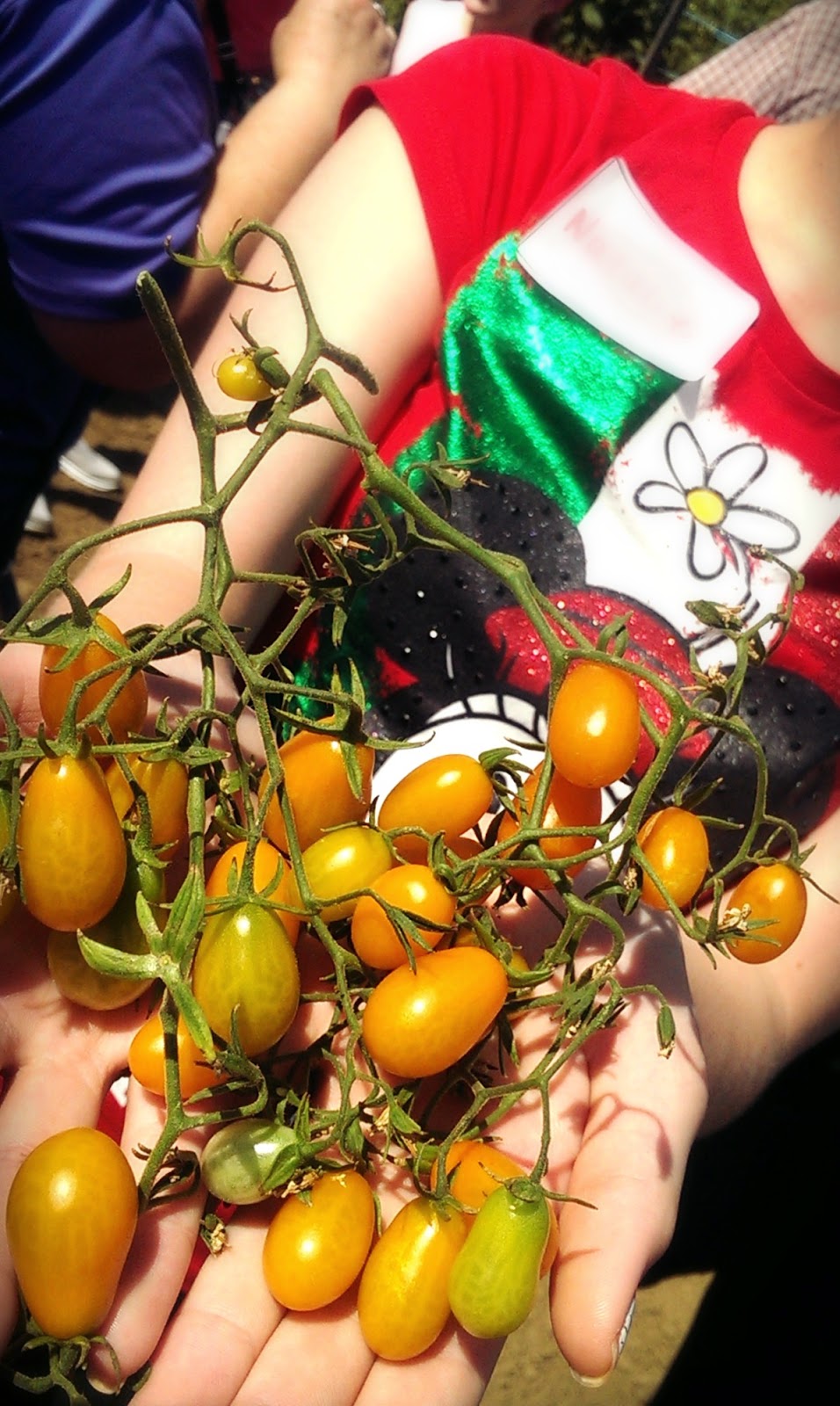 So now I'm left wondering whether some portion of the anti-Monsanto sentiment is a result of extremely poor PR.  Of course, Monsanto didn't do themselves any favors by developing saccharine, Agent Orange, or the bovine growth hormone BGH (thankfully they don't do any of those things now). The fact that they sell GMO products and pesticides guarantees that they'll always be controversial.  But surely farmers have a choice -- they can choose to plant GMO seed or choose to plant conventional seed. They can choose to buy pesticides or use alternative, sustainable farming methods, or go organic.

Does this mean I'm now Monsanto's new corporate mouthpiece?  Heck, no! Before everyone starts filling up the comments section with insults, I want to state for the record that while I don't think Monsanto is the devil incarnate, I don't think they're angels, either. Like many/most big businesses nowadays, I don't see any evidence that their mission is to do anything but to make as much money as they can.  I'm always suspicious of companies who enjoy such overwhelming market dominance that they can almost be considered a monopoly.

Sorry Monsanto, I disagree.  Whether or not GMOs are safe (and I can point to studies that support both sides of the issue!), people deserve to know what's in their foods.  It's called informed consent! If poll after poll shows that the majority wants to know whether something contains GMOs, then Monsanto should respect their preferences.  Maybe people might even change their minds about GMOs once they read the labels and see how many of the foods they consume every day already contain GMOs ("Well, nothing has happened to me or my family so far...").   Maybe if they didn't lobby so hard against GMO labeling bills, their image and reputation might improve.   Maybe Monsanto should take a cue from McDonald's and Coca-Cola: they both clearly label their products with calorie count and nutrition information! 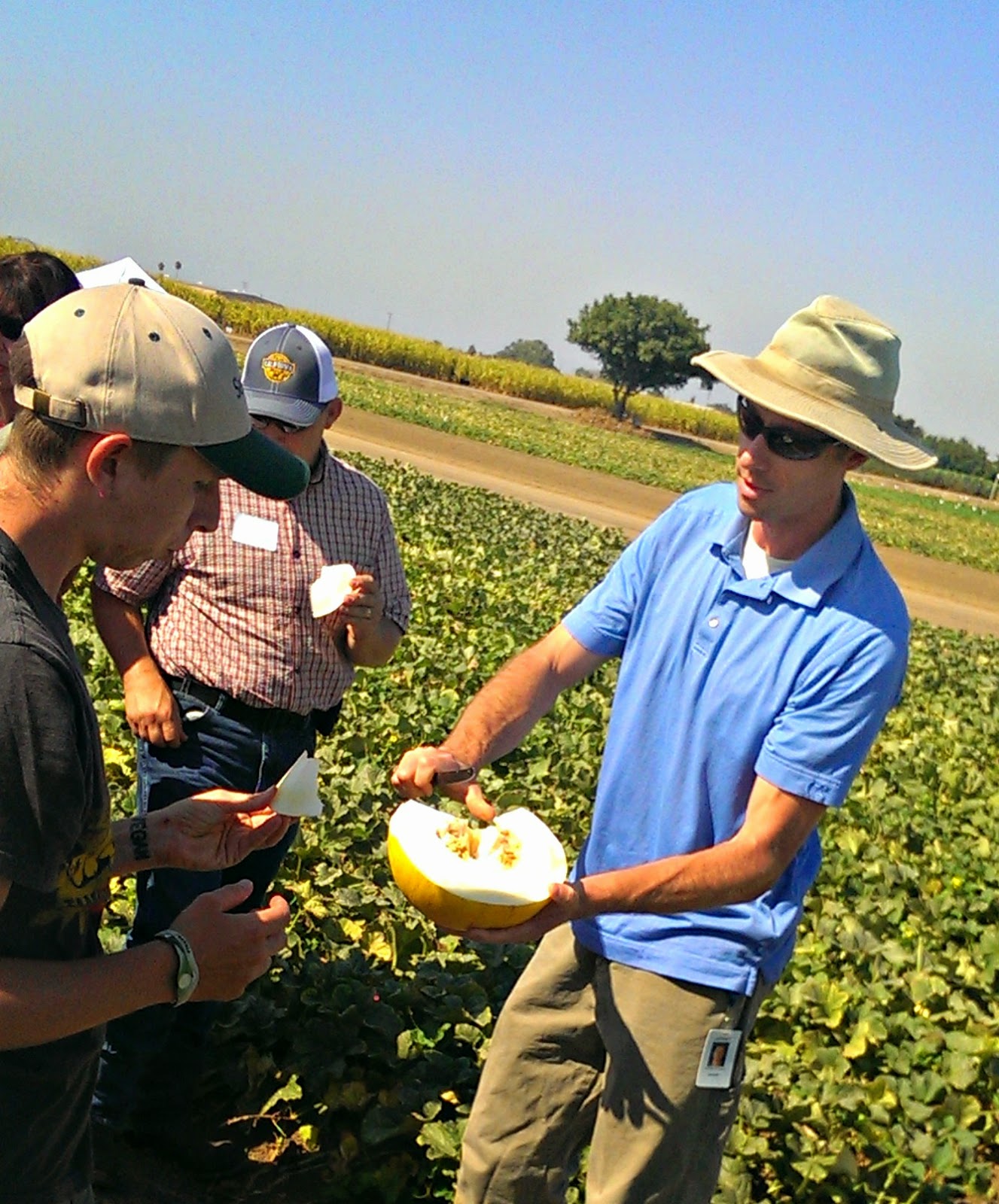 In many ways, Monsanto is like McDonald's or Coca-Cola. They both sell some good things, but mostly junk. They both fiercely defend their technology and their trademarks.  But unlike Monsanto, McDonald's and Coca-Cola both seem to have a positive image in the US, and an even more positive image worldwide. I'm at a loss to understand why.


Disclosure: Monsanto provided a transportation stipend and lunch for the Woodland Monsanto blogger tour. No other form of compensation was received. All views and opinions expressed are my own.

It was great getting to spend time with you and your daughter... so glad you enjoyed the day and I appreciate your sharing your thoughts. Really appreciate seeing your perspective. On the labeling topic, I know we had time to discuss it at lunch. I'm not sure why I feel like certified organic offers a clear non-GMO choice and that is sufficient for me. I get the feeling that isn't enough for some folks.