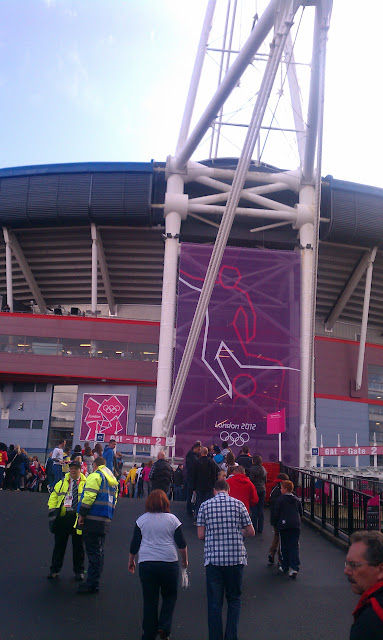 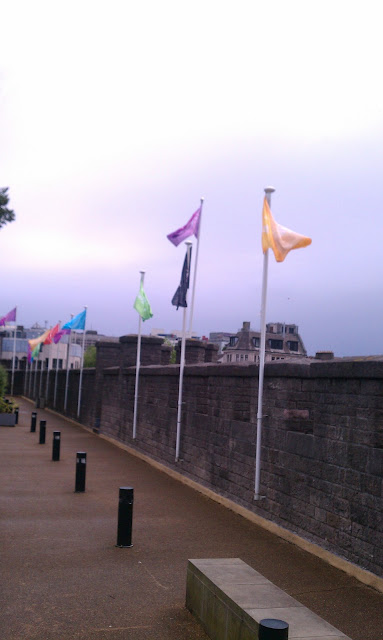 Cardiff Castle, which is just around the corner from the Millenium Stadium, is festooned with Olympic flags! 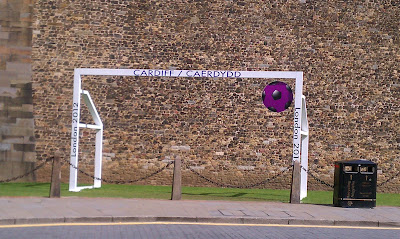 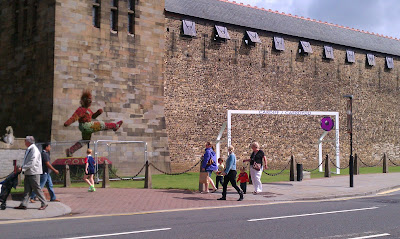 Unlike most of the UK, football (soccer) is only the second most popular sport; around here, rugby rules the roost.  But for this Olympic tournament, a London 2012 goalpost shared top billing with a rugby-playing lion topiary outside the walls of Cardiff Castle. 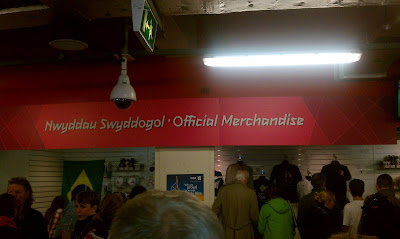 All of the Olympic posters and flags and signage we saw around London, we also saw around Cardiff. The only difference was that all the signs in Cardiff have Welsh translations. 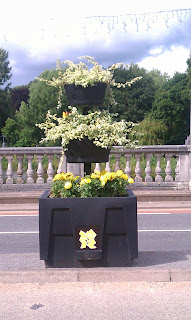 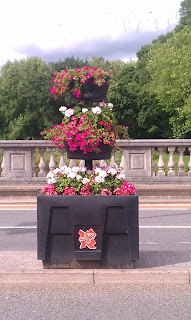 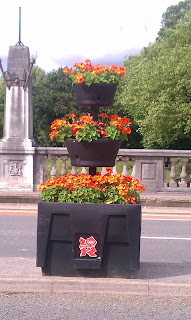 One thing I did not see in London were these pretty flowerboxes lining the center of a 2-way street.  The color of the flowers matches the color of the London 2012 logo on the floxerbox. 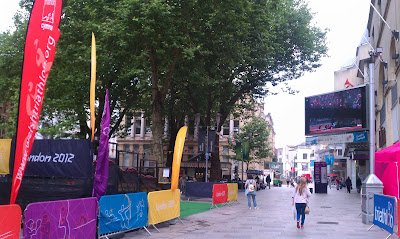 While walking around Cardiff's city centre, we found an official Live Viewing site, with rows of seating arranged in front of a giant tv screen.  Even though it was only 10 in the morning, and the shops were just starting to open, the chairs were already half full with fans watching athletics. 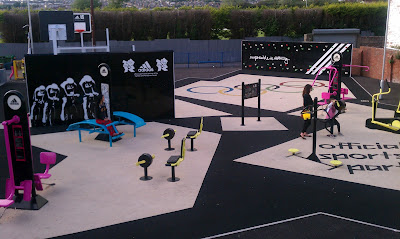 This Olympics sports park isn't in Cardiff, it's on Barry Island, a little seaside town about 20 minutes drive from Cardiff.   It's called the Adi-Zone (guess who funded it?), and it has a bunch of equipment where aspiring athletes can work out. 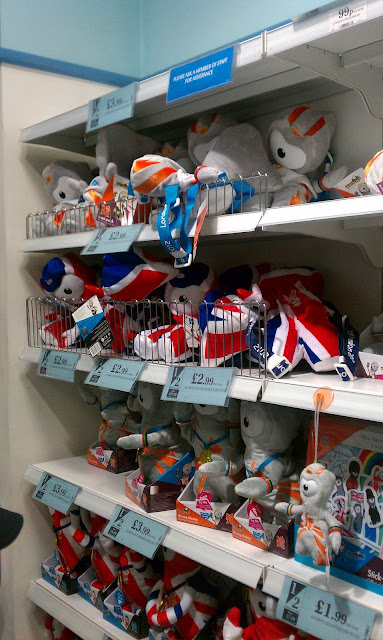 The best Olympic signage we discovered in Cardiff was the sale rack at the local Home Bargains.  I felt  like we had stepped into the Twilight Zone, because we found official Olympic merchandise at 70% off!   We found stuffed Wenlock mascots that were selling inside Olympic Park for £7, for just 99p!  I think that's definitely an Olympic record for low prices :)

Wow--must be so exciting to be in London right now!